Portland Fire and Rescue fight the brush fires behind Kenna Hall. A woman has been charged in connection with starting the fires.

A woman has been charged in connection to a string of suspicious brush fires that burned near campus on the bluff below the university Wednesday morning, one coming within a few feet of cars parked behind Kenna Hall.

Portland Fire & Rescue and Portland Police were on the scene at around 10:40 a.m. after witnesses reported seeing Clark setting fires in the brush below campus. No injuries were reported, and no buildings or property were threatened.

According to Portland Fire & Rescue Public Information Officer (PIO) Lt. Rich Chatman, besides the fire adjacent to campus, there were three or four other small fires in the brush below Willamette Boulevard, southeast of campus. Chatman said all fires are considered “suspicious” based on information from witnesses.

The fires were small, but Chatman added that the brush is extremely dry, and the end of August usually marks the beginning of wildfire season.

“It's the moisture content in the vegetation that makes all the difference,” Chatman said. “And that moisture content dries out after several weeks –– especially months –– of hot weather with no rain. So what we're seeing now is a very dangerous time of year for any of those kinds of things to happen."

Police temporarily shut down Willamette Boulevard from North Harvard Street to the main entrance of the university near North Fiske Avenue as firefighters put out the flames. Four fire engines, one truck, a brush rig and two battalion chiefs came to the scene.

Chatman said all the fires were put out within 45 minutes. Firefighter Jesse Altig said the fire near Kenna burned around half an acre and was the largest one.

Students on campus and in the surrounding neighborhoods saw the smoke from the fires. Residents left their dorms as fire trucks arrived and the smell of smoke filled the air.

Amy Howlett, a sophomore, was outside of Shipstad making signs with friends to welcome freshmen to campus when she saw ash fall from the sky.

“It was a lot of smoke,” Howlett said. “We couldn't see any actual fire, but it was just very –– it was kind of scary just seeing so much smoke.”

Chatman and Altig both stressed that students should be aware of what is going on around campus, especially during the dry season.

“Be vigilant,” Chatman said. “If you notice something that appears to threaten the safety of the campus, please report it.”

Maddie Pfeifer is the news and managing editor for The beacon. She can be reached at pfeifer21@up.edu. 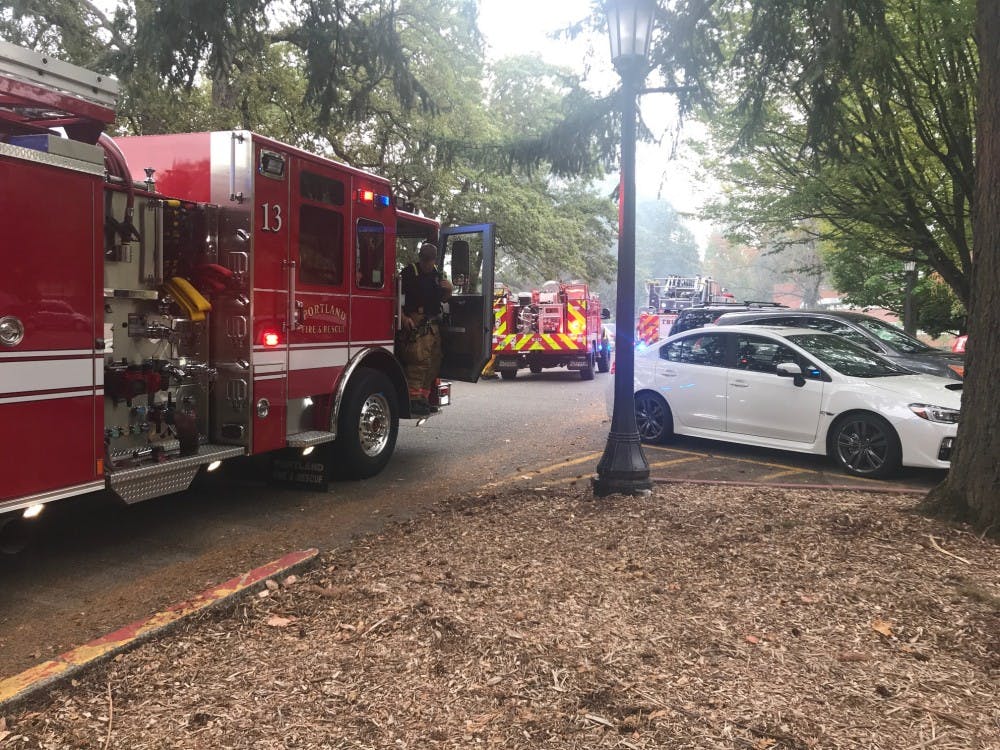