Editorial: We all have a stake in the fight to save local news

By The Beacon | April 11, 2018 7:38pm
Photo taken in the Los Angeles International Airport by Kayla Velasquez

Since Donald Trump became the Republican candidate for president and later won the 2016 presidential election, the news has taken quite a bashing. Suddenly, terms like  “fake news” and “alternative facts” have become part of our everyday discourse. On Twitter, Trump called the media “the enemy of the American people,” which directly contradicts the First Amendment. The sources we rely on to keep us informed and in the loop are continuously vilified by the man holding our country’s highest office but not because they’re inaccurate. Trump seeks to diminish any publication he does not agree with, claiming inaccuracies where there are none.

It’s not a coincidence that Trump attacks news. The absence of it in some counties might have helped him win. Trump is more popular in areas that lack traditional news outlets.

In reaction to Trump’s claims, some of us began to question our news sources, and we scrutinized specific journalists, but the reality is large corporations and wealthy individuals began purchasing our news companies long before Trump ever entered the primaries. And most of us didn’t really notice (or care) until the Sinclair incident.

Recently, anchors at the local Sinclair-owned stations were forced to read a statement. Deadspin compiled a video of local journalists all reading the same statement on camera verbatim. Although the Sinclair-mandated statement is about eliminating “fake news,” the underlying message is clear: other stations are “fake news.” Stations owned by Sinclair aren’t.

But the problem is good, honest, ethical journalism isn’t limited to a single media group. Aside from the “fake news” denouncement, we’re troubled by Sinclair’s ability to literally put words into the mouths of established journalists who are able to think and speak for themselves.

Journalists need to be able to report on stories regardless of what a company that owns the station they work for thinks. Journalists have to be able to question authority to do their jobs correctly. They can’t worry about what a powerful corporation thinks because it has the power to fire them.

Aside from Sinclair’s impending monopoly on local news  —  which the Federal Communications Commission could stop, but probably won’t because the two organizations have a history of collaboration  —  Alden Global Capital LLC, another behemoth media buyer, has been buying newsrooms left and right. You see, Alden Global owns a company called Digital First Media (formerly Media NewsGroup Inc.), and while Alden Global hasn’t forced statements on anchors like Sinclair did, it has chopped newsroom staffs in half.

Alden Global fires staff to save money, but gutted newsrooms cannot function the same way and aim for the same quality with a smaller staff.

The Denver Post, a paper owned by Alden Global, has now asked the company to sell it to someone who is interested in good journalism over profit. Recently, the Post accidentally published a large error on its front page, which isn’t surprising if you consider the first people fired in a newsroom are usually the copy editing staff. In other words, the people who make sure that every “i” is dotted and every “t” is crossed and that the small print is accurate because even though it’s small, it still matters. Yeah, those are the people who are first to go.

As staffs shrink and funding disappears, our newspapers and local news stations are endangered. They may not be as cute as the red panda or as majestic as the black rhino, but they’re in trouble, which means you are too.

Local journalists are the backbone of journalism because they represent us. They focus on our communities. They report on the tragedies that define us and the local heroes who inspire us all. They’re the ones who talk to us and ask for our stories.

Without newspapers, Richard Nixon probably would’ve continued his term, Joe Paterno would still be a hero at Penn State and Harvey Weinstein would still be luring women into hotel rooms. Our lives change when we’re informed and able to share our personal stories with the press. This isn’t something we can afford to lose.

Whether you’re a journalist or not, you’re not powerless. Speak out against biased news sources. Tell your unwitting grandma who owns and influences her favorite TV news station and look it up if you don’t know. A reporter at the Denver Post shared a helpful thread on Twitter of other ways to support your local news community.

While many of us here at The Beacon might be looking ahead at careers in journalism, this isn’t just our fight. It’s yours too. The downfall of the cornerstone of our democracy, the fourth branch of our political system, affects every single one of us. Don’t be a bystander in the fight for the truth.

Do you agree? Disagree? Write in! 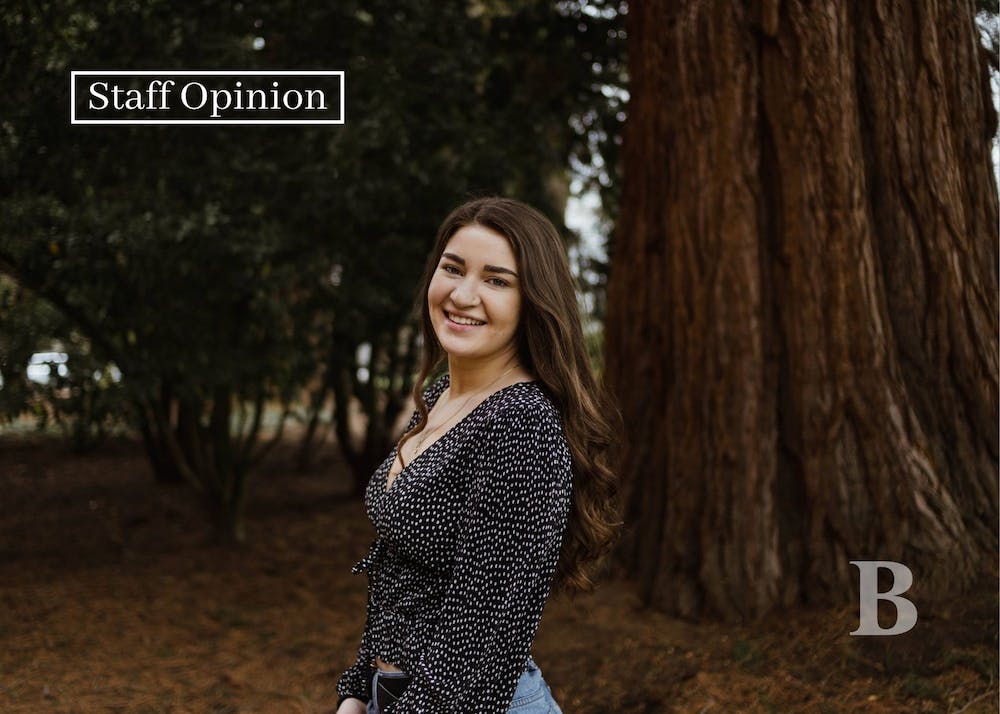