Simone Biles (left, gold) and Alexandra Raisman (silver), both from the USA, at the Olympic Games in Rio after competitions in all-round. Biles and Raisman are two out of numerous athletes who have been sexually assaulted by former USA Gymnastics doctor Larry Nassar. Photo by Danilo Borges/brasil2016.gov

Nassar’s trial, where a total of 156 victims spoke, dominated the news cycle. Many praised the IndyStar for its stellar investigative reporting on Nassar’s sexual abuse, but there was one piece of journalism that has floated under the radar.

Back in December, The State News asked for MSU President Lou Anna K. Simon to do something to react to the Nassar scandal as the school remained silent on the matter. On Dec. 3, the Lansing State Journal called for Simon’s resignation after it became clear MSU officials had received reports about Nassar’s inappropriate behavior long before it became national news.

This January, The State News followed suit, citing similar reasons. Calling for Simon and several other administrators to resign was an act of journalistic integrity. It was a bold, but necessary, call to action. And it worked. On Jan. 24, Simon resigned.

Student media can often feel inconsequential next to national and even local news, but a team of reporters willing to hold a corrupt administration accountable is at the core of what every journalist should aim to do.

The Beacon applauds The State News for telling the truth even when it’s hard. There are a lot of misconceptions about student media and the kind of power it can wield, the kind of independence and autonomy we are largely lucky to have.

Students and faculty alike have come up to Beacon staff and said things like, “It must be hard to have President Fr. Mark Poorman approve all the stories you print.” This is a frustrating misconception. Although Poorman is the publisher of The Beacon, he delegates editorial authority to the student editors.

We never want to have to write an editorial like The State News’. Our hope is always that the leaders of our university hold themselves to the highest possible professional and moral standards. But it’s important to address that we work for no one but ourselves on behalf of the student body. If the situation arises, The Beacon will hold administrators accountable in the same way.

The State News has done a laudable job in its response to the Nassar scandal. Standing up for the truth isn’t always easy.

It’s true that most of us at The Beacon are students still learning what it takes to craft a great news story or take an award-winning photo. Even when we think we’ve nailed one story, we’re always looking to do better on the next one. We put in the hours to hone these skills because, as a news platform, our job is to report accurately to you. We may not be The New York Times, but we take what we do here seriously.

Sometimes the issues we report on aren’t comfortable. Yes, we cover sporting events and make Santa Claus videos, but we’re also dedicated to covering news like sexual assault allegations, staffing shortages at the Health and Counseling Center and faculty pay negotiations. It’s hard to realize that sexual assault occurs at your own college, that the on-campus health center was sending students away without treatment, or that the professor you adore does not feel she is being fairly compensated for her work. But it’s important for news like this to be shared so that we as a community can respond accordingly and demand change.

Like The State News is at Michigan State, The Beacon wants to be your voice. Share your opinions with us. Help us report on issues that matter. Let’s speak truth to power, together. 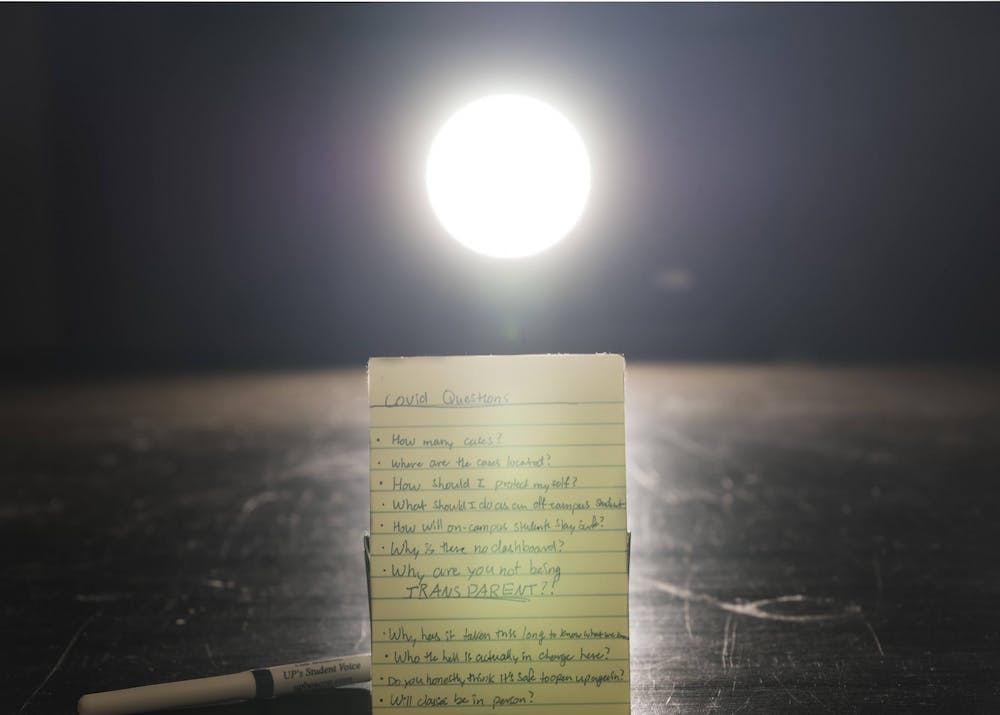