Portland shark attack survivor begins to pick up the pieces

Joe Tanner lives in Portland, works as an emergency nurse and enjoys adventuring. He says the hardest part of recovery has been being immobile.

Joe Tanner drove up just north of Cannon Beach on a sunny Monday morning. He surfed from noon to 2 in the afternoon, took a break to have lunch with a friend and headed back into the water around 4 p.m.

Leaving his friend to stretch on the shore, the 29 year-old paddled out past the break and got into the water, resting his arms on his surfboard, his lower body submerged.

That’s when it happened.

Something took hold of his leg and pulled him underwater. To Tanner, it looked like a big, grey wall. He couldn’t see a head or a tail. He didn’t think it was happening. It was a robot shark, someone was messing with him.

Then came the next wave of thought — he was going to die.

What happens next would be documented in the Oregonian, KOIN 6, FOX News and the Washington Post. Tanner was a bona fide hero, punching the shark in its gills, shouting for everyone to get out of the water, instructing passersby on the beach on how to tie a tourniquet around his leg to stop the bleeding.

“This was a freak accident,” Tanner said. “This was crazy. I felt like (it) was following me, just ready for seconds. I knew I had been bit, I knew I was leaving a trail of blood to shore and then the pain really started hitting.”

Now, nearly a month later, The University of Portland alumnus (‘15) sits atop a grey blue set of sheets, a shade that matches his eyes and the reflection a great white shark might cast on the ocean’s surface.

Stretched out on a bed in his Portland home, Tanner’s foot rests in a thick blue cast propped up on pillows. Next to him is a bedside table cluttered with papers, empty cups, his laptop and a Spalding basketball signed by the Trailblazers.

Tanner unravels the events of Oct. 10 as if he’s rehearsing for a play, stoically delivering lines he’s said over a hundred times. Tanner’s been telling this story for weeks, in and out of surgeries and doctor’s appointments.

He just got out of his fourth and, he hopes, final surgery, a topic that provokes a large sigh from his parents sitting on a futon opposite him.

Mending his wounds after the attack at Legacy Emanuel Hospital — the same hospital he works at as a critical care nurse — Tanner told doctors that there was something wrong with his foot, but they didn’t listen. He went back to have it looked at a few weeks ago and, sure enough, a muscle in his leg had been severed, making him unable to flex his foot.

The extra surgery added another three weeks to Tanner’s recovery. The whole process, he says, has been frustrating.

As an avid swimmer, adventurer and a critical care nurse in love with the fast pace of his job, Tanner doesn’t sit well.

His uncle let him borrow the password to his HBO account. He’s been reading a lot of magazines and “catching up on the terrible things happening on the Earth.” He’s even started knitting again.

But all Tanner wants to do is go back to work and get back in the water. He won’t be able to start working in the hospital for another 12 weeks. He hopes to be fully recovered by May, when he’s planning to surf in Mexico.

“I don’t want Mexico to be my first time in the water,” Tanner says. “I don’t feel it right now but, being logical about it, I’m sure I’ll be a little nervous (to go in the ocean again).”

When many of his close friends heard the news, Tanner says their first reaction, aside from shock and show of support, was: “Of course this happened to you.”

The Idaho native is no stranger to crutches. He’s had knee surgery twice and a shoulder surgery. He’s been in near-death situations as a commercial fisherman in Alaska. He’s volunteered in Kenya and driven his motorcycle across India.

“Everything I’ve done in my life has kind of prepped me for this,” Tanner said. “I’ve been in a couple hairy situations where I’ve thought, ‘This is how people die.’”

But Tanner says, after the shark bite, he knew as soon as he rolled onto the shore of Indian Beach that he wasn’t going to die. His nursing background, gained from UP’s nursing program, saved him from the paralyzing terror almost anyone else would feel in that moment.

“They teach you first, know your airways are open, know that you’re breathing,” Tanner said. “Those are the two things that’ll kill you first and then the third is checking that you’re not bleeding out. With all those three things checked off, I was like, ‘I’m going to live.’”

Then all that was left to feel was pain.

Tanner says it didn’t hurt at first when the great white shark sunk its teeth into his right thigh. He hardly realized he’d been bit, paddling his heart out back to shore. He could just barely reach his head back to see the trail of “blood crumbs” he was leaving behind him.

He caught a wave on the last 40 yards, floating on his stomach back to shore.

“That was the best feeling I’ve ever had in my life, just knowing that I’m cruising away from danger into safety at 15 miles an hour,” Tanner says.

The numb, relieved feeling began to wear off after six men in bare feet and wetsuits carried him up the beach’s sharp rocks and steep grade. As they called 911 a second time and loaded him onto the back of a truck, the Portland nurse began to feel the worst pain he had ever felt in his life.

Meanwhile, West Woodworth, Tanner’s friend who had pulled him out of the water, called Tanner’s mother. Roye Ely got the call as she and her husband, Steve Tanner, were driving to have dinner with friends.

She picked up, thinking it was a solicitor, and heard “Hi, you don’t know me, but do you know somebody named Joe?”

It took her about five minutes to believe the guy when he said, “Your son’s been bit by a shark.”

“I fell apart,” Ely says. “He’s had so many accidents, this just seemed like it wasn’t fair.”

They turned the car around, drove back to their home and frantically threw clothing into a suitcase. The couple, who live in Coeur d’Alene, Idaho, heard the news around 5:20 p.m. and made it to the hospital in Portland at 1:30 in the morning.

They usually listen to books on tape when they make the drive to Portland, but Steve Tanner says those seven hours were filled with silence and hand holding.

“Imagine driving across the state with that,” Ely says, tears welling up in her eyes. “We knew he was alive and that’s all we knew.”

The couple didn’t find out that Tanner would be able to keep his leg until around midnight that night.

Since then, Ely has come down with pneumonia. Tanner has been largely immobile and the family has had to put their usual fall plans of harvesting firewood in their large acreage outside Coeur d'Alene on hold.

While things have been hard, Tanner and his parents say the outpouring of support from loved ones has made the experience livable.

Tanner stretched apart his thumb and his index finger and said, “I have a stack of cards this thick … I did build a lot of relationships (in my life) and this is why you do, because of times like this when you really need support.”

Tanner has a Gofundme site that has reached $18,400 of his $20k goal. He says it’s helped him pay to fly out and lodge his 6-year-old daughter and her family, so she could see him after the attack.

“I told my daughter that the shark made a mistake,” Tanner said. “It wasn’t trying to hurt Papa. I was in its home and that’s just sometimes what happens. It’s like if you have a puppy and it scratches you. It didn’t mean to hurt you, it was just playing. I was being tasted ... but it’s a similar thing.”

Tanner says he’s a part of a small community now that he’s a shark attack survivor. The father of Bethany Hamilton, the girl who lost her arm from a shark attack in Hawaii in 2003, sent him a care package.

He’s gotten free beers at bars. His parents were offered free two-week passes to L.A. Fitness (right as Joe has to put his own membership on hold). And the Trailblazers gave him an autographed basketball and two tickets to two games of his choice.

Tanner seems unphased by his brief moment in the spotlight, though it’s afforded him some strange experiences.

“I got a message from a CBS recruiter for ‘Survivor,’ Tanner said. “It was a terrible introduction. He was like, ‘You’re already a survivor. I think you’d be a great candidate after your recovery.’ I was like, first of all, screw you.”

Even his parents have been bombarded with calls.

“Inside Edition called me everyday for two weeks before I told them to just go away,” Ely said.

But the best attention Tanner has received has come from friends, fellow nurses and family. Tanner says the support he’s received from his UP family has been incredible. The former Dean of Nursing Joanne Warner took him out to dinner. His nursing professor Halina Barber took him to a doctor’s appointment.

“It’s been amazing the number of friends and acquaintances in the UP Nursing family he’s had that have stepped up to the plate,” Steve Tanner said. “It’s pretty amazing how cohesive this group is.”

“Somewhere down the road, it will get clear to Joseph what the lesson he learned from this is and that lesson is going to make his life better,” she said.

According to Tanner, the lesson might be to “slow down.”

“Life is really fragile,” Tanner says. “And it’s usually shorter than you think.”

While the tattoo of the Leo zodiac symbol on Tanner’s right thigh might be permanently fragmented — the shark bit right through it — his life won’t be. He’s already starting to pick up the pieces.

He’s thinking about adopting a puppy. He’s in the planning phase of building a tiny house. And he’s looking forward to using the pain he felt in the ICU after his own accident to empathize with patients when he gets back to work.

Tanner was the first person to suffer a shark bite on the Oregon coast since 2011. But, according to his friends and family, if anyone can handle it, it’s Joe. 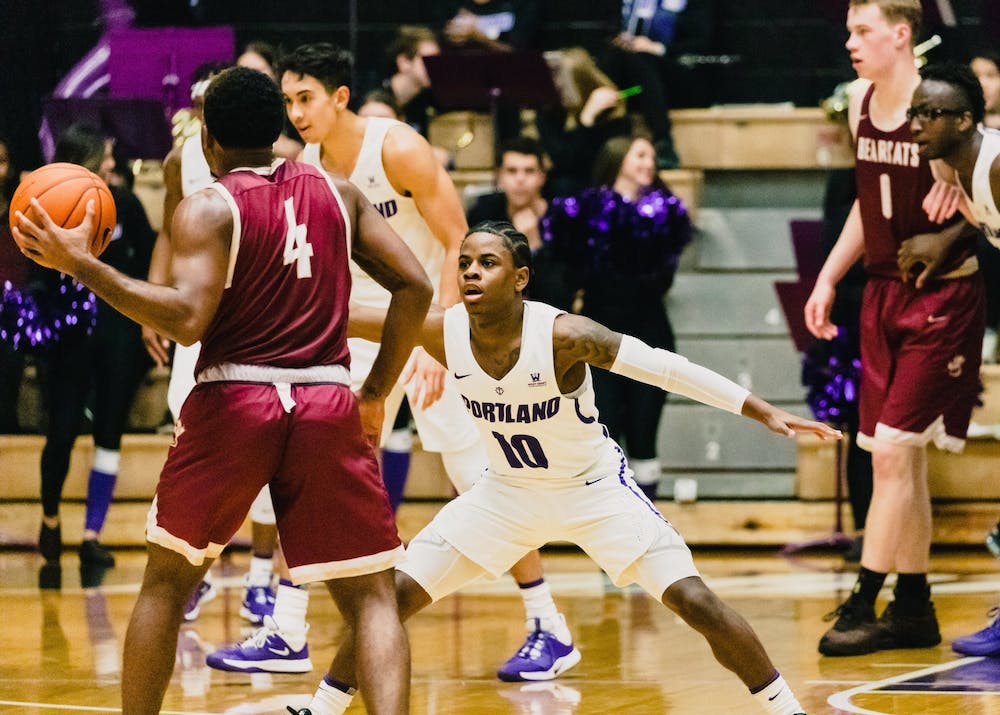