STAFF OPINION: Listen to your ears, you might just find your own Fleetwood Mac

I love Fleetwood Mac, but I’m not sure I would say I am a hardcore fan. I don’t listen to a lot of the albums all the way through and, besides the affairs, I barely know anything about the band members. It wasn’t even until recently — about a week before writing this, actually — that I realized the impact Fleetwood Mac has on my life.

Fleetwood Mac was not love at first sight for me. In fact, the first time I heard one of their songs, my dad said he didn’t really like Fleetwood Mac. Right then and there I decided I must not like the band either since my dad and I like a lot of the same music.

If I had listened to my dad in that moment, I never would have discovered the beauty of Fleetwood Mac. Listening to your intuition and exploring new music can take you on a beautiful journey.

My views on Fleetwood Mac changed in my last couple years of high school when I discovered “Dreams” and “Rhiannon.” These songs had me hooked. Yes, these were the only two Fleetwood Mac songs I listened to for maybe the first year I knew them, but they served me well — and still do.

“Dreams” was like a gateway drug into the band for me. It’s probably known as a basic Fleetwood Mac listen, but it was the first one my high school best friend and I listened to together. When I listen to “Dreams” now, it reminds me not only of good memories with friends, but also of laying in bed on summer nights in California, listening to the thunder and rain while watching the lightning strike.

Shuffling through my liked songs on Spotify, of the 117 Fleetwood Mac songs I’ve hearted, “Dreams” will always be a song that is skip immune.

Towards the end of high school, I was very into “American Horror Story,” particularly the season “Coven.” In this season, Stevie Nicks makes multiple appearances, performing “Rhiannon” and “Seven Wonders.”

The crossover of “American Horror Story” and Fleetwood Mac was like worlds colliding and my mind exploded. This started my search for Fleetwood Mac songs that give off witchy, spooky autumn vibes.

Over the past few years, that search has introduced me to songs like “Gypsy” and “Gold Dust Woman.” These songs satisfy my need for a cozy fall feeling and never fail to disappoint. But my biggest Fleetwood Mac discovery was on a visit to see my sister in San Francisco.

I vividly remember driving through San Francisco with my sister on a typically foggy morning when “Silver Springs” came on over the aux. The raw emotion of Stevie Nicks’s voice coming through the car speakers was an absolute game changer for me.

No exaggeration, that same night I took what was way too long of a shower for being in California and listened to “Silver Springs” on repeat the whole time. Not a lot has changed in my listening habits since then. Whenever “Silver Springs” comes on I have to listen to it at least twice through.

Blasting “Silver Springs” and screaming the lyrics while on repeat is the only right way to listen to the song — my sister can attest to this as this is our carpool karaoke moment.

Fleetwood Mac is so special to me that when I first started buying records, I bought a Fleetwood Mac album — “Rumors” — over an album from my favorite band.

While Fleetwood Mac isn’t my favorite band of all time, you can still have a special connection to a band. And you definitely shouldn’t let other people tell you what music to like or not like. Listen to what brings you a special kind of joy and you might find your Fleetwood Mac. 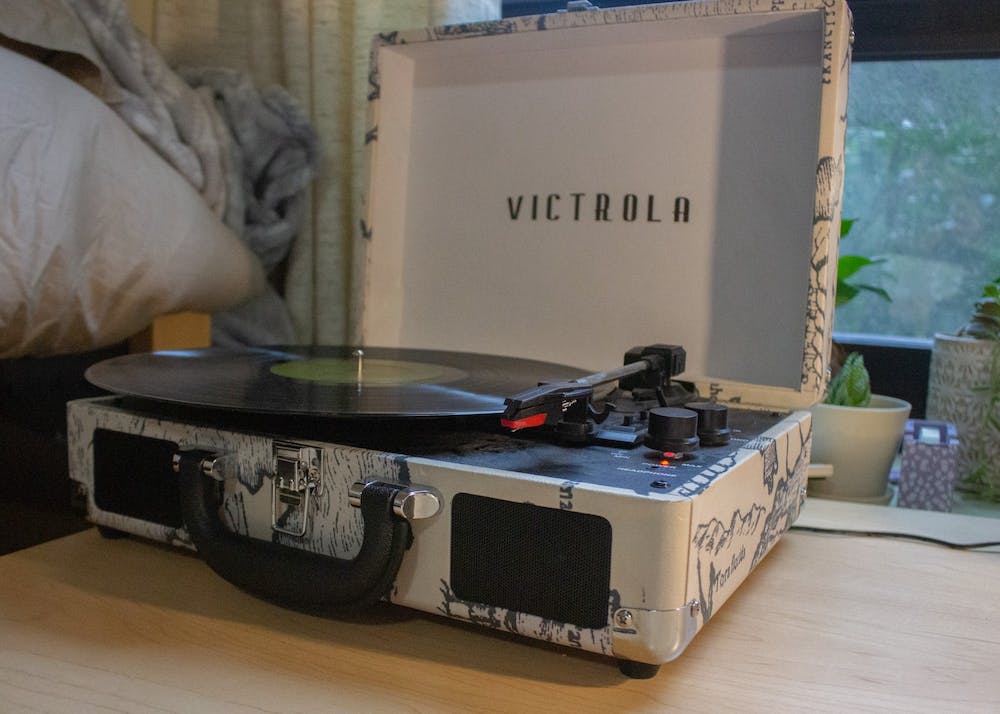