This will be the pilots third time advancing since 2018

The Pilots took to the field on Nov. 17 decked in purple to take on UC Riverside in their first NCAA round playoff game. The Pilots won 2-1 with goals coming in the 17th and 47th minutes. This was their third time hosting a playoff game in four fall seasons.

“[Playoffs are] the third season,” head coach Nick Carlin-Voight said. “Everyone is 0-0 so you win and advance, that’s the way we wanted to play.

Though the wind from earlier in the day had died down it was still a chilly night. This didn’t stop UP students from coming out to support their men’s team. The Villa Maria drum squad arrived decked out in their scarves, toting posters of various players.

Portland kicked off and was quickly in control of the game tallying a few shots on goal early.

The first goal for the pilots came from a set piece outside of the 18. Sophomore Sebastian Nava served the ball that found junior Jacob Babalai whose header made its way past the UC Riverside keeper.

Shortly after UP looked to score again with a rocket of a shot from Nava forcing the UCR keeper to make a diving save. The second shot came a minute after and was headed by senior Delentz Pierre into the keeper’s waiting hands.

A yellow card was awarded to Jake Arteaga in the 37th minute after he dragged down a UCR player outside of the UP box. UCR’s free kick goes just wide of the post and out for a Portland goal kick.

In the 45th minute a yellow was awarded to Pierre after a foul near the Portland bench. UCR sent it into the box where it was cleared away by UP. Portlad entered the half up by one.

The second half started with the ball at UC Riverside’s feet but Portland was quick to add to their scoreline. Within five minutes of the half starting, graduate student, Gurman Sangha beat a few UCR defenders and put away the shot neatly.

“Going into the game everyone was a little tense but we got it done together,” Sangha said. “Our team is so strong, we’re like brothers so going onto the field and winning, scoring that goal was huge.”

Tasouris came out to collect a through ball near the end of the match and was met with a UCR player who collided into him. The UC Riverside player earned a yellow for their tackle.

In the 88th minute UCR put a corner kick on target but the header went just over the crossbar.

UC Riverside capitalized on a late through ball and snuck a goal past Tasouris. The rest of the game got a little choppy with both teams fouling each other in the last minute. Portland managed to hold off UCR and the game ended 2-1.

“We want to thank the fans and the crowd for coming out and supporting us on a really cold night,” Carlin Voight said.

With this win the Pilots move on to play Oregon State University. This match would not only be a second round playoff game but a rematch for their loss on Oct.14. They play in Corvallis on Nov. 20 at 6 p.m.

“We’re hungry and this just gives us a lot of confidence to go there and get the W,” Sangha said. 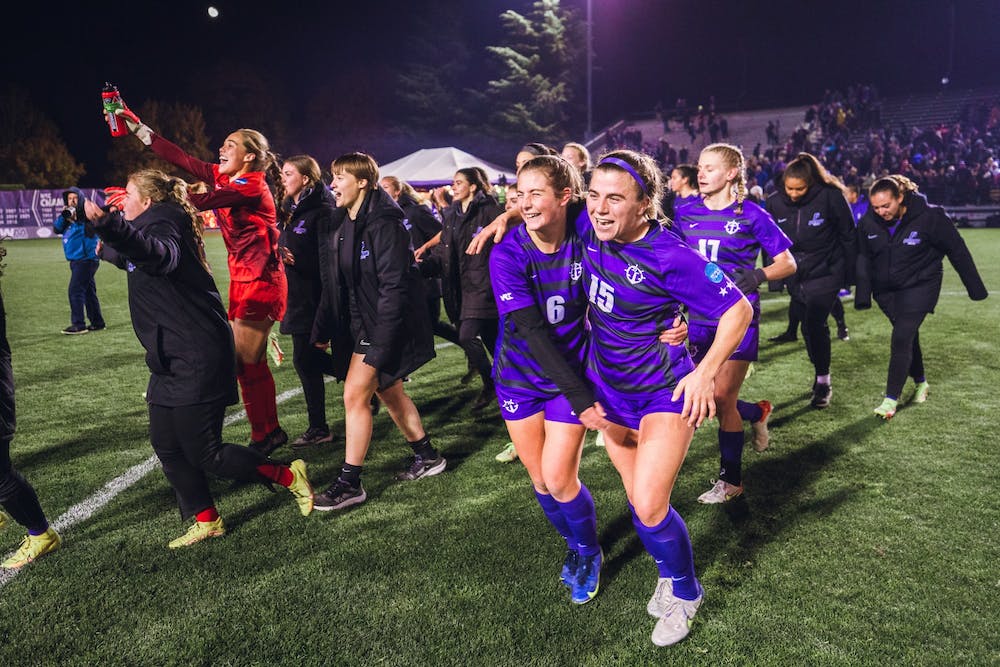 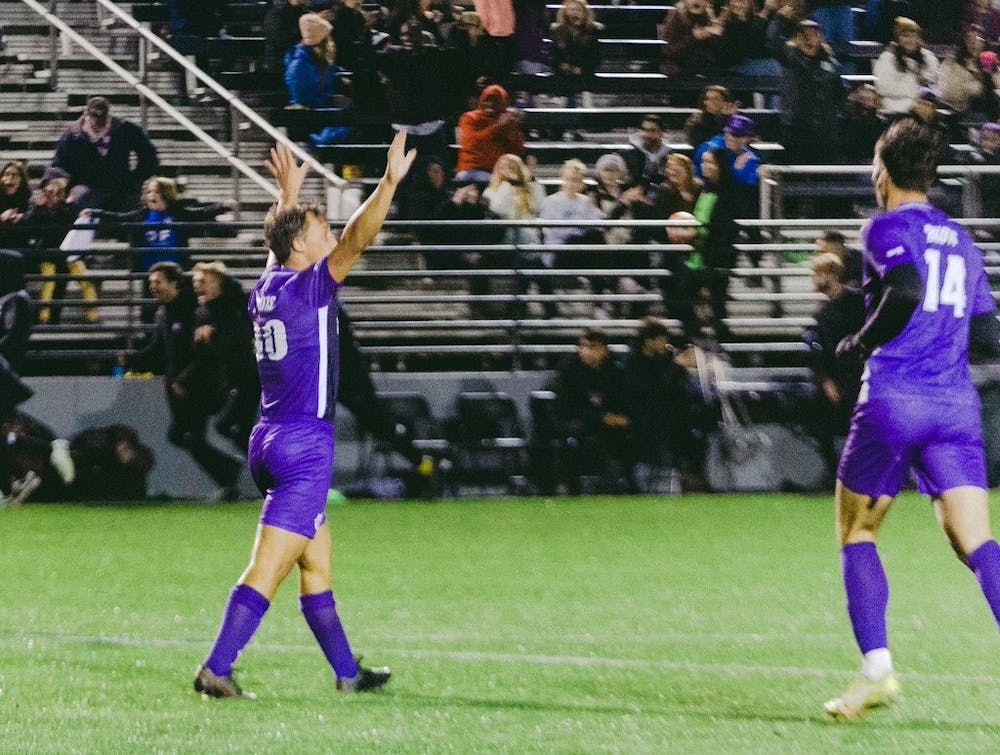