The CHIRP Lab on the LGBTQ Campus Climate

Back in January, the then-leaders of the Gender and Sexuality Partnership (GSP) published an op-ed here in The Beacon arguing that with regards to inclusion, equity and the experiences of LGBTQ+ students here at UP, we have come far, but not far enough. The op-ed prompted a reply from a UP alum, a brother in the Dominican order who argued that the Catholic Church and the LGBTQ+ community are incompatible—that, rather, we have come too far.

The response op-ed by Br. Benedict, along with broader circulation about the events, including those in Lund Family Hall that prompted GSP’s initial piece in the first place, led to a slew of rich responses.

Many of those responses—such as those by Eli Robinson and Michael Wode—turned to topics of interpretation and history to raise questions about Br. Benedict’s claims, offered as indisputable facts, regarding the Church’s stance on LGBTQ+ matters. Others, such as Fr. Donato and Fr. Gallager, affirmed the value and presence of LGBTQ+ members of the UP community by drawing on the tradition, pointing out that “Catholics unabashedly uphold the inherent dignity of each person,” and that it is precisely “because we are Catholic that our Statement of Inclusion has such power”. Others still went even further, arguing that “True Catholicism is queer allyship”.

These various responses highlighted key questions that are, and will continue to be, discussed and disputed, lauded and challenged: What room is there for interpreting what the Church teaches? And how do we, or can we, hold together different aspects of the teachings of the Church — on the one hand, the Church’s teachings on gender and sexuality, and on the other, the inherent dignity, value and worth of everyone?

We see three important avenues for exploration to guide what this work could look like, both as we explore these questions as a Catholic and academic community and as it relates to the on-the-ground, real experiences of the members of our LGBTQ+ campus community.

First, while the teachings of the Church on gender and sexuality are “traditional,” there are resources and pathways within the tradition that might point and move us closer towards LGBTQ inclusion and equity and there are excellent scholars doing work exploring those resources and traveling down those pathways.

For instance, just to name a few of many: Christina Traina, a chaired professor in Catholic theology at Fordham, presented a paper at the Society of Christian Ethics in January exploring ecclesiological resources towards trans inclusion. She’s also doing research on gender identity in the Catholic Church through the lens of children’s rights and experiences.

Bryan Massingale, an openly gay priest, has written and spoken widely about LGBTQ rights and about the intersections of racial and LGBTQ justice—exhorting us to not abandon trans Catholics, and sharing that his dream wedding is an LGBTQ couple marrying before the church.

There’s also the work of Marcella Althaus Reid, the Catholic “mother of queer theology,” of James Alison, of James Martin, and the recent work of Craig Ford, Elizabeth Cable, Melissa Pagán, Miguel Díaz… the list can, and does go on and on. We can learn from these individuals and honor the theological tradition by following in their footsteps practicing inclusive queer and LGBT theology.

Secondly, as we learned last year, we have a long way to go in our campus community. Despite one’s beliefs about gender or sexuality, the Church affirms the inherent dignity and worth of all people. The Catechism states that gay people “must be accepted with respect, compassion, and sensitivity” and that “every sign of unjust discrimination in their regard should be avoided” (2358).

Our own leaders have highlighted the importance of respect and inclusion. Yet, despite these laudable values, many in the LGBTQ+ community don’t feel and have not been respected and valued, and have shared their stories of exclusion and the hurt they’ve experienced. LGBT youth experience high rates of verbal and physical harassment and familial rejection and contemplate and attempt suicide at much higher rates.

We have to contend with these realities and do more–in classrooms, campus ministry, in the dorms, and in our wider campus community–to actively combat discrimination and to make clear to LGBTQ+ students that they are respected, valued, and included. Otherwise, we risk contributing to a culture that fosters negative attitudes towards LGBTQ people.

A statement of inclusion and calls for respect are excellent starts, but it is not enough. Students will remain marginalized at UP for as long as we are debating what it truly means to recognize the inherent dignity, value, and worth of everyone. There is an opportunity, and a need, to go further. That is not too much to ask, and it is being done at other Catholic institutions.

Third, we have models and exemplars to turn to, to learn ways to better support and include LGBTQ+ students here at UP. On Campus Pride’s list of Religious Schools Living Up to LGBTQ-Inclusive Values, three of the ten schools listed are Catholic, two of which are peer-institutions here on the West Coast.

While UP’s non-discrimination policy does include sexual orientation, it does not yet include gender identity or expression–unlike other Catholic institutions like Gonzaga, Loyola Marymount, and Georgetown, which do. Adding gender identity and expression to the policy would go a long way in protecting trans students, allowing them the same safety from discrimination as their cisgender peers.

Additionally, there are a range of options UP could consider in order to better support LGBTQ+ students living on campus. For instance, all three Catholic universities on Campus Pride’s list offer roommate matching for LGBTQ+ students to find LGBTQ-friendly roommates. Moreover, both Gonzaga and Loyola Marymount offer gender-inclusive/all-gender housing options and provide clear information for students seeking those options.

In addition, these institutions (among others, including Boston College and our fellow CSC school, Notre Dame) have centers or staff devoted exclusively to serving and supporting LGBTQ+ students. We could update our housing policies, set up a specific queer resource center, or, like many of the institutions listed above, establish a peer mentor program.

As the students leading GSP last year pointed out, here at UP we’ve indeed come a long way; there’s much to commend about the work of our university, and the people who work, serve, and learn here.

We have an excellent statement of inclusion and sexual orientation is included in our non-discrimination policy. GSP has planned and put excellent programming including our first ever celebration of drag last year with Poison Waters. We now have not only a minor but a major in Gender, Women’s and Sexuality Studies and there are courses offered like SOC 357: Gender and the Body, THE 362: Queer Theologies, PSY 356: Perspectives on Human Sexuality and SW 391: Black Feminisms, among others.

But as we consider the lives and experiences of LGBTQ+ students—in our culture writ large and here at UP—and take seriously the realities of discrimination and exclusion and harm they face, it’s clear that there is indeed more work to be done.

This academic year the CHIRP Lab–the Collaborative Humanities Investigating Religion and Power Lab is entering its second year on campus and is starting a new research team that will work on a project to explore these kinds of questions and issues more in depth. If you’re interested in getting involved, this research team (as well as another which will be focusing on rhetoric and communication in the Catholic Church) is currently accepting applications until the end of the day, Sept. 11. Between political theology, gender and formation, we will look at cultural and religious understanding of gender, considering especially how these intersections shape and are shaped by the public and will be hosting campus and community conversations.

Let’s join in the recommitment to conversation and action and keep moving forward.

Brandy Daniels is a professor at UP. She can be reached at danielsb@up.edu.

Noah Lamberger is a senior at UP.  Noah can be reached at lamberge22@up.edu.

Dave Turnbloom is a professor at UP. He can be reached at turnbloo@up.edu.

Kate Seddon is a junior at UP. She can be reached at seddon24@up.edu.

Meg Breen is a senior at UP. She can be reached at breen23@up.edu.

Sophia Osuna is a junior at UP. She can be reached at osuna24@up.edu. 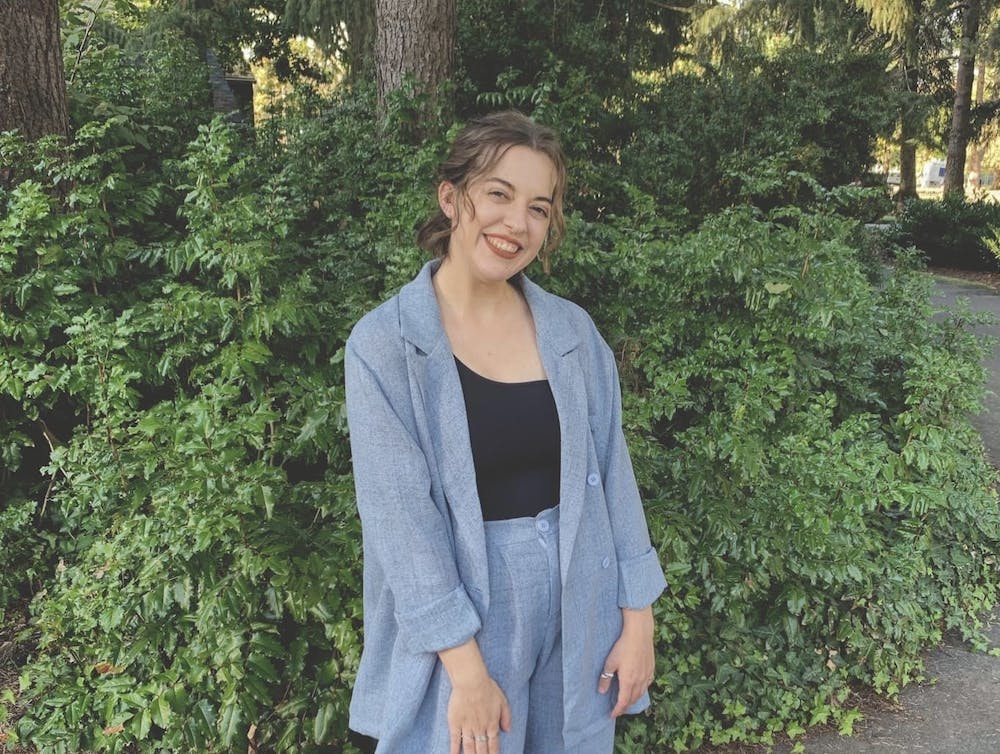 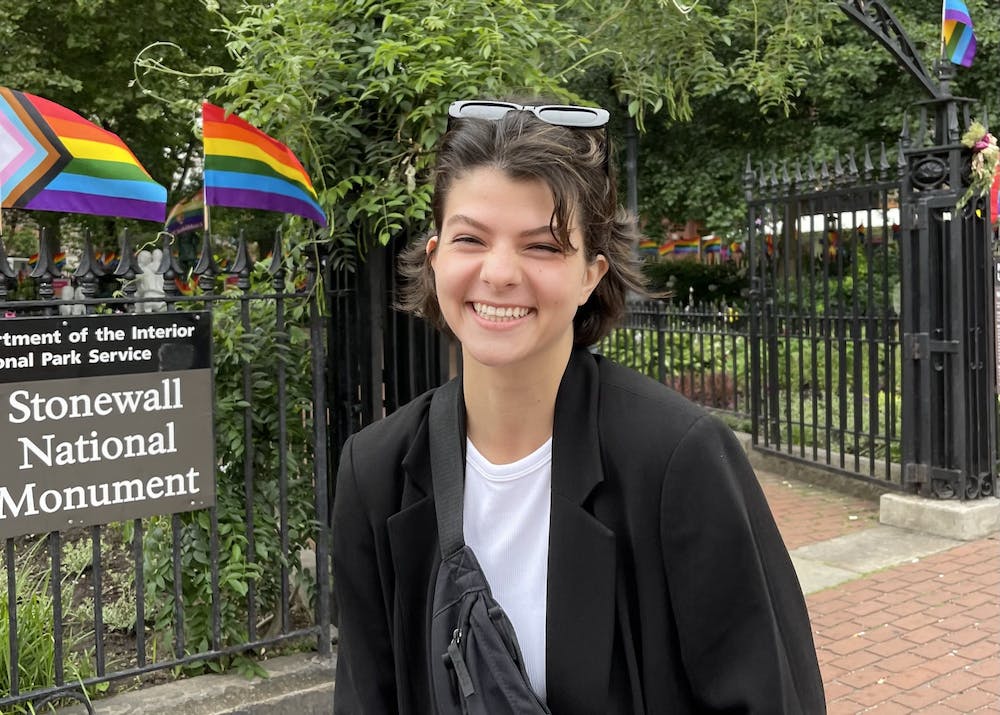