Outside of the classroom: Engineering capstones provide real-world experience

All groups to participate in Shiley Showcase on April 22

The Beacon talked to three different capstone groups to discuss the challenges, rewards and lessons learned during the year-long projects.

By the end of four years of classes, labs and lectures in the Shiley School of Engineering, most engineering students have spent countless hours acquiring skills to one day apply to real problems.

However, engineering students report that they have spent little or none of their class time applying their knowledge to real world problems, and are expected to gain much of this through internships and job experience.

To provide Shiley students with a glimpse into a real engineer’s work, the school of engineering required all seniors to complete a capstone project, each composed of a group of students partnering with an organization to solve an engineering-related issue or work on a real project.

The Beacon talked to three different capstone groups to discuss the challenges, rewards and lessons learned during the year-long projects.

While most engineering capstone groups were hard at work on their projects through the year, one group in particular was wondering if legal trouble would collapse their project completely.

According to Wallace, this was the first year that ODOT partnered with UP, meaning that the team had little sense of direction during the fall semester.

“From the beginning, we were like ‘we don't really understand,’ and so our industry advisor was just like, ‘well here's the basics of designing a bridge, why don't you guys get started on it?’” Wallace said. “So we started designing the bridge, yes, but we didn't really understand how to do it.”

For the duration of the fall semester, the majority of the work consisted of evaluating different materials to be used for the new bridge, specifically deciding between wood, concrete and steel. Also, the group made the decision of whether the bridge should have a pedestrian path, bike lane, or neither.

However, it was only a matter of time before ODOT realized that the contact between the students and the state had some issues: mainly, that they were treating the students as professional engineers.

“[ODOT] wrote the contract up as if we were going to work for them as contractors, which is incorrect,” Wallace said. “We are students, we don't even have any licensing, so legally, even if they did treat us like that, we wouldn't provide them with anything that could be of substance.”

Luckily, the group’s industry advisor, an ODOT employee who was not allowed to officially work with the team, volunteered her time to work with the group to ensure that they would meet their capstone requirements.

Coming into the spring semester, the group resumed their work to produce a 30% design for the new bridge, which involves a general design and basic specifications.

The team used engineering codes specified for concrete and water to design the pillars and girders to support the bridge, as well as AutoCAD to design the road and overall bridge.

For Wallace, the entire process was arduous, and having little guidance provided an unexpected challenge.

“There had to have been a way that they could've given us some more structure so that we didn't feel so lost,” she said. “It really felt like we were baby birds just being thrown out of the nest.”

Even with legal troubles and consistent confusion, there is a silver lining. According to Wallace, the lessons she learned about group work and communication are going to help her enter the engineering world post-graduation.

“We finally found our footing, right after the lawyers got involved, but we got our groove and it felt like a well-oiled machine, we got to know each other as a team really well,” Wallace said.

Most groups are composed of just a few students, but this unique project required an eight person team of interdisciplinary engineering majors, all working towards one goal: partnering with Oregon Health and Sciences University to produce a prototype of a functional prosthetic hand.

For such a detailed project, even one year isn’t enough: this year’s capstone is the third Shiley capstone group in three years to work on this ongoing project, and likely won’t be the last.

“Previous teams have done a lot of legwork up to this point, and they had a prototype that they gave us,” Dehmer, a mechanical engineering major, said. “They had a really hard time making it, so what we've been doing is we've been improving it and developing it and making it closer to its goal of being what it's supposed to be.”

This task required unique skills from the different majors within the group, which included computer science, electrical engineering and mechanical engineering.

The prosthetic uses a Myo Gesture Control Armband and a camera for sensing, which control the motors for each point of movement, which then send impulses through the electrical wiring leading to each fingertip for precise movements.

Some of the issues that the team has worked on are introducing a camera to refine the movement of the hand, and adding springs to soften the grip of the fingers.

According to Dehmer, having the opportunity to build something has been one of the best parts of this project, something that he hasn’t gotten many chances to do while at UP.

“It covers a lot of things, like 3-D printing and mechanical parts and all of these different computer components and electrical — everything's getting worked on really hard and we're all learning new things, it's been really fun,” Dehmer said.

Along with this, the implications of this project extend far beyond a classroom. According to the 2020 capstone’s report, existing prosthetics with equivalent movement capabilities can cost patients up to $20,000, while this hand would cost less than $500.

“The whole point of this is to make it budget friendly and reprintable, because if you're born without a hand as a kid, your arm's gonna change in size for a good number of years,” Dehmer said. “That process can be really expensive for people having to buy a whole new prosthetic every two year or so.”

With such a large team, communication has proven to be vital, and one of the most fulfilling aspects for Dehmer has been seeing everyone work so hard to accomplish this goal together.

“There's been some of those big pushes where teammates will go way above and beyond and out of the way to do a huge thing, which I've never seen any other group do before in my life,” he said.

Now, weeks from graduation, the work has proven fruitful, and the team is happy with its progress.

“Prosthetics are expensive, and ours is not, and if this can become an actual thing, we can save a lot of people a lot of money,” Dehmer said.

For electrical engineering major John Costales, the best part of the capstone project was getting to see his work going to a cause that he believed in.

Costales, along with fellow electrical engineering majors Danny Magruder and Anna-Malia Santos, partnered with Go Baby Go, an organization that provides modified toy cars to children with physical disabilities — a low-cost alternative to an electric wheelchair.

Over the course of the year, the team worked with a toy bumper car to improve its mobility, which involved taking the car completely apart and reverse engineering sections of it to further understand each part and the electrical system.

According to Costales, the two biggest issues the group tackled were combining the two joysticks into one joystick for all movement, and adding a tray to support the weight of the system.

For test runs with the car, the group used dumbbells as substitutes for a child’s weight, until their design became easily maneuverable for a large range of weights.

While most of the design work was done in the fall semester, things got more rigorous in the spring, which involved working on testing and safety protocols.

“There's a lot of safety protocols that we have to double check, like an emergency shut off switch so that the parent of the child can turn off the device at any time,” Costales said. “Right now, we're in the car’s final stages of testing, which involves the battery and seeing the car function with a lowered battery.”

Throughout the year, the project has been inspiring for Costales, who believes that it has aligned with his personal values, something he hasn’t experienced in college.

According to Go Baby Go, there are no commercially available devices for young children with disabilities to independently transport themselves, and these low-cost alternatives can help support the growth of these kids by the time they are big enough for a powered wheelchair.

“It's really exhausting, but it also feels really exciting during the end of this project and seeing it all come together,” Costales said. “Just looking back at where we started, we didn't know anything about this device, and now we know enough to modify this car to accommodate the children that are going to be using this device.”

All of the Shiley School of Engineering capstone projects will take part in the Shiley Showcase on Friday, April 22, from 2:30 to 6 p.m. in Shiley Hall. 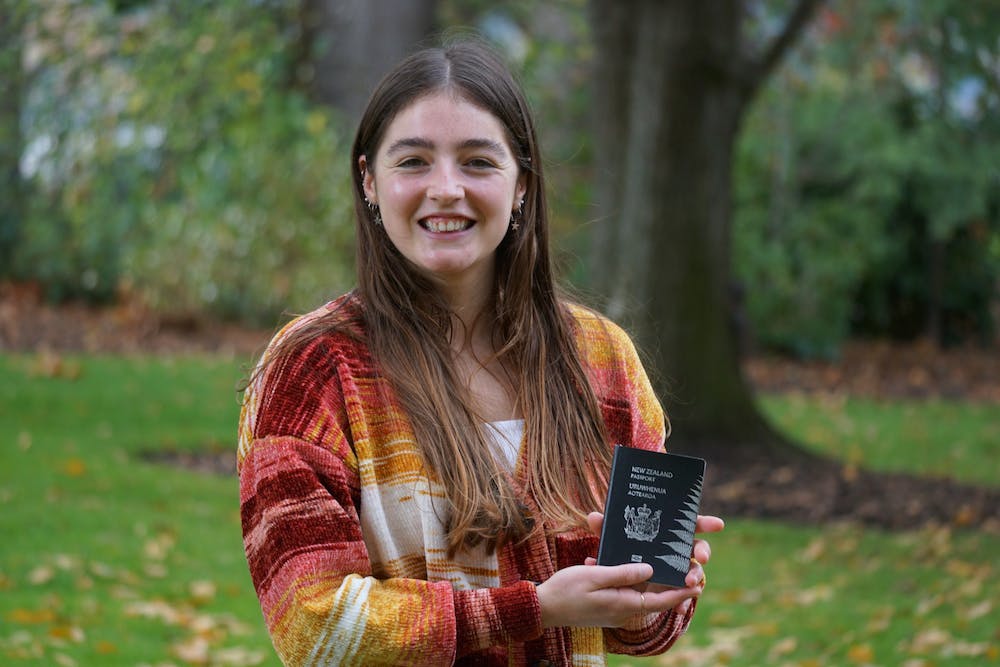 ‘I’m actually going to get home’ 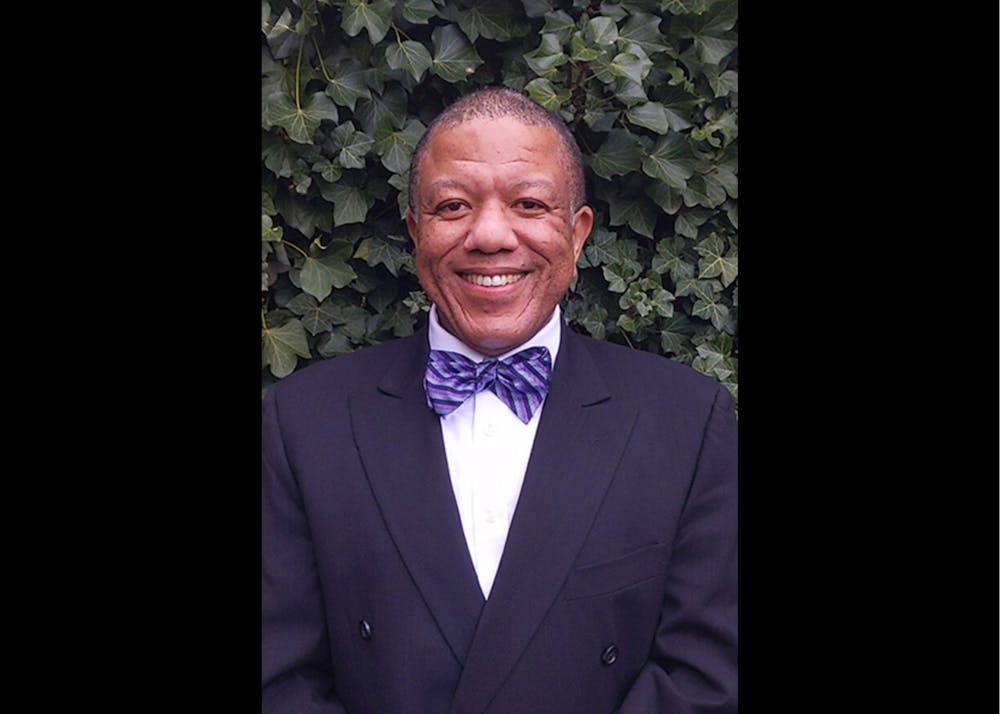