Sports > More than the uniform: Volleyball players speak out about body image and sexism

In July of this year, the entire world watched as the Norwegian National women’s beach handball team was fined for a uniform violation. The team showed up to their match against Spain in thigh-length elastic shorts instead of the regulation bikini bottoms, and in response, the European Handball Association’s Disciplinary Commission delivered a $1,700 fine. But fans watching globally knew that the fine meant more than a couple thousand dollars — it was a message to female athletes worldwide.

Beach and indoor volleyball uniforms have always been distinctive, especially when considering the discrepancies between what women and men are required to wear. Where women are playing in bikinis or short, tight-fitting spandex, men are clad in long, loose shorts and tank tops. Though the NCAA beach volleyball uniform requirements do not include bikinis, but rather spandex shorts, the complications surrounding the historically sexualized nature of the volleyball uniform hit close to home at UP.

“It's so frustrating, because these women are amazing athletes, and it's hard to watch that be diminished to just, ‘this is what you're supposed to wear,’” Zilbert said.

When Zilbert was just eight years old, she started playing volleyball. She remembers the first time she put on the uniform, and the way that her mom reacted.

“My mom was like, ‘this is really what they wear?’ She felt so weird putting me in spandex, and they didn't even fit me,” Zilbert said. “They were loose on me because I was just a little girl.”

Because the volleyball uniform is so form-fitting, these female athletes are practically forced to watch how their bodies grow and change over time. Now a collegiate athlete, playing on UP’s indoor and beach volleyball teams, Zilbert reflects on her experiences as a female athlete.

Zilbert acknowledges that bodies are meant to grow and change, especially for college athletes. Regardless, when the spotlight is shone on female athletes’ bodies rather than their athletic ability, it can start to become frustrating.

“In high school, I would go to games and feel kind of sexually harassed when playing," Zilbert said. "I'm sure that happens in other sports, but the nature of the volleyball uniform can seem really sexual, so that just is kind of encouraged. There are definitely some times when you don't feel very comfortable or safe in that environment."

She mentioned instances of people in the stands taking videos of her and yelling things about her body.

“But I'm just here to play, and I want them to respect my game because I work day in and day out,” Zilbert said.

Though all female athletes inevitably experience this sexism, the volleyball uniform in particular can add fuel to the flame. In response to the controversy that occurred with the Norwegian team, Zilbert argued that the bikini uniform is outdated, and no longer has anything to do with function.

“We practice in Oregon in January, and it's snowing, and we're wearing leggings and turtlenecks and we play just as well,” Zilbert said.

Like Zilbert, sophomore Nevaeh Bray has been playing volleyball from a very young age.

“The Green Grapes was my volleyball team back in the day,” Bray said.

As a child, Bray remembers that the spandex volleyball uniform didn’t fit on her either.

“Growing up I was the skinniest, lankiest person ever, and I was so oblivious to that," Bray said. "I couldn't even wear spandex, because they didn't fit me, so I was wearing baggy basketball shorts to play volleyball."

But over time, as she began to switch from basketball shorts to spandex, she started to understand the implications of being a female athlete.

“There was definitely a point where I kind of let the outside world and people shift the way that I thought about my body,” Bray said.

From a Green Grape to a Pilot, Bray’s passion for the game has led her to UP to play on the indoor and beach volleyball teams.

Just like Zilbert, Bray wasn’t surprised in the slightest when she saw what went down with the Norwegian Olympic team.

Bray’s main problem with the uniform is that it can diminish the athleticism displayed on the court. Like Zilbert, Bray has heard comments made from fans about only going to volleyball games to look at the girls in their shorts.

“There should be no reason why you're here besides to watch me kick ass, not for you to be actually staring at my ass,” Bray said.

Bray has also had experiences of people commenting on her body.

“I'm six four; I'm a bigger woman," Bray said. "So when people see me, some people will make comments like, ‘Oh wow, your legs look so nice.' That isn't normal. Why are we comfortable coming up to someone and specifically commenting on their physique or their shape?” 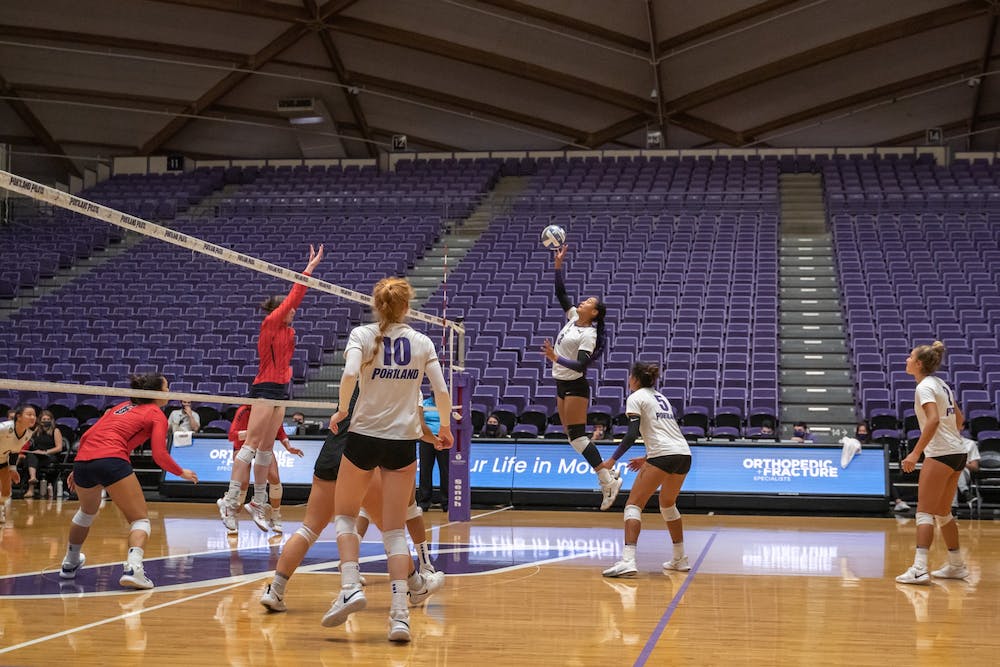 Zilbert’s and Bray’s experiences with the volleyball uniform differ from sophomore Sarah Strong. Strong, originally from Brisbane, Australia, has been playing volleyball on beaches that hardly resemble the freezing Oregon coast.

“I play in a bikini, and I've always played in a bikini," Strong said. "Coming from a country like Australia that's so hot, we naturally just want to take off layers as it gets hot outside. So I feel very comfortable wearing a bikini when I play."

Although now, as a beach volleyball player at UP, Strong no longer wears bikinis per the NCAA guidelines, she has plenty of experience playing in a bikini for the World Tour. Bikinis are still subject to guidelines there, with specifications about widths and measurements of certain areas of the bikini as well as where advertisements and logos are placed.

But after years of playing in a bikini under the hot sun, Strong understands the function of that uniform.

“You literally just don't want sand getting in more articles of clothing that it needs to,” Strong said.

But just like her teammates, Strong has seen how the uniform can delegitimize her sport.

“When you talk about getting ready to compete, or you're picking out bikinis to play in or something, the one thing that’s frustrating is that men will always have comments to say about that," Strong said. "And sometimes it takes away from you as an athlete."

Strong pointed out that male athletes don’t have to worry about receiving comments about their clothing or physique, that male athletes can trust that their fans are there to watch the game. She has also seen the toll this can take on the athletes when it comes to body image. Studies have shown that up to 84% of collegiate athletes suffer from disordered eating.

“There’s room for a lot more comparison and a lot more negative body image when we are all wearing bikinis. And if you don't look like the skinniest, fittest athlete, that can be worrying,” Strong said. “I know that I have had a couple of teammates who have severely struggled with eating disorders, and you can see it quite vividly because we're out on display all the time.”

Though Strong herself is comfortable wearing a bikini, she has noticed that different body types receive different treatment in the uniform.

“It was hard to find bikinis that fit my proportions and still looked professional. I had a coach make comments once when I was wearing a cheekier bikini,” Strong said. “And it would have been fine if a skinnier girl had worn it, like, nothing would have even been a problem. But he was like, ‘the younger girls look up to you and you need to wear appropriate clothing.’ I was like, ‘I am wearing what everybody else is wearing.’”

Fortunately, the culture may be shifting. Zilbert pointed out that UP’s volleyball teams no longer have to do weigh-ins. Though the purpose of these was to monitor weight loss rather than weight gain, the focus on the scale did more harm than good. Collegiate volleyball players are also able to elect to wear leggings to play in.

But for a sport that displays its athletes bodies to the extent that volleyball does, representation remains an important goal.

“I think representation is really important, because for so long I thought that volleyball players are skinny, with really long limbs and small butts and abs," Strong said. "And then I started to see more people that weren't that standard shape playing on the World Tour and playing in the Olympics. And that definitely helps because I know I can still be like the best in the world and look nothing like these skinny fit athletes.”

Bray, Zilbert, and Strong all agreed that this increased representation can help do away with the idea that there is one specific way a female athlete should look.

“There isn’t a specific shape or size or color or height or weight that every female athlete should have," Bray said. "There’s an expectation that we should look one way or another, and fit the mold of a regular person, but we're not regular people. We're athletes, we're working out six days a week, training for hours, and our bodies are being stretched to the limit."

Bray specifically talked about the importance of representation in the sport as a Black female athlete.

“Growing up, I didn't really have a Black female volleyball player to look up to in my sport. And so I really just love that I have this opportunity to represent,” Bray said. 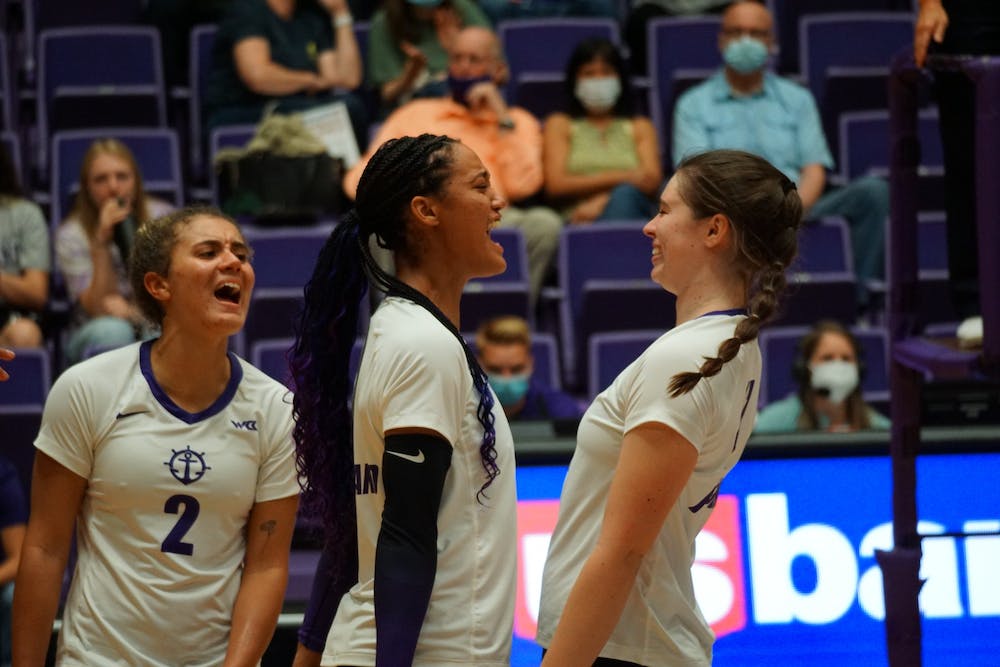 Volleyball is a game made up of so much more than its uniform. Bray, Zilbert, and Strong look forward to a future in collegiate volleyball where 100% of their fans are there to appreciate the game and the athleticism on display.

“You shouldn't have to sexualize the game to attract fans,” Strong said.

Sadie Wuertz is the Sports Editor of The Beacon. She can be reached at wuertz22@up.edu. 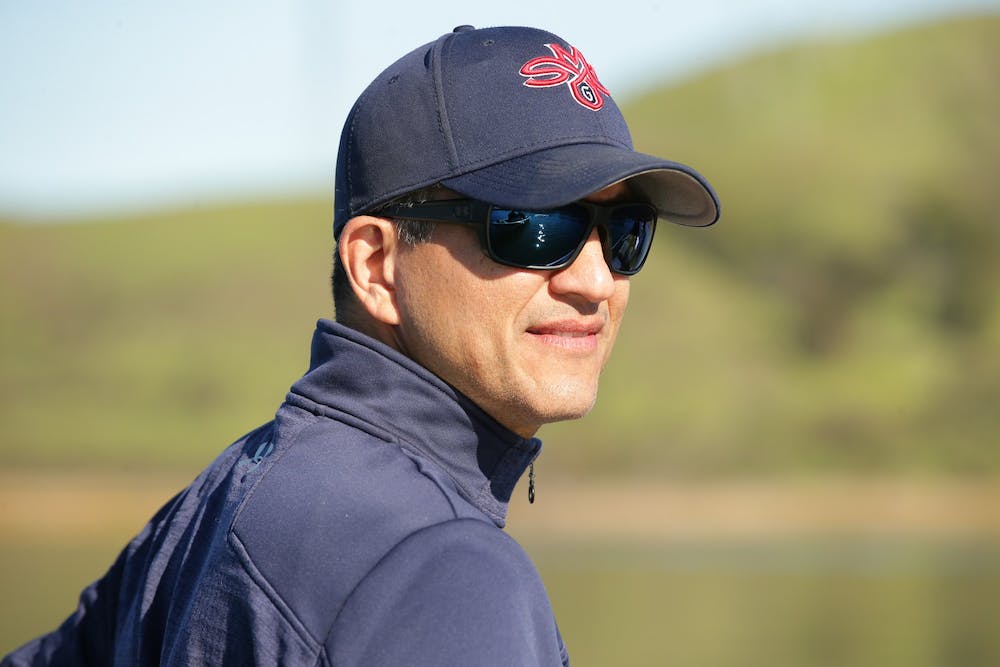 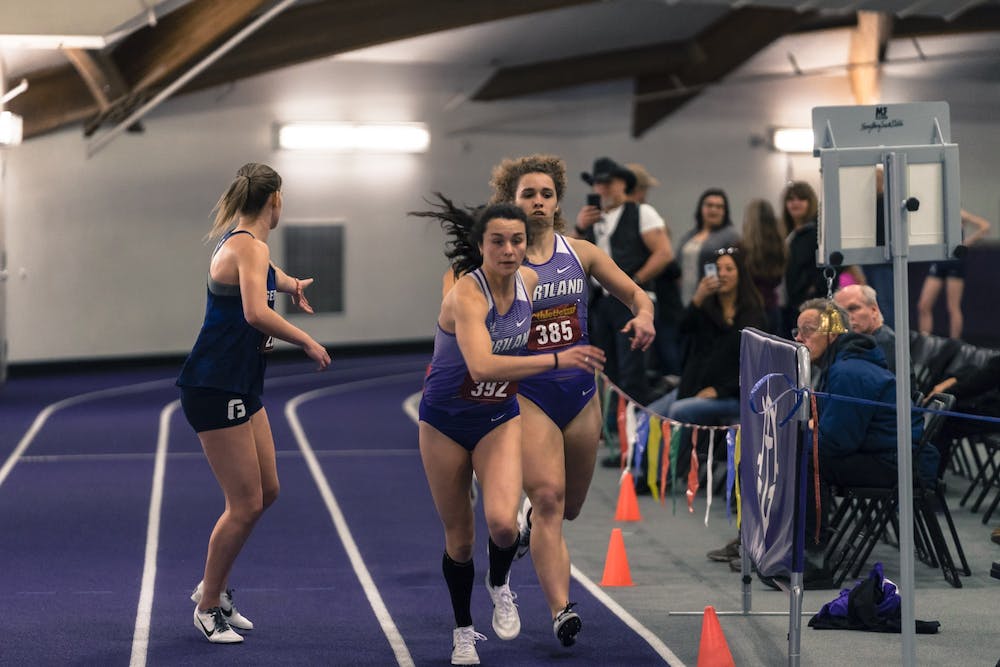