Día de los Muertos is a celebration from Oct. 31 to Nov. 2 commemorating loved ones who have died. This celebration has brought UP students together to remember those who have passed away.

Put together by the Diversity and Inclusion Programs, this year’s celebration is different due to COVID-19. Rather than a grand celebration with live music and food, DIP educated the clubs, departments and organizations on how to create an ofrenda — an altar dedicated to the people who died — and let them honor their group of choice.

Latinx Student Union wanted their ofrenda to recognize the people who have lost their lives during their migrant journeys.

They included items left behind in their journey like religious imagery, shoes, jackets and hats to represent their lives, according to Daniela Perez Vargas, president of the Latinx Student Union.

“It’s a little hard when you don’t know their names because a lot of them are undocumented,” Perez Vargas said. “I think that being able to show and illustrate the migration journey is important to honor and highlight because people think that migration is so far away, but in reality, it touches everyone’s lives.”

The Native American Alliance Club was one of the many groups on campus to showcase an ofrenda at the exhibition that took place Nov. 1-2.

“We’re trying to showcase the indigenous women who have gone missing or been murdered,” said Junior Nia Moquino, member of the Native American Alliance Club. “It’s important because there’s no publicity on it, this is the recognition that they need.”

Other groups, such as the Gender and Sexuality Partnership, focused their ofrenda on people that have lost their lives due to LGBTQ hate, while the Social Work Department honored those who have died facing houselessness.

With a total of 26 ofrendas, many groups were honored and represented for the holiday.

While UP’s celebration for Día de los Muertos was more of a walkthrough this year rather than a sit down event, that doesn’t take away from the effort and collaboration that was put into it, and the significance it holds.

“It’s so important to me, and so impactful,” said August Stone, member of GSP. “I lost people to queer hate, and just to see us finally having that kind of space acknowledgement to look back and process is really important.” 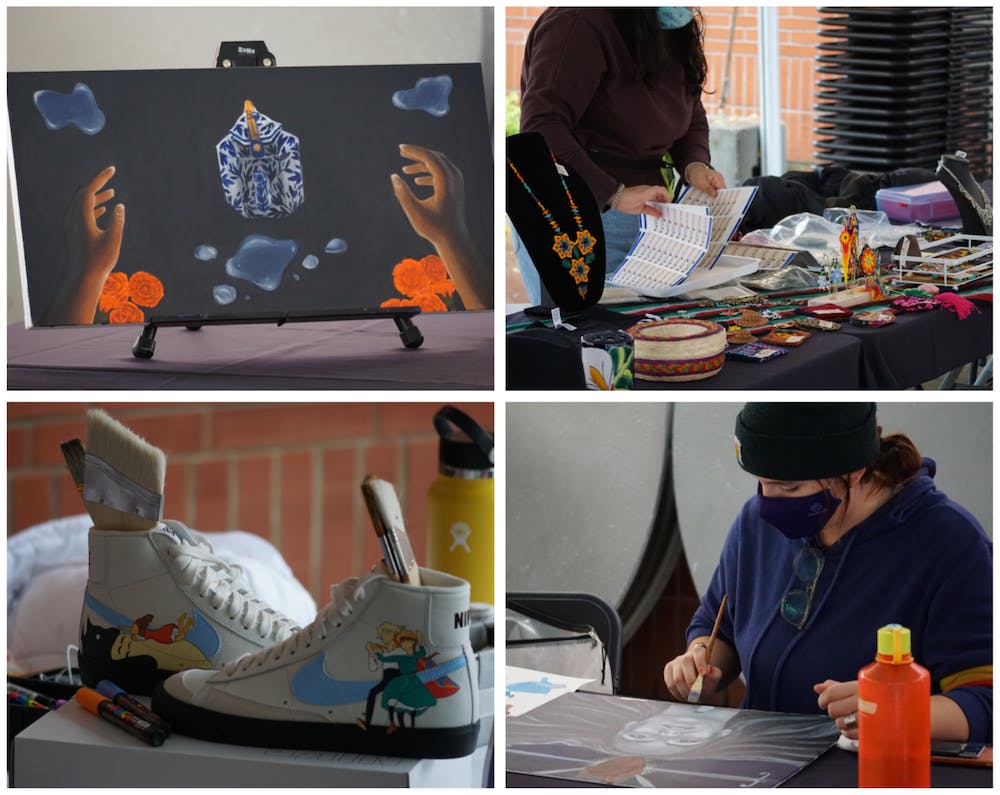