Owen Abrahm getting more yards after catching a pass.

No Fly Zone and Teddy Bears took to the Franz Field at River Campus, Sunday, Oct. 24,  amidst the overcast and gusty weather for the men's D-1 intramural 7 vs. 7 flag football championship.

No Fly Zone went two and two in the regular season, with a win over Teddy Bears 12-to-0 in the second game of the season. In No Fly Zone’s only playoff game before the championship, they won decisively, 26 to 18.

The Teddy Bears only had one regular season win and were shutout in two of their four games. However, in their two playoff games they won 30-6 and 20-7.

“Ever since (our second game), our motto has been 'Cinderella story,'” Culley Jones, the Teddy Bears’ quarterback, said, referencing their improbable playoff run given their regular season.

No Fly Zone took an early lead 7-0 in the first half, but the Teddy Bears scored on the subsequent drive and missed the extra point, narrowing the gap seven to six.

Teddy Bears’ scored right before the end of half, missing the extra point again, to take the lead 12 to 7.

The Teddy Bears scored again on their second drive of the second half, extending their lead 18-7.

No Fly Zone strung together a couple passes in the final minutes of the second half, but one final interception ended the game.

The Teddy Bears’ would go on to score once more, winning the game 24 to 7.

“Honestly, I’m really surprised (we won), but I trusted in my team,“ Jones said. “That final touchdown was the cherry on top.”

William Seekamp is the News and Managing Editor of The Beacon. He can be reached at Seekamp22@up.edu 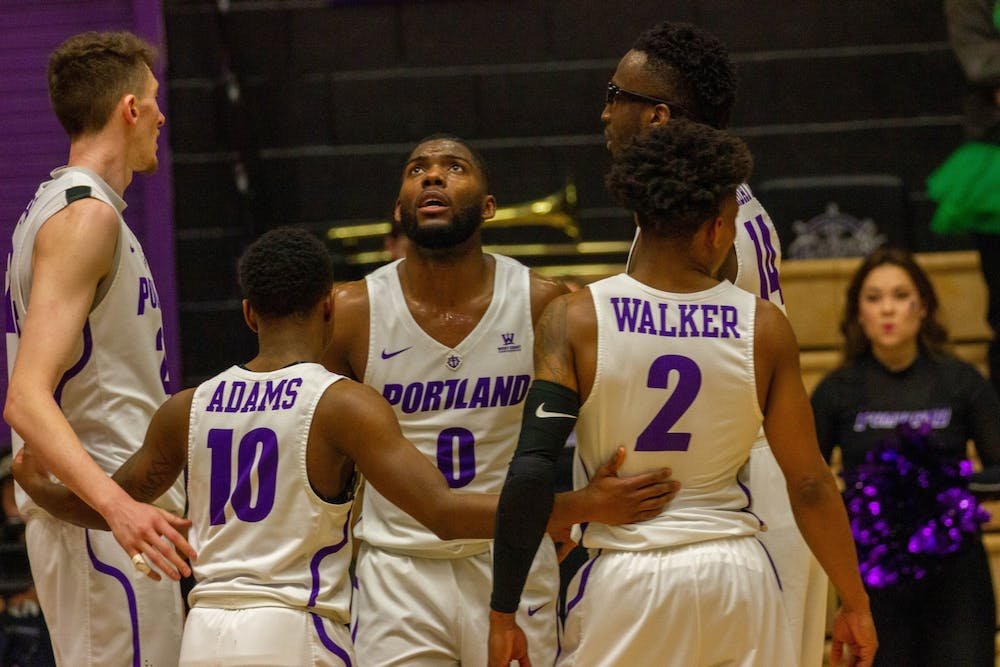