A sophomore Marshallese’ perspective on the rising seas and nuclear waste devastating her homeland. Camille Alik hopes to ‘be the bridge’ for the Marshallese people.

The remnants of ancient volcanoes that once protruded from the surface of the ocean, the Marshall Islands resemble a breathtaking collection of tiny specs in the middle of the Pacific Ocean. While they are seemingly pristine islands well-known for their world class wreck scuba diving, they are the victims of two massive threats – rising seas due to climate change and the long-lasting effects of US nuclear testing.

Camille Alik, a Marshallese sophomore biology student at UP, has seen these threats affect her family firsthand.

The Republic of the Marshall Islands, as it is officially known, is an isolated chain of 29 low-lying coral atolls and five coral islands dispersed in the central Pacific Ocean between Hawaii and the Philippines. Coral atolls are circular coral reefs, or close coral islands that surround a central lagoon. These nations are especially vulnerable to sea level rise, as their average height is just a few feet above sea level.

Alik was born and raised on the Big Island of Hawai’i, but spent all her summer and winter breaks growing up with both sides of her family in Majuro, the capital city of the Marshall Islands. She spent time there going to the beach, boating to small outer islands with her family and enjoying traditional Marshallese cuisine. She sees herself as greatly influenced by the Marshallese culture, known as “Manit,” and considers herself Marshallese.

“Our culture is very [respectful],” Alik said. “We always invite people in, always greet them, never leave without saying goodbye — it’s rude if you do otherwise.”

Even while living in Hawaii, Alik was surrounded by the large Marshallese community there which made it feel very similar to her home in the Marshall Islands. This helped her learn the language and values of the culture — holding the values of respect and family closest.

“Our culture is very caring. We treat everyone like family,” Alik said. “I catch myself doing things that are very ‘Marshallese’ now that I’m away from home. Now more than ever, I’m realizing how important it is to have family around.”

Alik’s parents are both from the Marshall Islands. Her dad left the Islands for college in the US and is working as a doctor helping the Marshallese community navigate the language barriers in the US. Alik’s mom moved to the U.S. to finish high school and stayed for college. She is an interpreter for Marshallese people. Two of Alik’s uncles also live in the US.

“All of my life I wanted to be a doctor like my dad,” Alik said. “Now, I’m taking social work classes and I’m noticing how much I want to help specifically Marshallese and Micronesian people in the US get access to resources they may not know they have, through the Compact of Free Association, because of language barriers.”

Between 1946 and 1958, the US conducted 67 nuclear weapons tests on, in and above the Marshall Islands, specifically on Bikini and Enewetak Atolls. To put in perspective the intensity of the testing, the Castle Bravo bomb dropped on the Islands was close to 1,000 times more powerful than the bombs dropped on Hiroshima or Nagasaki, and some parts of the islands have radiation levels higher than Chernobyl. The harmful radioactive chemicals from the testing severely contaminated the Atolls, forcing Marshallese to relocate to other Islands.

The nuclear fallout from these tests rained down on several other atolls as well, causing horrifying health effects for many. Now, the nuclear waste sits in what is called Runit Dome – a giant weathered concrete dome that is at risk of collapsing from rising seas and is currently leaking nuclear waste into the ocean. To many, this dome is a visible symbol of the US’ nuclear legacy and the resulting harmful effects on the Marshallese.

“My uncle, who works for the Marshall Islands Embassy in Arkansas, was talking to another government official about a policy for Marshallese workers and the official had no idea about the Compact or what the Marshall Islands were, so she claimed that it was all fraud and even threatened to deport the workers,” Alik said. “After hearing that, I really want to make sure that people know we are here and that we were promised resources through the Compact.”

“I want to be the bridge connecting Marshallese people to the resources that they may not know they have because of language barriers and because the US did not uphold their side of the bargain in making sure that everyone knows the rights we have,” Alik continued.

After returning to the Marshall Islands for a few years following graduation, Alik wants to work in Oregon, and take advantage of the resources and organizations on the mainland. Then, she wants to take those connections to Hawaii to be the bridge for her people there.

Because of the nuclear bomb testing and the contamination of their lands, Marshallese people do not have the healthy diet they had prior — when they grew their own food.

“Now, we rely on America to bring us cheap canned food,”Alik said.

This change of diet has led to more Marshallese people becoming diabetic and having hypertension which has made them more at risk for COVID-19.

“In Hawaii, when Obamacare ended, it was really hard for Marshallese people to get medical care,” Alik said.

Alik’s mom spent countless hours helping other Marshallese apply for insurance that they could afford. Her parents also started a nonprofit to help people access healthcare.

“Watching my parents start a Micronesian health nonprofit when I was young was a turning point in my life,”Alik said. “They would organize basketball leagues to raise money to hire lawyers who would fight for medical care for Marshallese people.”

Watching them contribute to their community made her realize how much she enjoys helping her people.

Many Americans remain unaware that US nuclear testing is still happening on the Kwajalein Atoll in the Marshall Islands. No one lives there but the harmful effects are still fel

t by the Marshallese on nearby Islands.

“I have gone to a nuclear victim day in Hawaii and have heard people’s testimonies,” Alik said. “They talked about how first the sky lit up, then radioactive fallout started raining down onto their skin and they thought it was snow, so they played around in it. After, a lot of people got cancer, skin burns, and women even gave birth to ‘jellyfish babies’ - babies without bones.”

Alik’s grandmother was one of the Marshallese who played in the radioactive fallout. Fortunately, she was one of the lucky ones who did not experience severe health complications.

“While the US military people on the islands were prepared with hazmat suits when the fallout rained down, the Marshallese people were unaware of its effects and were playing in it,” Alik said.

The most recent IPCC report states that the world will probably reach or exceed 1.5 degrees Celsius within the next two decades. Although it is still possible to limit warming to 1.5 degrees Celsius by the end of the century, transformational change is required.

“We say ‘1.5 to stay alive’, meaning if the world goes up by 1.5 degrees Celsius, the Marshall Islands will be completely submerged by the ocean,” Alik said.

The effects of climate change have already hit close to home for Alik. Her dad’s neighborhood was devastated by a king tide when he was a child, and her aunt’s home was flooded by a king tide just a few years ago.

“Our islands are disappearing and it’s scary to think about it as a lot of people won’t move because we are very spiritually connected to our land,” Alik said.

Alik encourages the UP community to watch the video poetry  Rise: From One Island to Another to understand the harsh reality facing the Marshallese and Greenlandic peoples, spoken between Alik’s Marshallese aunt and acclaimed poet, Kathy Jetn̄il-Kijiner, and Inuk Greenlandic poet, Aka Niviâna.

Alik received a scholarship from the Marshallese government that is paid back by living in the Marshall Islands for three years after she graduates from UP. She is excited to go back to learn more about the problems the Marshallese are facing and be better equipped to help her people in the States get the resources they need when she returns.

“The Marshall Islands is my home and I have lots of memories there,” Alik said. “I want to be able to take my future kids there. It’s sad to think how some people won’t get to see it. We’re begging America and other large polluting nations to do better, but they don’t see it as a big problem like we do because it’s not affecting them as much.” 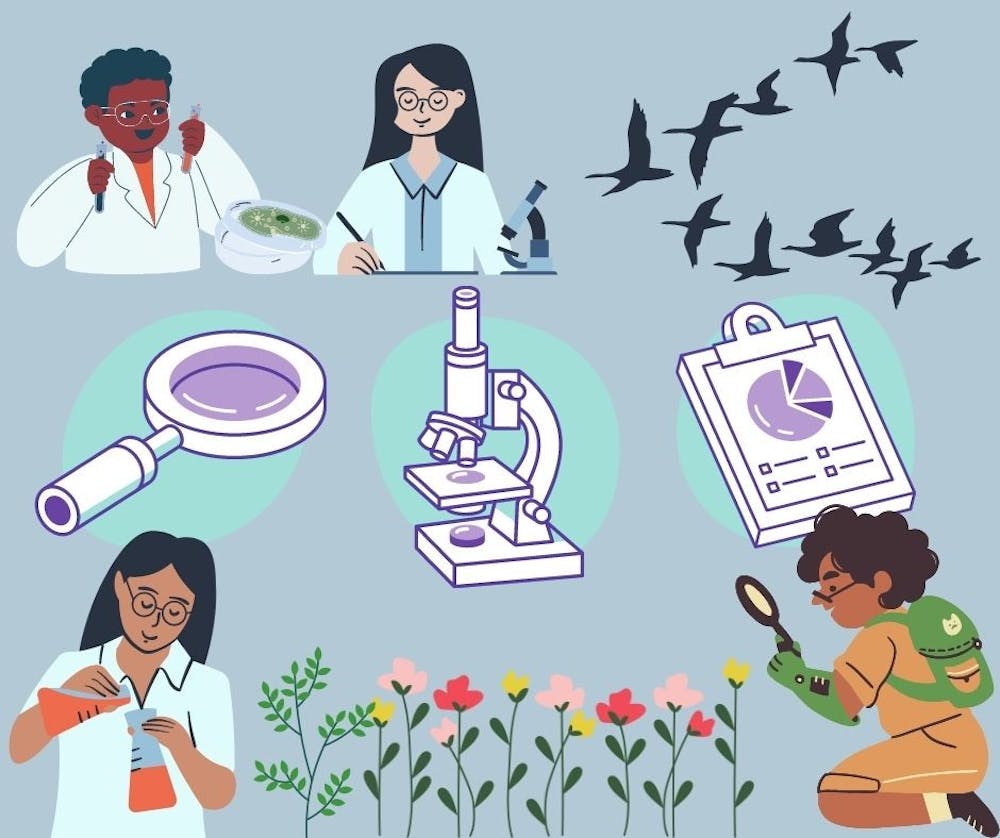