The Villa Maria Drum Squad has returned to Merlo Field after 16 months.

Anybody who spent time on UP’s campus before COVID-19 is familiar with it: the booming chants and drum sequences that erupt out of Villa Maria Hall before parading to Merlo Field on fall weekends, kicking off the soccer games. The Villa Maria Drum Squad was a hallmark of student spirit in days past, and it is now returning to campus.

Consisting of primarily Villa Maria residents, the drum squad dons their kilts and scarves, gears up with smoke bombs and snares, and gets ready to rile up the crowd at men’s and women’s soccer games.

“It's like a slice of European soccer culture in the States,” Drum Squad captain and senior Gian Danese said.

As fans have been allowed to return to the stands of Merlo Field in the past few weeks, so has the Drum Squad. Last Saturday, the Drum Squad attended the last of the five games they were permitted to play this season. These five games have concluded a long hiatus for the squad, waiting for news about when they’d be able to return to Merlo and cheer on the teams.

All of the Drum Squad captains, seniors Gian Danese and Connor Bishop and junior Owen Abrahm, moved to houses off-campus in Portland for this school year. The three of them still eagerly awaited news about whether or not the Drum Squad would be able to do anything.

“We really had no clue what was going on. There wasn't a lot of communication with everyone,” Abrahm said.

In fact, the captains didn’t hear anything until early March.

“We were under the assumption that we were just going to have to scrap an entire year,” Danese said. “I had personally made peace with not being able to go to any games, and I was kind of just looking to find the next captain. But, oh man, we got really lucky.”

In early March, Danese received a text from Coach Nick Carlin-Voigt saying that they were bringing a certain number of fans back into the stadium, and they would love for the Drum Squad to be included in that crowd.

“And then it was like a switch was flipped,” Abrahm said. “We were suddenly told that we might be able to salvage the last five games.”

Their return to the stands came as a relief for junior Matthew Casale.

“It felt like some normalcy was back,” Casale said. “It felt like there was something there to hold on to and reminisce about when things weren’t so chaotic.”

“I have a good relationship with some people on the teams,” Danese said. “We would talk about how much of a difference it is, having fans or the Drum Squad versus not. There's a reason why we're there.”

Even when the Drum Squad is spread six feet apart, they’ve been able to maintain the big, boisterous sound they’re known for.

“Even if we can just have a 20 cap, 15 of those people have an instrument, so we're going to sound like there are 50 of us,” Danese said. “It really helps make the stadium feel larger than life.”

Abrahm specifically reflected on how memorable it was for the squad to be able to play at Senior Night on April 17, even though the team lost three to one.

“It's fun to honor the seniors, and to just have really good energy and have a lot of fun with it,” Abrahm said. “We gave it our best shot for the last game of the year, because why not, right?”

Though the spirit of Drum Squad has been preserved during this unique year for sports, the logistics of how the squad operates have had to look a little bit different. For one, Danese and the other captains aren’t allowed past the main lobby of Villa Maria. Also, all of the captains live outside of Villa Maria Hall, where Drum Squad is traditionally based. The makeup of the squad has changed as well, as there were very few returners because most current Villa Maria residents are freshmen, or sophomores from Christie Hall which was closed this semester. But Drum Squad numbers are up this year, according to Danese.

“I essentially became a music teacher for 90 minutes trying to try to teach new people how to play an instrument they've never played before. I don't even really play it myself,” Danese said.

But, in Casale’s eyes, the amateur quality of the drummers is part of what makes Drum Squad,  Drum Squad.

“None of us really are professional musicians, so everyone just kind of does what they can,” Casale said. “And that's what makes it fun.”

Abrahm, who will be the senior captain next year, has had to consider these changes that COVID-19 has posed on the Drum Squad. But the expansion of the Drum Squad community is certainly not a bad thing.

“It's a community where everyone can kind of come together and have fun,” Abrahm said. “It's always a way to bring people together, but definitely this year, giving people the opportunity to actually come together and experience some normalcy in a college year that really isn’t.”

Drum Squad, though traditionally rooted in the Villa Maria community, has also historically been open to other enthusiastic members. In 2016, Alli Jacobs became the first female captain on the Drum Squad.

“Drum Squad has always been larger than Villa,” Danese said.

Casale is also enthusiastic about the possibility of this unique year opening up the Drum Squad to a larger community for the future.

“I definitely think it's opening up to more and more people and making a bigger community of people that want to come and just be themselves,” Casale said. “I think that's awesome.” 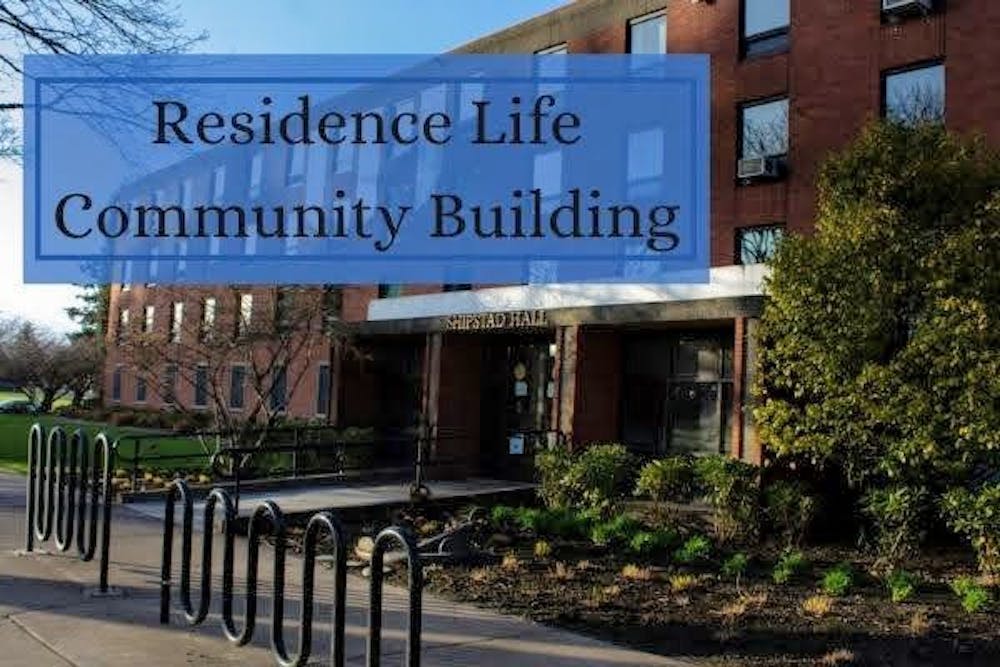