Standing in the wings for the first time, Rob Messel felt the intimidation kick in. His carefully done makeup began to dampen with sweat. He felt his wig brush on his shoulders and the beat of the music vibrate through him.

The eruption of applause in the crowd was mesmerizing as he stepped out on stage to make his debut. Messel swung his arm and the first strum of the ear deafening guitar electrified the crowd, but he was gripping only air -- there was no instrument in his hands.

It was 2012. Rob Messel had just competed in the citywide air guitar competition in Boston. After months of preparation, choreography, costuming, and character development, “The Marquis” was born.

Seven years later, Messel would be declared the best air guitarist in the world.

“You're on stage, people are watching you and you've got nothing between you and them,” Messel said. “You have no drum set or mic stand even to stand behind or lean on, it's just you.”

“I was embraced and made friends. I felt like this was a group of people where I belong,” Messel said.

Messel has worn many hats in this life: reigning world champion of air guitar, US Army veteran, Texas A&M alum, born and raised in a small town in Iowa. Now he finds himself living in Vancouver, WA and enrolled in the MA Communication program at UP. 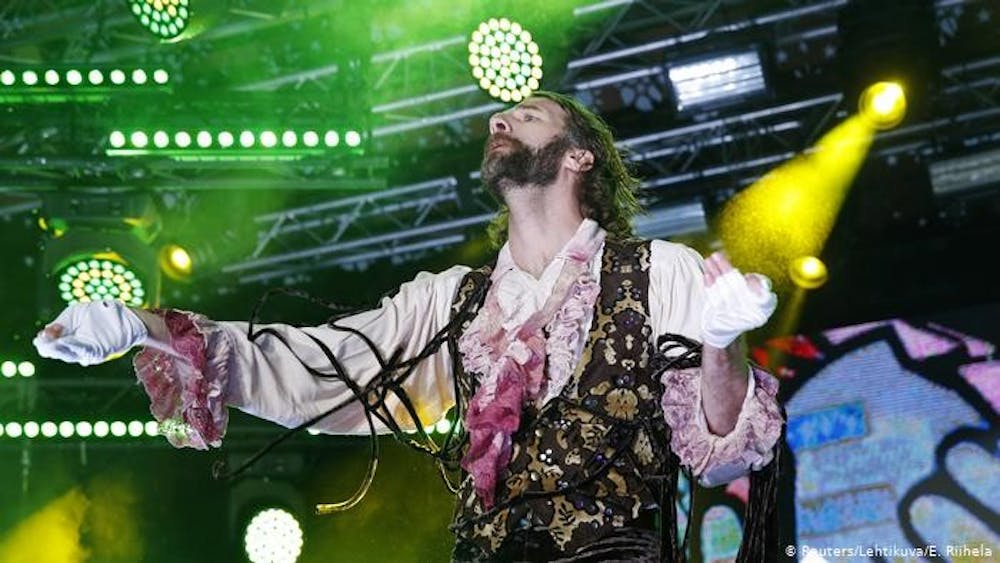 “Aside from having a really strict father who was a military man also, I played a lot of sports,” Messel said. “I played music, but performing wasn't a big part of my upbringing. “It wasn't until air guitar that I really had an opportunity to be onstage and perform for other people. After that I started getting into improv and I started doing voice acting around the same time. So it sort of opened up that world of being an artist or an actor and using my creative side that had been dormant and kind of suppressed.”

Growing up in a military family, Messel was prompted to live a similarly regimented life. Yet the discovery of air guitar laid the framework for Messel to share his creative side with the world.

“Air guitarists run the gamut of careers, there are people that have been lawyers, doctors and teachers. It’s not just dorks that are living in their basement or with their mom,” good friend of Messel, and fellow air guitarist Kara Muir said. “Air guitar gives you an outlet to bring forth something in yourself that you never bring out in public, something that is just itching to get out.”

Since the discovery of his love for air guitar Messel’s sister, Jacque Messel has been by his side, doing his makeup for competitions, soaking up the energy of the air guitar atmosphere, and experiencing an “awful lot of big sister pride”.

“It's really neat to see his evolution from where he started -- the wig and the makeup and all the outfits, to where he is now which is really just him,” Jacque Messel said.  ‘The way his character has evolved has just gotten much closer to his personality and it’s just kind of him doing his thing on stage versus playing a character.” 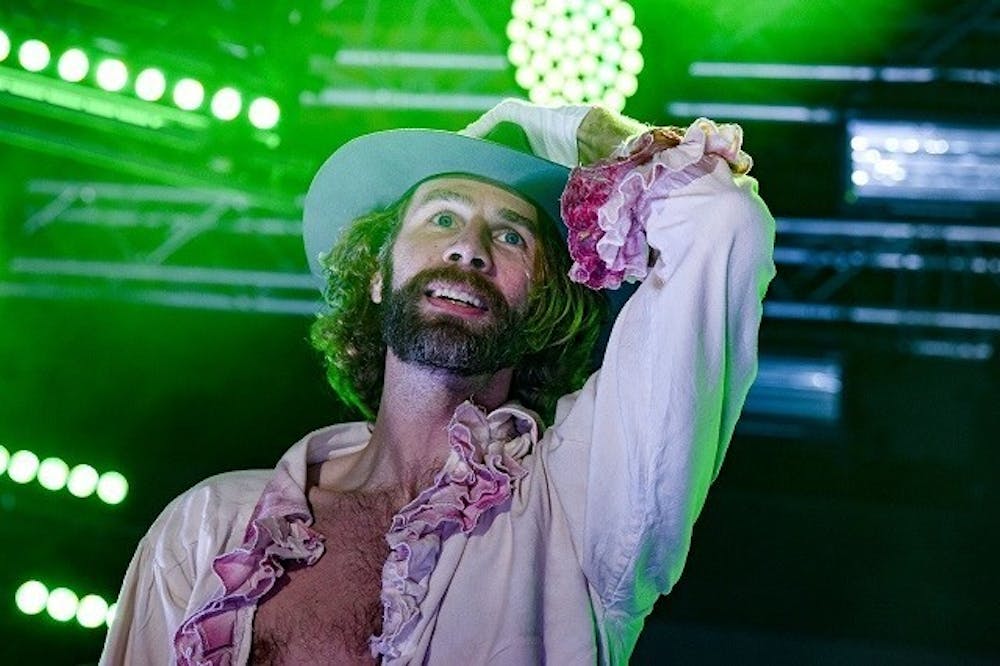 In between competitions, performers are given months to prepare, perfect, and obsess over their 60 second performance to a song or mix of their choice, hoping to make it past the first round and onto the improv or compulsory second stage where they are given no time to prepare. Given such a brief window, competitors try to fit as many breathtaking, audience pleasing, high scoring moves as possible, including flips, jumps, and even death defying trust falls of balconies.

“There's this Miles Davis quote where he said something along the lines of, ‘It took me my whole life to learn how to play like myself,’” Messel said. “And so I felt like once I stopped worrying about what other people would like and just did the thing that feels right for me. That's when I started to see some more success.”

Throughout Messel’s seven years of air guitar, he has won a number of city wide, national and world wide competitions, made lifelong friends, and has had experiences he never could have imagined.

“My favorite aspect is just the opportunity to go and to travel around the country and the world to perform in venues, and for crowds of sizes and scopes that you never would be able to otherwise,” Messel said. “To play in big rock venues that seat a couple thousand people would not be something that I would ever be able to accomplish with like my musical ability, but I can go there and play, the biggest rock club in DC, or LA or Houston or something like that, and do it without anything in my hands.” 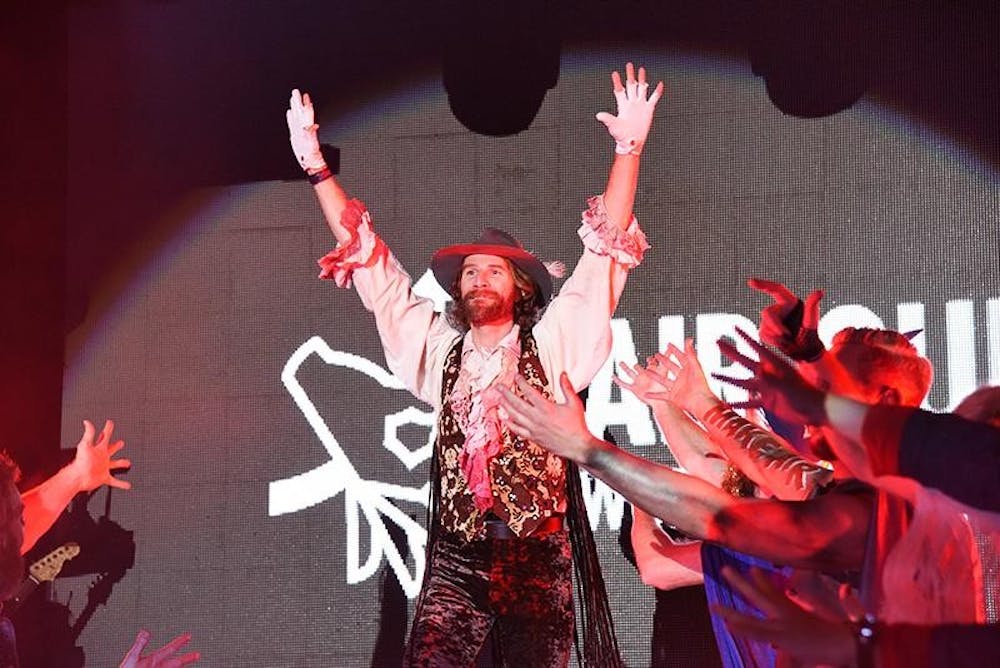 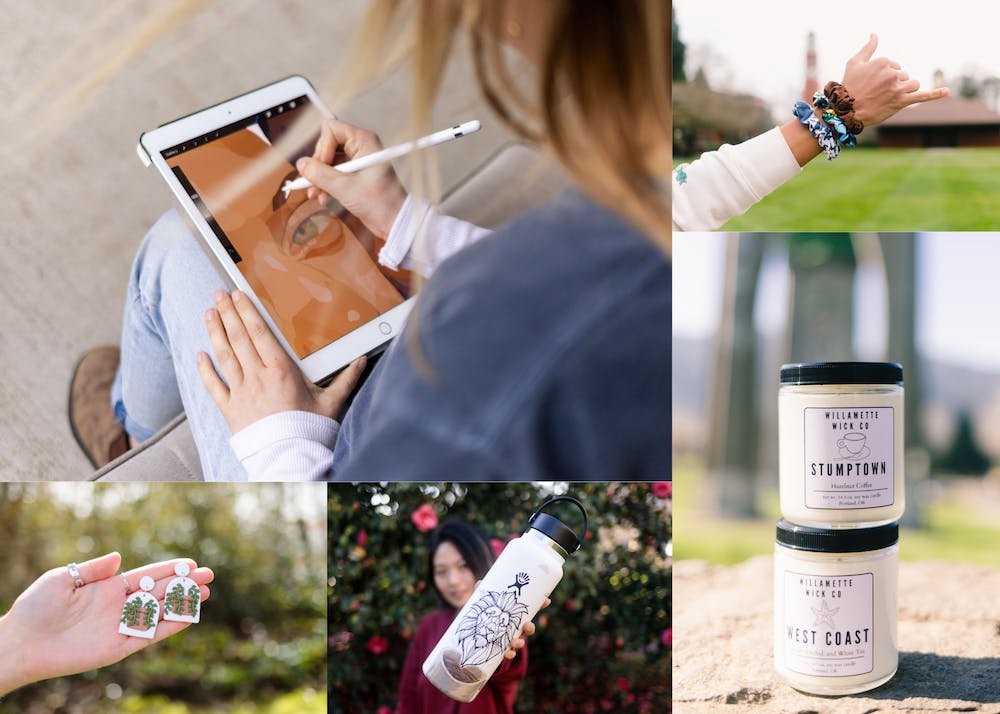