How UP Has Handled 14 Teams During a Pandemic

Normally UP schedules athletic events at least a year in advance. This year, they have scheduled events 24 hours in advance.

With COVID-19 restrictions in place over the last year, it’s been difficult for UP athletics to handle all these ongoing changes but they’ve made the best of the situation. Jason Brough, Senior Associate Athletic Director, handles a lot of responsibilities for athletics in a regular year, but he’s taken on much more in the spring 2021 season due to furloughs and constant schedule changes.

“The biggest challenge is navigating when somebody you’re supposed to play next week goes on a pause and then how you have to adjust the schedules,” Brough said. “Basically we try to schedule locally as much as possible and get a game in and we’ve never done a basketball game on 24 hours notice before and we had to a few times this year.”

Sports were postponed in the fall which has caused an overlap between fall and spring sports. This has made scheduling practice time for everyone while adhering to COVID-19 guidelines difficult.

UP athletics has had to present the county and state with safety policies in order to be able to practice. They’re also required to meet NCAA regulations to make sure that everyone is being safe.

These COVID-19 guidelines include doing a check for anyone that needs to access facilities or has to meet for team practices. This has created some scheduling challenges for all the teams including sharing training space, equipment and transportation. Brough said this has posed new challenges for them that they’ve never considered before.

“For example, before everybody could be in one bus but because of COVID policies we’re limiting that to just half the normal capacity which creates challenges,” Brough said. “We’ve tried to be as accommodating as possible there’s just some inherent challenges there that we haven’t had before.”

At the beginning of the fall season, regulations were stricter which made it difficult for teams to be able to practice as often as they would’ve liked.

“(On) the weekends our facilities weren’t open, our entire department was furloughed on Friday so essentially athletes that were here couldn’t do anything in any of our facilities from Friday to Sunday,” Brough said. “We’ve tried to relax (the furloughs) since we have more athletes here in spring... without sacrificing the safety standards.”

Brough knows it’s been a difficult year for everybody but he’s been impressed with how athletes and the athletic department have risen to the challenge.

“Athletes have handled everything really well especially in the fall when there were limited workout hours, facility access issues and they weren’t playing any games and that’s tough when you don’t have a competition to look forward to,” Brough said. “Our student-athletes have been taking it seriously, doing everything we’re asking and showing a little sacrifice for the greater good. I’m really proud of that and our department.”

Head Baseball Coach Geoff Loomis has also felt the repercussions of not having a typical full fall season but he still feels lucky to be able to compete. However, the adjustment hasn’t been an easy one. Normal activities have changed drastically and the athletes are the ones paying for it.

“With the restrictions we have on facilities a lot of our game times have changed,” Loomis said.

It’s also been difficult for the baseball team to schedule a time for strength training that works with everyone’s academic schedule which has limited the number of training hours they usually get in a normal year.

Loomis said the level of uncertainty during these times has made it hard to plan a season especially since the team doesn’t receive a lot of notice in advance. With outside teams being exposed to COVID-19, the baseball team has had to reschedule and cancel games frequently this season.

“Every weekend we’re being tested so often for COVID that we have a pretty good idea that nobody has it at any time, but we don’t know about our opponents and we don’t know until the day of the game, a lot of times, whether we’re cleared to play or not,” Loomis said.

Coaches have also had to take on a lot more responsibility and have tried to do their best to support their players. Athletes are used to being pretty regimented in their scheduling balancing practice, games, and school but COVID-19 has added a whole other element. Loomis says everyone on the team is doing their part to stay safe and he hopes it stays that way to finish out the season.

“We haven’t had any positive cases yet,” Loomis said. “I mean I don’t know how realistic it is to go through a whole season without a positive case, but so far so good, and we’re really hoping that we can continue to stay COVID free and we’re able to play the rest of our schedule without any detours.”

“It was a really proud moment for our whole team,” Weir said. “We had put in a lot of hard work behind the scenes so to achieve that goal was exciting.”

One of the hardest parts of all this is adjusting to having limited access to facilities but the team has found ways to overcome these obstacles.

“A couple people on our team actually own spin bikes personally,” Weir said. “We’ve been sharing those and figuring out a way to make it work with limited facility access.”

Weir says the team has learned to be flexible and ready to compete at a moment’s notice. The runners have learned to be ready to go because things change so quickly. UP athletics has tried to make the best of these last-minute cancelations and will try and schedule new ones quickly so that athletes get the chance to compete.

“Having had this many cross country seasons together as a team has really set us up well not just in terms of organization but our team just raced really well at one of the toughest cross country courses in the nation,” Weir said. “Some of our team are going on to race the 10k soon and they’re in good shape and they’re gonna do awesome. So it’s given us a lot of confidence.” 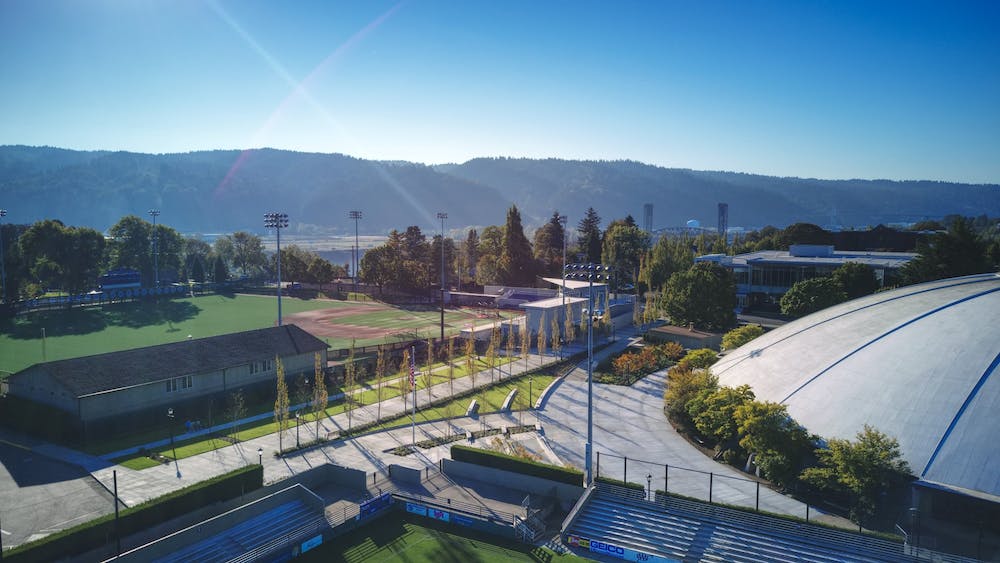