Jennifer Ng is the opinion editor and a photographer for The Beacon.

I will be the first to say that I am not a fan of Disney’s on-going campaign of live-action adaptations of their golden era hits. I’d personally prefer to see new, original stories hit the big screen instead of nostalgia-driven cash-grabs. The last remake I watched was “The Jungle Book” in 2016. I’ve resisted seeing any of the recent ones including “Beauty and the Beast” (2017) and “Aladdin” (2019) on principle and this was my mindset as I followed the updates on the production of “Mulan” throughout 2019.

But I know what you’re thinking. I’m Asian American. Doesn’t that mean I’m technically obligated to watch and support this movie that retells a traditional Asian legend with an entire cast of Asian people on screen? Shouldn’t I be cheering and celebrating what a “milestone” this is? I’ve reflected on this question a lot, talking about it with friends and family who all know that I am a big fan of movies and representation across media. And my answer is no.

I may be Asian but as a consumer I also have standards. It’s 2020. I shouldn’t need to count my blessings that there’s one big Hollywood production featuring a cast with more than one Asian actor. Rightfully, “Crazy Rich Asians” was a big deal in 2018 as it was the first Hollywood movie in 25 years to feature an all Asian cast, but it shouldn’t have taken 25 years. I shouldn’t have to settle for a remake of a story that’s already been told to see my culture represented on the big screen. Representation is one thing, but good representation is another. And “Mulan” (2020) is not “good representation”.

Back when the film was still in production, I was intrigued when I heard that the movie was going to undergo major changes in order to stick closer to the original tale of Mulan. The “Ballad of Mulan” comes from a poem from the fourth or fifth century about a woman who takes her father’s place in war, fighting in disguise for twelve years alongside other male soldiers before returning home. Over the centuries it has been embellished upon and adapted for the times until we’ve arrived with the Westernized version that many of us are familiar with today, thanks to Disney’s animated 1998 feature.

However, creating an authentic, fresh rendition that would appeal to both the American and the long-sought Chinese movie market would come at the cost of the original animated movie’s iconic songs and talking dragon sidekick, among a laundry list of other changes. Sorry, Mushu. You and spontaneous musical numbers just aren’t “realistic”. While I was disappointed about those creative choices in particular, I was on board with the decisions if they meant we would get a more accurate reflection of the iconic tale. (See what I did there?)

The cast included a star-studded list of recognizable Asian names like Jet Li and Jason Scott Lee with Chinese actress Yifei Liu in the titular role. Parts of the movie were going to be filmed in China. Everything seemed to be on the right track. But of course, it was just all too good to be true.

Several months before release, during the highs of Hong Kong protests, lead actress Yifei Liu made a statement on social media in August 2019 where she declared her support for the Hong Kong police and condemned the protestors. It set off a huge backlash on the Internet and sparked the first wave of #BoycottMulan.

By the time the movie’s initial release arrived in March 2020, the anticipation had ramped back up. But then COVID-19 struck and turned a grand, movie theater opening weekend into a belated release on the Disney+ streaming platform for a $30 charge on top of a subscription fee, bringing us back to the present.

The reviews for the movie haven’t been sparkling, to say the least. As of September 10, 2020 it had an unimpressive 6.8 out of 10 critic rating on Rotten Tomatoes. Critics from The New York Times and The Atlantic echoed the sentiment, saying that while grand, the movie lacked substance. According to Screenrant, the film brought in $33.5 million in its opening weekend, which isn’t bad considering it’s charting a path into the new territory of online releases, but compared to its extravagant $200 million budget, it does fall a bit short of the mark.

From what I’ve seen on social media, viewers aren’t all that impressed either. Across Instagram and YouTube, people are voicing discontent with the jarring editing, the bland characters, and the ironic lack of Chinese subtitles. I’d like to point out specifically the decision to take the singing and Mushu out of the movie for the sake of realism and accuracy, but instead including a magic system, which was not part of the original story either. So much for loyal, brave, and true.

The credits list is also very revealing. While there may be diversity to sell on-screen, "Mulan" was a missed opportunity to get more people of color involved behind the camera, especially considering the story itself is a classic Asian tale. White people filled the roles of director, writers, cinematographer, costume designer, and composer, to name a few. Unfortunately, this tracks with the data - according to a UCLA study, in 2019 only 14.4% of feature directors and 13.9% of screenwriters of feature films were people of color; executive roles were 59% male and 86% white. With the announcement of the Oscar’s new diversity component to qualify for a “Best Picture” award, Disney, and every other studio, is really going to need to step up their game.

As if a failure on the side of representation wasn’t enough, this movie also represents a complete violation of human rights. Remember I mentioned parts of the movie were filmed in China? To be specific, filming occurred in the Xinjiang region of China where over a million Uigher Muslims and other minorities are being held in concentration camps and enduring conditions that, by the U.N.’s definition, qualify as genocide. Eagle-eyed viewers noted that in the credits Disney gave special thanks to several government organizations in the region that have been facilitating genocide, and promptly revived #BoycottMulan on social media. Disney has not yet given a response to media outlets in response to the media boycott.

The Washington Post called “Mulan” “Disney’s most problematic movie since “Song of the South”, which glorified life on a plantation in painfully racist terms”.

It’s an understatement to say I’m sorely disappointed in the production of this movie. I’m genuinely incredibly dejected that I can’t be proud of this film and sing its praises. It’s not the first time Disney has mishandled diversity in their films (I’m looking at you, “Star Wars Episodes 8 and 9”) but letting them wave off a mediocre movie and human rights violations is not acceptable. I have my fingers tentatively crossed that Disney’s next original animated film “Raya and the Last Dragon”, inspired by Southeast Asian culture and starring Kelly Marie Tran, will finally deliver the Asian-inspired epic adventure I’ve been hoping for.

While it’s ultimately up to you whether or not you decide to watch the film, remember that the media you consume and spend money on perpetuates the inequalities and injustices happening behind the scenes.

Jennifer Ng is the opinion editor and a photographer for The Beacon. She can be reached at ng21@up.edu. 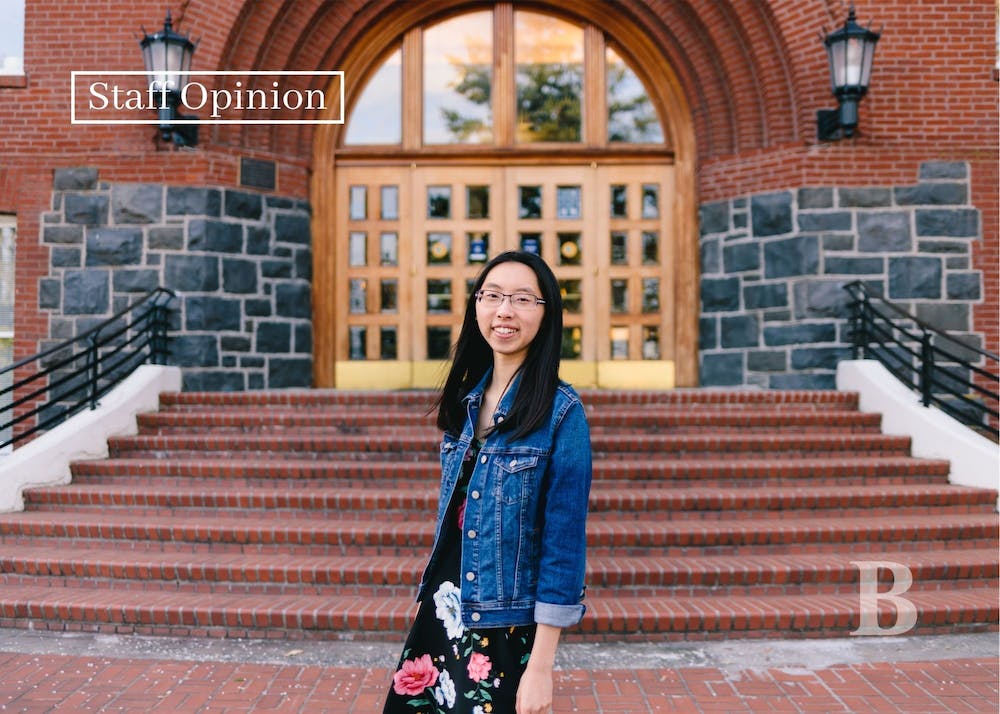 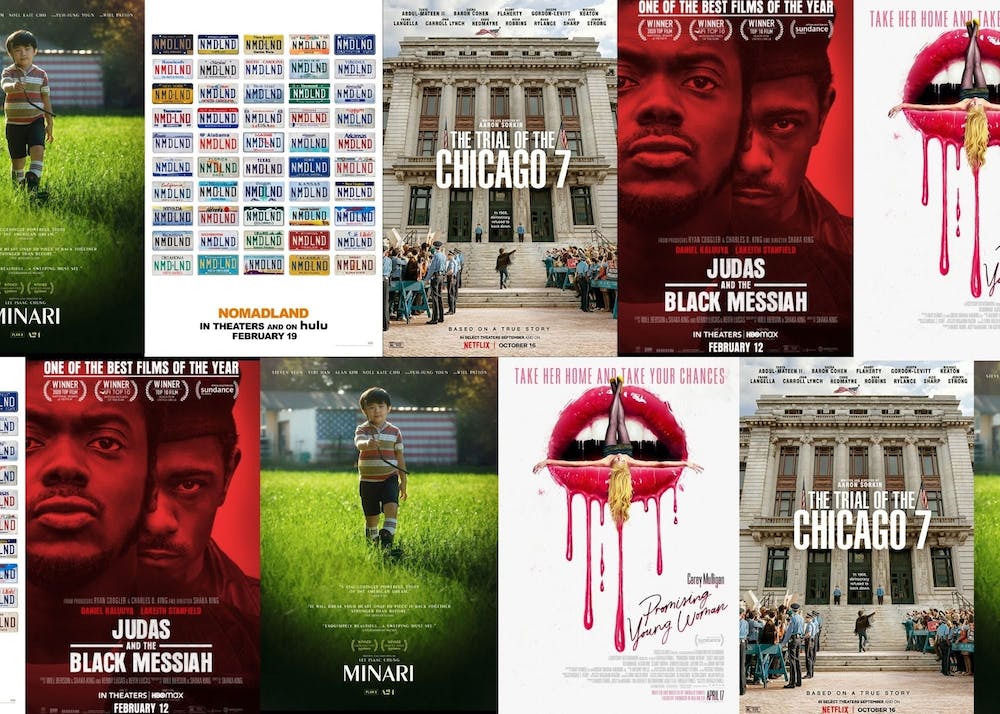