Two former Portland Trail Blazer guards met as coaches when the University of Portland Pilots’ men's basketball team hosted the University of Pacific Tigers on Thursday night. The Tigers, coached by Damon Stoudamire, who played seven seasons for the Blazers between 1998 and 2004, pushed passed the Terry Porter-led Pilots by a score of 65-55.

Coming into this game, Portland recognized that Pacific had the advantage when it came to size in the post. The Tigers’ starting center, Amari McCray, is the same height as Portland’s starter, Tahirou Diabate at 6’9”, but McCray owns a 40 pound weight advantage. Things did not get easier with the second unit as Pacific pulled 7’1” backup center James Hampshire off the bench.

Portland combated the size difference down low in the first half by being aggressive on entry passes, as well as providing defensive help when the ball did make it to a big man. This forced Pacific to commit eight first half turnovers, which turned into 11 points for Portland in the half.

However, Portland also got burned a few times when doubling in the paint as players would be late recovering back to their original cover. This turned into some open shots, including a big three-pointer by Tiger’s freshman guard Daniss Jenkins with under two minutes that gave Pacific the lead before halftime. The Tigers would hold that lead, going into the halftime break up 28-25.

The Pilots came out slow on the offensive side of the ball in the second half. Only scoring on two of their first eight attempts. They quickly found themselves down 10 after the first five minutes of the second half.

“We did not come out playing at the pace we needed to play with to get opportunities,” Porter said. “We were able to do some good things, but failed to convert opportunities at the rim.”

Pilot guard Malcolm Porter helped to keep Portland in the game by being aggressive and finding his way to the foul line. Porter went 6-6 from the line to keep the Pilots in striking distance of the Tigers. This was a big lift for Portland as they only shot 69% from the free throw line for the game. Porter went on to finish the game with 17 points on 5-8 shooting.

“I look at my match ups and attack, attack, attack,” Porter said. “That's what the coaches tell me what to do. I attack and try to get to the line or kick it out for three.”

Portland made a push, but it was ultimately not enough. Portland’s shooting struggles persisted throughout the half as they only made nine of their 28 attempts from the field in the second half, amounting to 32%.

Now below .500 on the season at 9-10, Portland will look to get back on track when they take on the University of San Diego in Portland on Saturday Jan. 18 at 7 p.m. 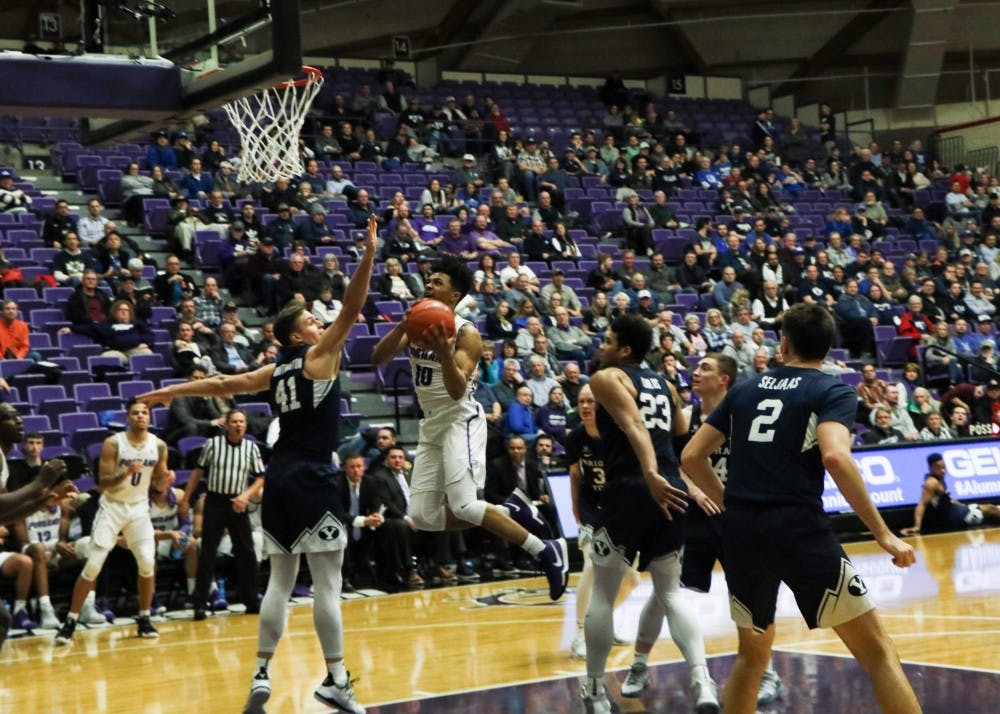