In high school, I played for my school’s volleyball team. One tournament, we played our rivals in the finals, and the excitement of a preseason win against this team was tangible. We were rowdy and loud, cheering for every point, and when opponents would serve, we would scream “ball’s up” and yell at them to make mistakes. Sometimes they would miss their serve, sometimes they would make it.

We ended up winning the match after going to three sets, but when we were taking our victory lap, someone stopped us. One of my teammate’s mom, who had a friend on the other team, stopped us mid-cheer and told us how rude and inconsiderate it was to yell at the other team while they were serving. I don’t think anyone took her seriously — we were high off the win and thought she was way out of line for scolding us.

Time passed, and I grew to realize she had a point regarding sportsmanship and playing fair. What we did as silly freshmen was careless and rude, and that mom’s message was important. I’m not going to say it doesn’t matter if you win because ask anyone: it totally matters. My focus is on what you see at every level of athletic competition: sportsmanship and the lack thereof.

I love watching sports, like the NBA, NCAA basketball and volleyball, and our own sports teams. I have also had firsthand experience of playing sports. I’ve played a sport every year since I was 5 years old, from soccer, softball, basketball, track and volleyball. I know personally how in the heat of the moment, with adrenaline pumping and high stakes, that it’s so easy to lose track of the bigger picture.

Through playing intramural sports, I’ve seen that UP’s students have a fire for competition, but sometimes that fire gets the better of people. There will always be the obnoxious celebration dancers and those annoying cheers when your team messes up. My junior year playing intramural futsal, my injury-prone friend got knocked down intentionally by an opponent, hit the gym floor and immediately reached for his long-time ankle injury. But with the ball stopped and the gym quiet, the girl who knocked him down laughed. While this behavior isn’t reflective of most UP students, it was still disappointing.

This wasn’t my first confrontation with unsportsmanlike behavior and it certainly wouldn’t be the last. UP’s Intramurals tries to check this behavior through their “Spirit of the Game” (SOG) rating on a scale of 8. The SOG score is up to the discretion of the individual referees. The Intramural sports handbook states that teams that are “friendly” to officials and opponents, playing “within the spirit of the game,” receive a higher SOG score. Teams need a 4.5 average to qualify for playoffs and can get a five-dollar fine when they don’t comply with the handbook guidelines. Since referees are all students, they may be reluctant to give low scores or fine fellow students.

Not only do players show unsportsmanlike behavior, but spectators often do, too. Before I became a sports reporter for The Beacon, sitting in the stands at UP soccer games, students around me would spew some less-than-acceptable profanities at the opponents. Students would look up opponents’ profiles on Instagram and use the names of their girlfriends to distract them from their game. Sometimes the players would even yell back — because what else would you do if someone singled you out by name?

These occurrences are not limited to the amateur level and are ever-present in the pros, as well. If you watched the 2019 NBA Finals between the Golden State Warriors and the Toronto Raptors, or even if you didn’t, it is a classic example of losing sight of reality at a sports game. Raptors player Kyle Lowry stumbled and fell on Warriors minority stakeholder Mark Stevens while sitting courtside at Oracle Arena for the third game of the finals, a possibility if you sit in the splash zone.

I watched this happen live, only having a view of Lowry arguing with someone on the sidelines. Once the story broke that Stevens had shoved and cursed at Lowry, a player just doing his job and playing his game, I was utterly disappointed. At any level of the game, from anyone, this behavior was wholly unsportsmanlike.

While these are some reprehensible examples of unsportsmanlike behavior in sports, there are lots of athletes out there embodying the spirit of the game.

Don’t get me wrong, I’m not perfect — sportsmanship is something I remind myself to prioritize every time I step on a court or a field. In sports, it’s important to remember that while they are adversarial in nature, treating opponents with respect is key to maintaining the basis of every sport, which is to have fun and be competitive. So, next time you’re at a game, whether professional, collegiate or even intramural, remember: Let the players play, let the officials officiate, let the coaches coach and let the spectators be positive.

Morgan Wahler is a sports reporter for The Beacon. She can be reached at wahler20@up.edu 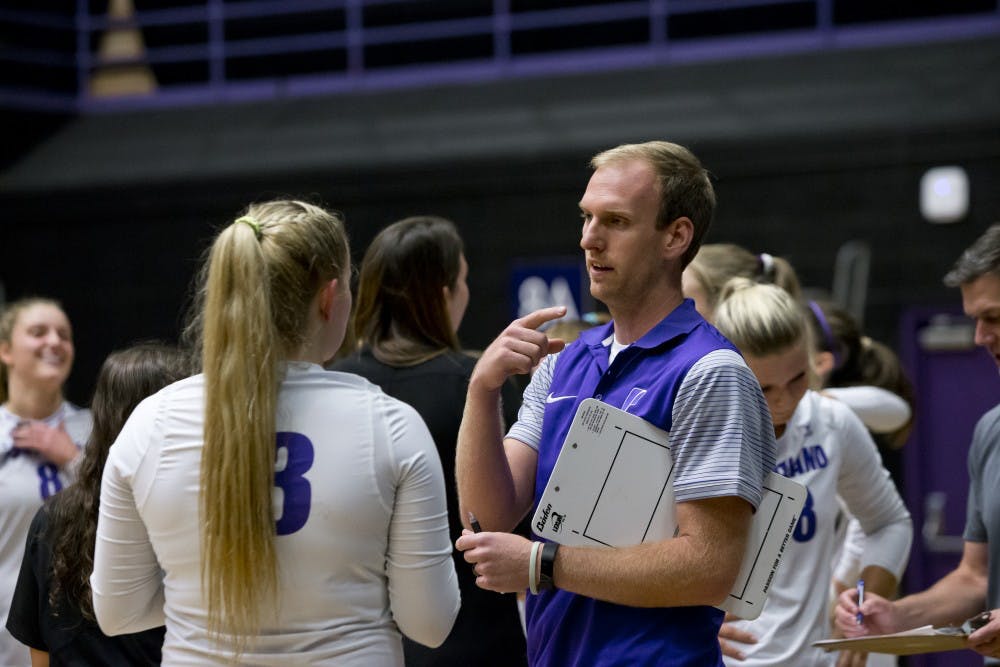