Dedication of the Grotto will be Nov. 24

Physical Plant workers install the Grotto in the Marian Garden by the Bell Tower.

Many Physical Plant workers, a truck hauling a trailer and a lot of coordination were needed last Thursday when the University of Portland installed a Grotto in the Marian Garden located next to the Bell Tower and the Chapel of Christ the Teacher. It came to fruition after nearly a year of planning and work. There will be a blessing and dedication of the Grotto following the 8 p.m. Mass on Nov. 24.

Director of Campus Ministry Fr. Jim Gallagher said he hopes students can use the space to embrace faith in a less traditional way.

“It’s not as formal as going to mass or another big liturgy, but it can be something that gives people a draw to prayer,” Gallagher said. “You can say a quick prayer and any of us can do that at any time, but to have the action of going and lighting and candle can provide a really good physical expression of prayer.”

The Grotto is comprised of two parts: The outer shell and a table that can hold up to 108 candles that last for five days while lit as well as a purple candle that will always be lit.

Candles will be available in the table cabinet below the candle stand after the blessing and dedication. There will be a $3 donation box inside the chapel as well as a web page for donations.

Scott Foster, one of the artists of the Grotto, said he wanted to create an object that had an “earthy” feel.

“We reproduced it out of a cedar shell, then covered it with brass and copper and hammered it in to give it that earth feel, but it's metallic so it will also be very bright,” Foster said.

Gallagher and Todd Yuratich, the purchasing advisor at Physical Plant, took time to ensure that the artists contracted shared Gallagher and Yuratich’s vision of what they wanted and that the final product would have a continuity with the rest of campus.

“(Todd) and I have been talking about this since December of last year and the artists have been working on it since March of last year,” Gallagher said. “When you take your time and are deliberate and patient with it then you get … a piece that fits with everything that is going on and has a much greater capacity for lasting.”

Gallagher noted that they wanted to keep the design of the Grotto connected with other parts of campus, specifically the arc.

"The form is so geometric, in fact, the arc is exactly the arc of the Franz doorway. We tried to mimic that arc of the Franz Hall doorway to further tie it into the campus," Gallagher said.

The shell’s texture also was designed to resemble the doors of the Chapel of Christ the Teacher, according to Yuratich. He said he wanted the outer shell and the table to have a worldly quality to them.

“It’s got the dichotomy of a worldly outside and a celestial inside,” Yuratich said. “We chose 108 candles, reflective of the 108 beads on a rosary. It’s all to embellish the space.”

Yuratich said he wanted the grotto to be timeless.

As the campus develops, Gallagher hopes to incorporate more pieces of art that tie into faith with the diversity of the student body on the Franz campus and in the north quad specifically.

It was critical for Gallagher that students have the opportunity to light a candle even if they did not have the means to pay for it.

“I want students who to know that if there is something on their heart that they would like to come and offer a prayer for to come and do so,” Gallagher said. “At some point if they have the capacity to offer a donation they can do it then, but the most important thing is in those moments to have that space and opportunity to come to.” 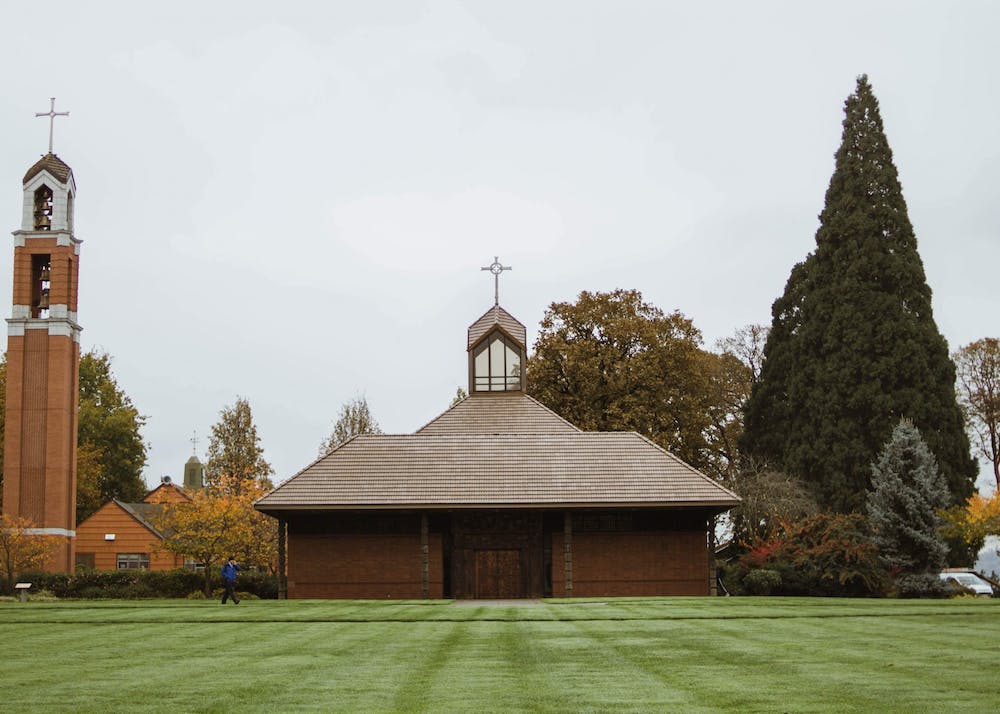 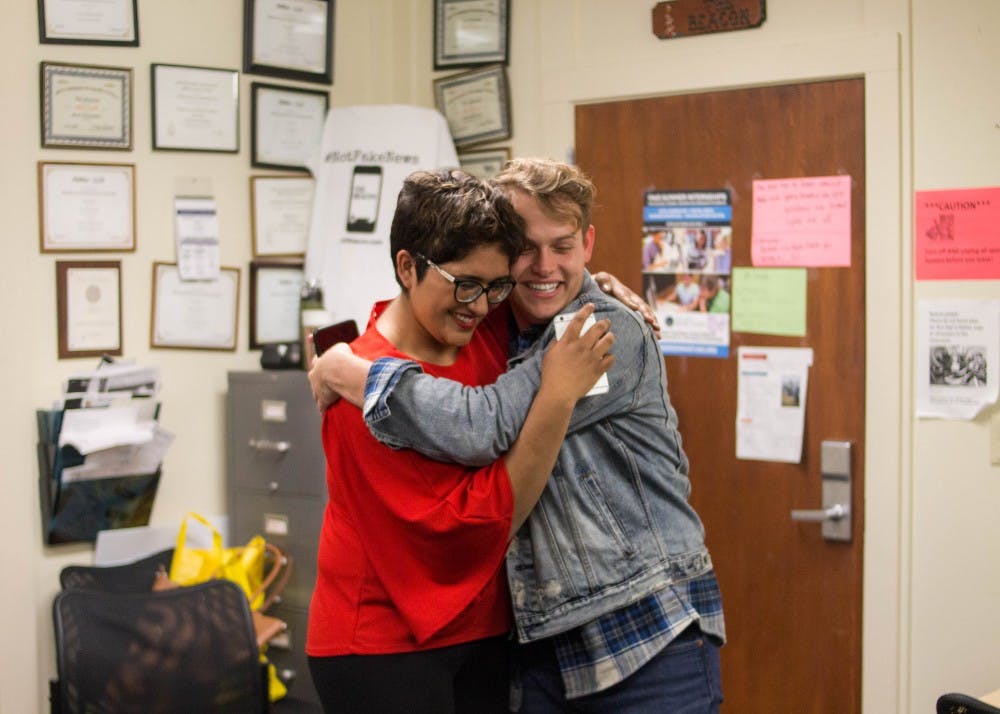 by Olivia Sanchez and Rachel Rippetoe