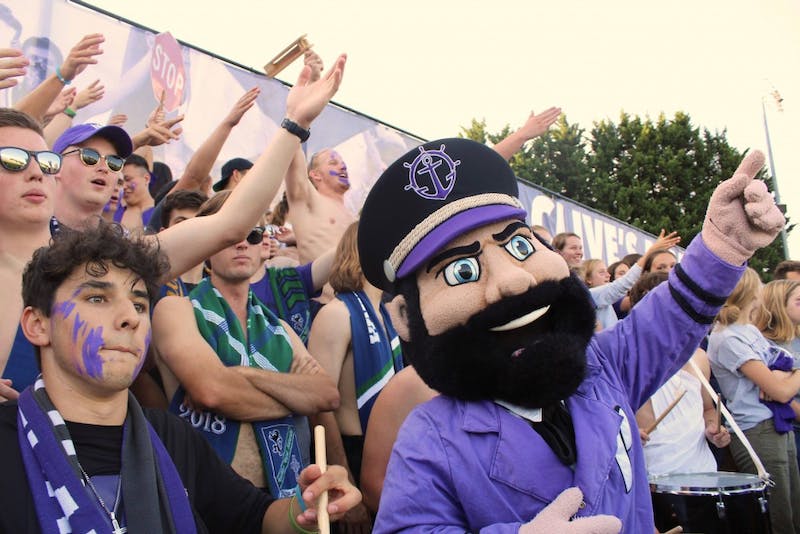 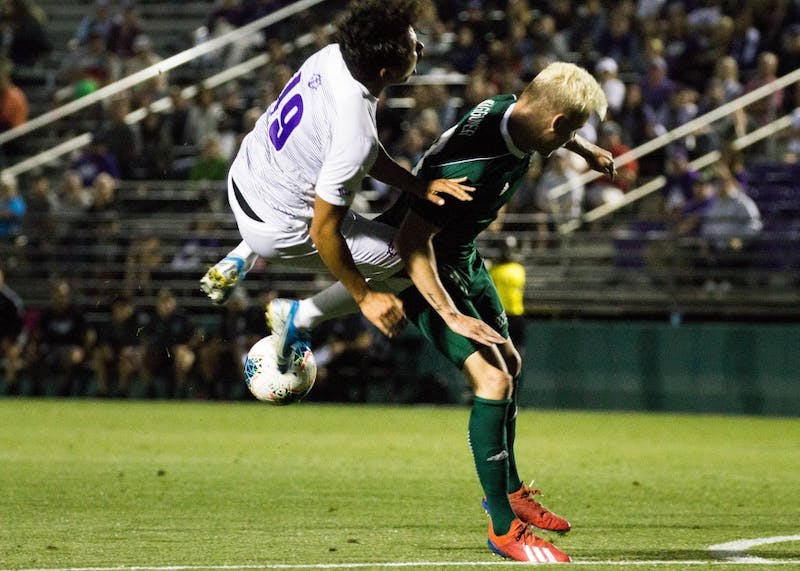 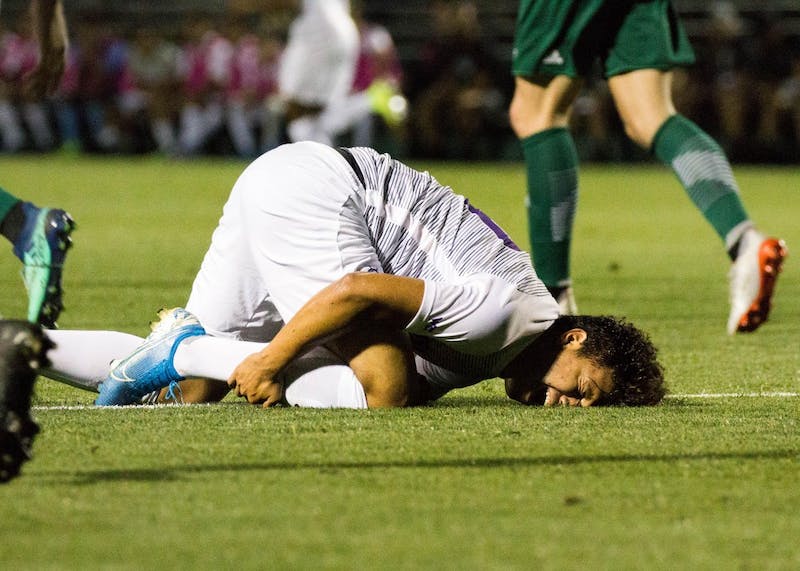 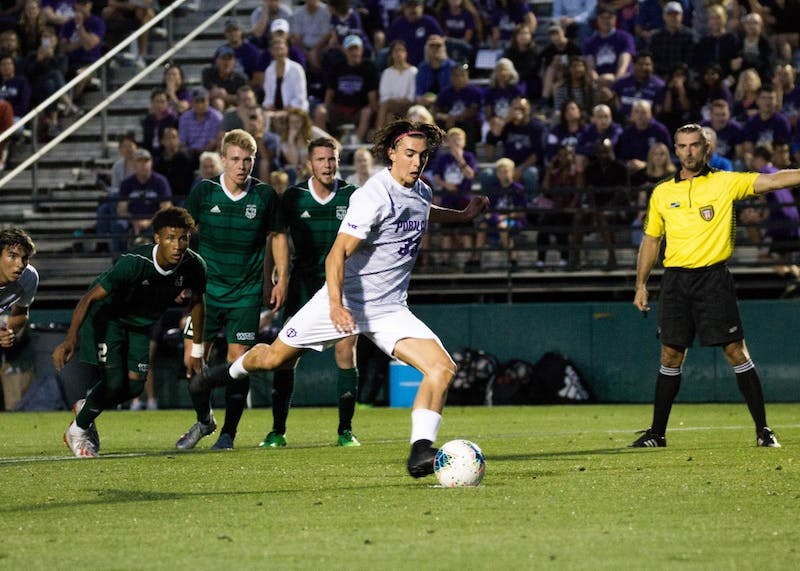 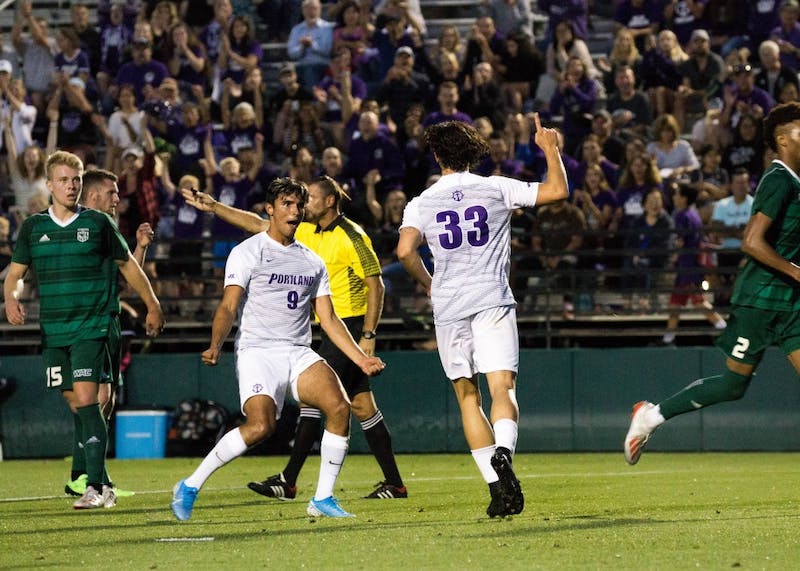 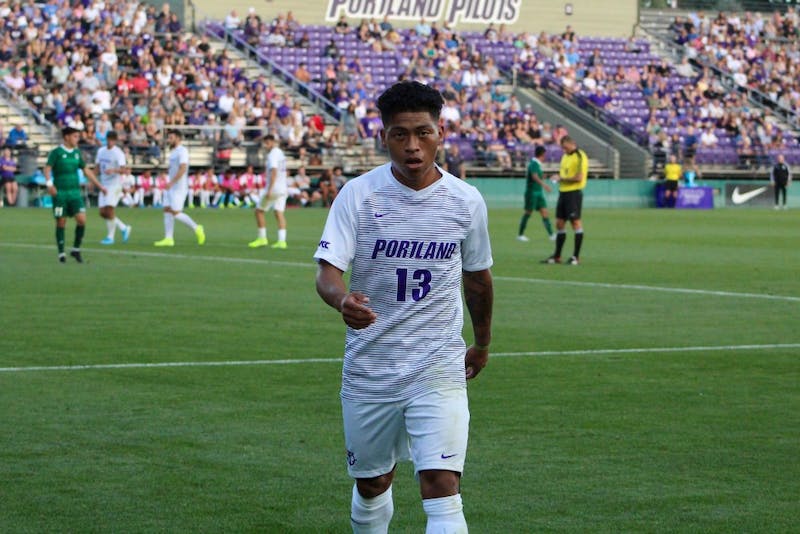 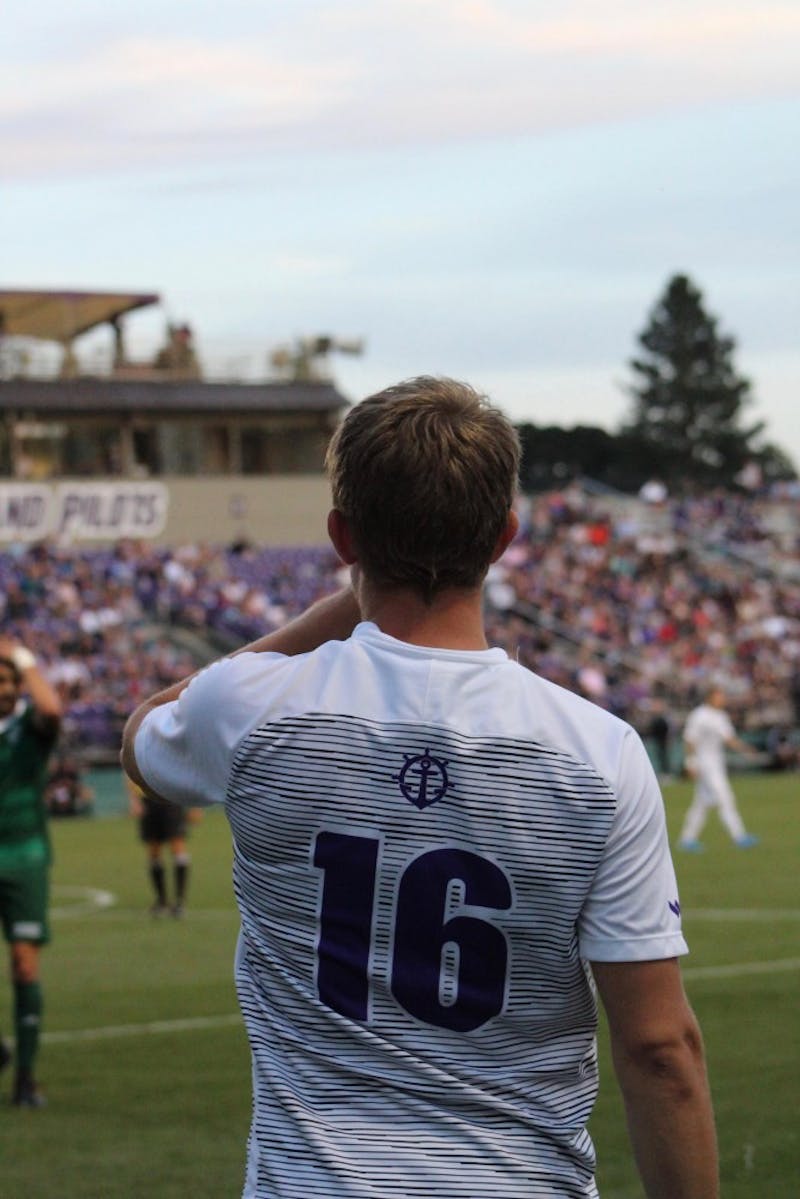 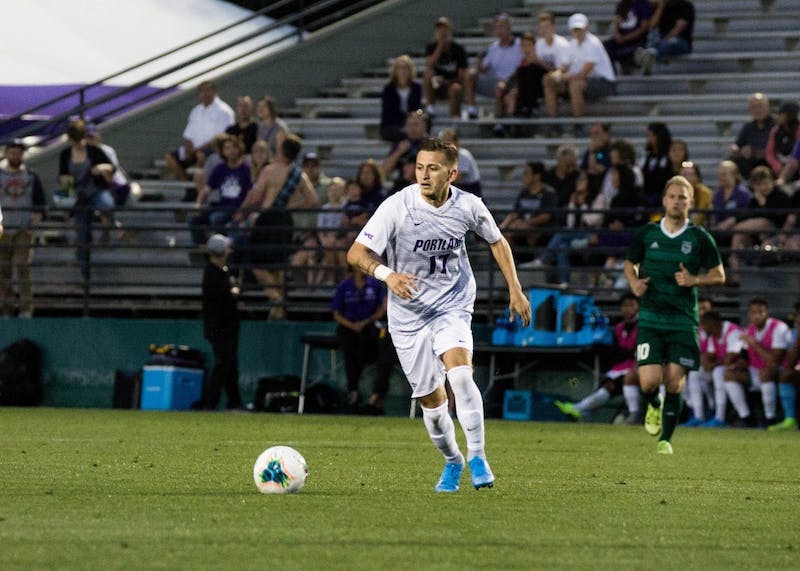 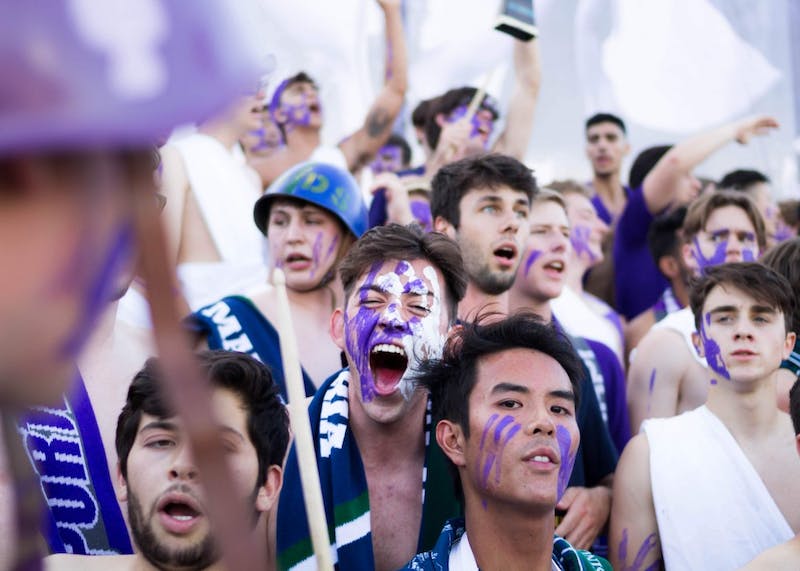 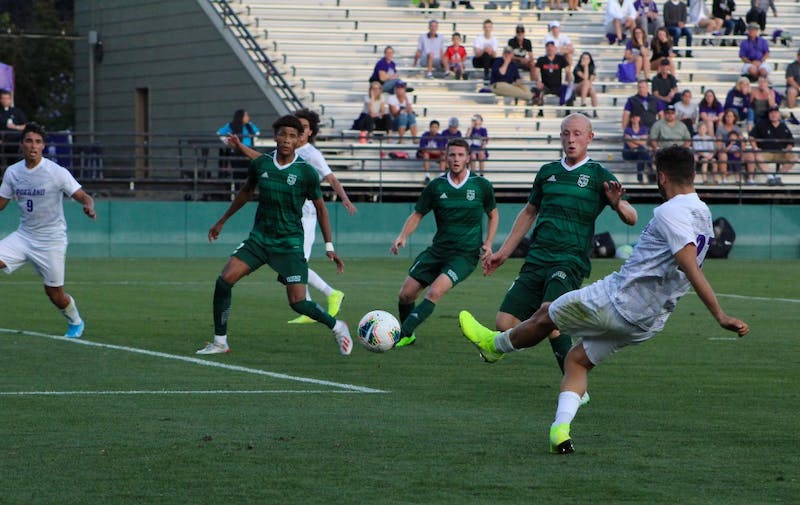 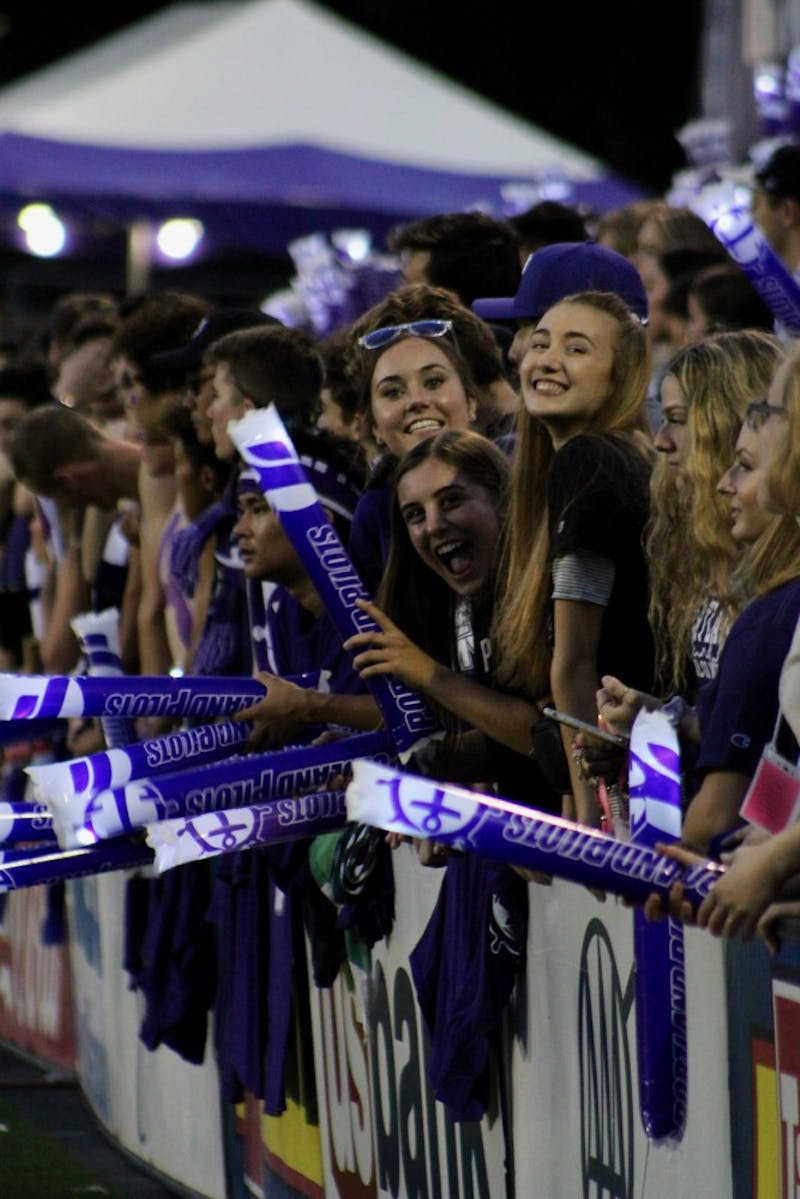 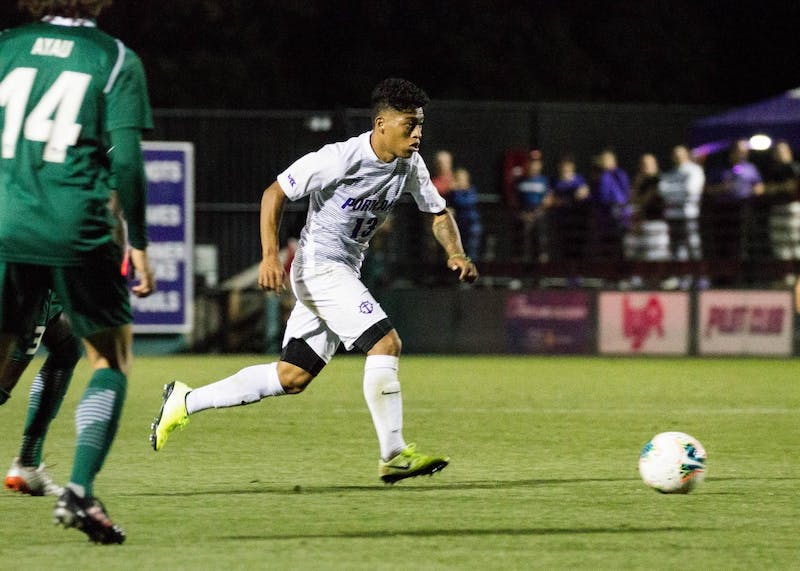 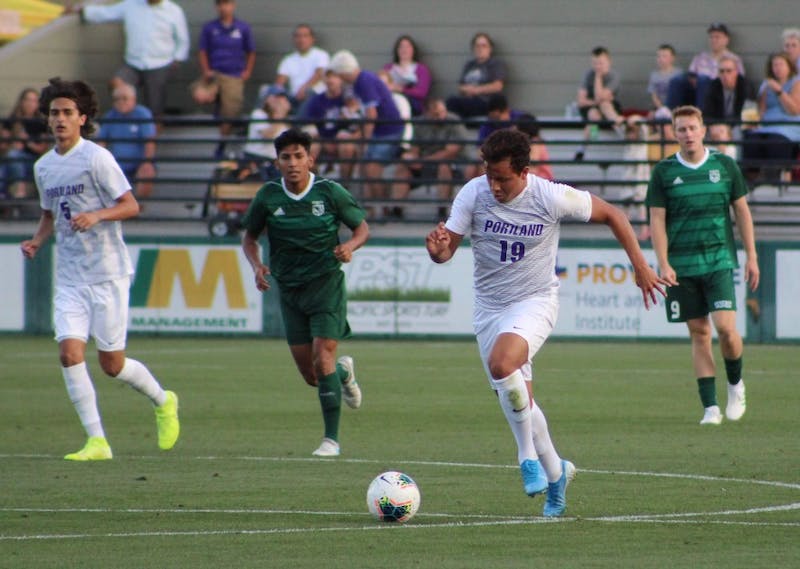 Portland Pilot fans packed the stands for the men’s soccer team’s second and final exhibition game against Utah Valley University. The Pilots were victorious by a margin of 1-0.

The game was physical from start to finish as the referee allowed both teams get away with extra shoves. The physicality hurt Portland when freshman midfielder Jacobo Reyes got tossed to the ground on an attack to the goal. Reyes would leave the field under his own power, but would not return.

Head coach Nick Carlin-Voigt used the exhibition as a chance to see a few different looks. This included giving senior midfielder Rey Ortiz and Reyes looks on both sides of the offense.

Portland was able to push the ball, but struggled to put the ball in the back of the net. Finishing with 13 shots in the first half — 20 total — Portland only found one goal on a penalty kick drawn by freshman Jacobo Reyes. The penalty kick was taken by junior forward Luke Hendel and placed in the lower left corner of the goal.

“There were times tonight we needed to be sharper in the final third,” Carlin-Voigt said. “We scored a goal off a penalty kick, but not scoring a goal off running a play I was not pleased with. Credit to their goalkeeper, he made some incredible saves.”

Regulation came to a dramatic end when both teams met in the corner and a scuffle started to break out before being controlled by referees. The two teams continued to play two 10-minute halves following regulation for extra work.

Portland will take on Colgate Friday, Aug. 30 on Merlo Field to open up their season. 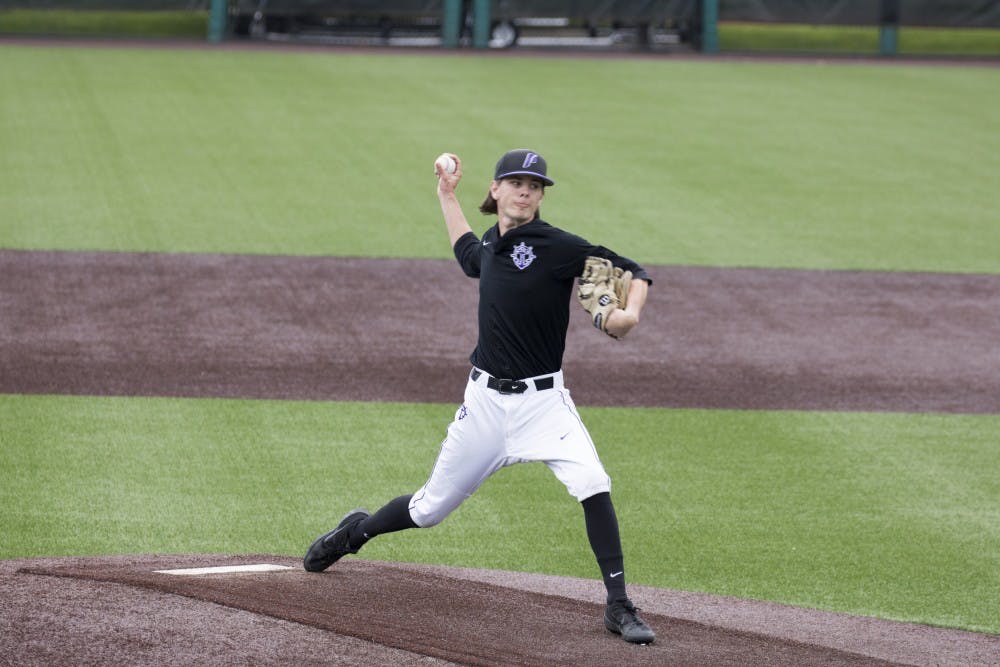 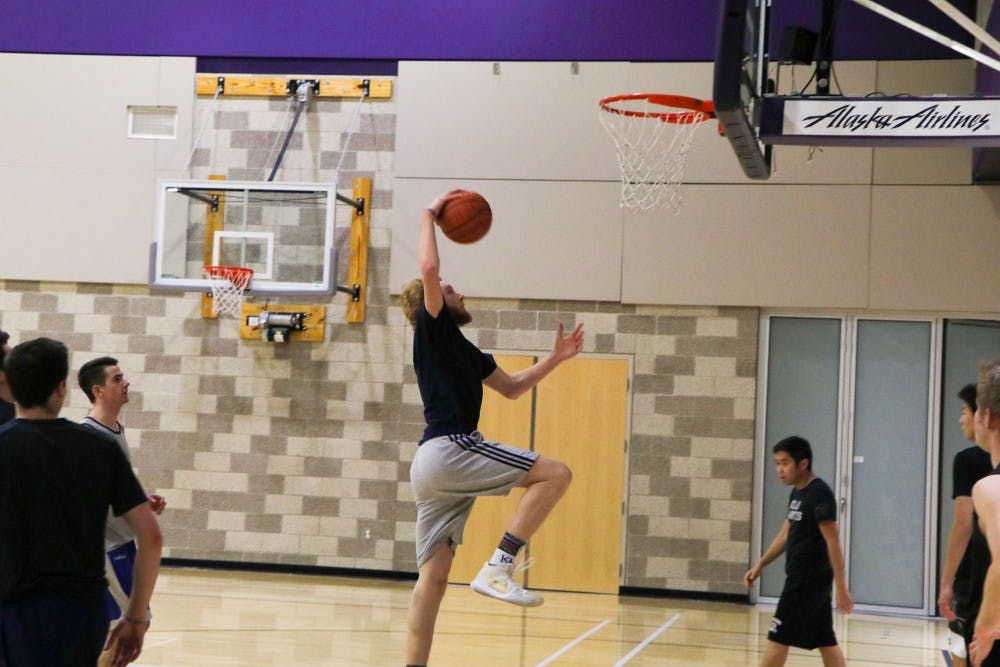