The rowing team wakes up early almost every morning to row here at Vancouver Lake.
by Annika Gordon / The Beacon

156 days. The University of Portland rowing team has 156 days out of the academic year where they have 20 hour practice weeks. That’s 3,120 hours of practice hours. It’s more than any other varsity team on campus, even more than baseball according to head coach Pasha Spencer.

This is just during the team’s 20-hour weeks. In the off-season — only three weeks long, beginning in late November —  the team practices eight hours a week to get as much training as possible, whether it’s out on the water, in the erg studio or lifting weights. They wake up almost every day at 5:15 a.m. just so they can make sure they’re on their way to the lake by 6:00 a.m. 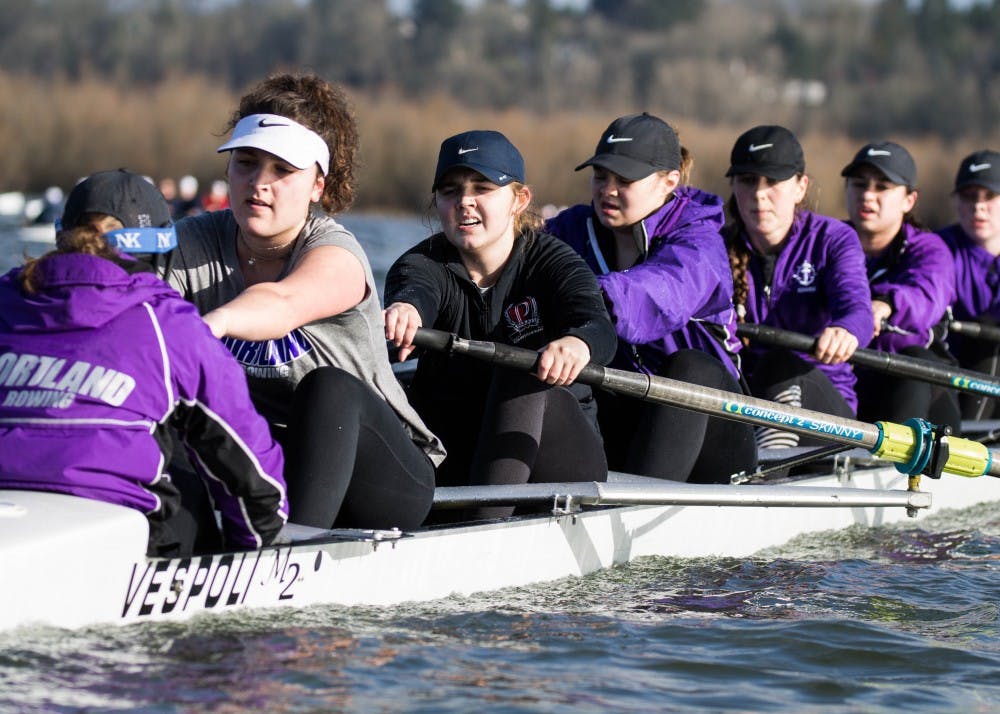 All of this training is done so that six times during Spring semester for six and a half minutes they can do their job. It’s an irony that is not lost on Spencer.

“It’s a lot of buildup to a mile and a quarter sprint,” Spencer says, who has coached the team since 2012 and whose passion for rowing shows as she hands me a DVD about the 1936 men’s rowing team that competed in the Olympics in Berlin. Spencer has had an affinity for the sport since she walked onto the University of Washington rowing team as a freshman.

Every bit of training is necessary too. Rowing is a grueling workout, something that takes immense amounts of endurance and willpower to do. It asks rowers to do anywhere between 30 and 45 strokes per minute for six and a half minutes. It’s a motion that takes the strength of your whole body.

“When you’re doing anything, 34 to 35 repetitions, full body workout per minute for six and a half minutes it’s a lot of work,” Spencer says with a chuckle. “And then at the end you’re like ‘Hey let’s hit that 40 (stroke speed) again!” 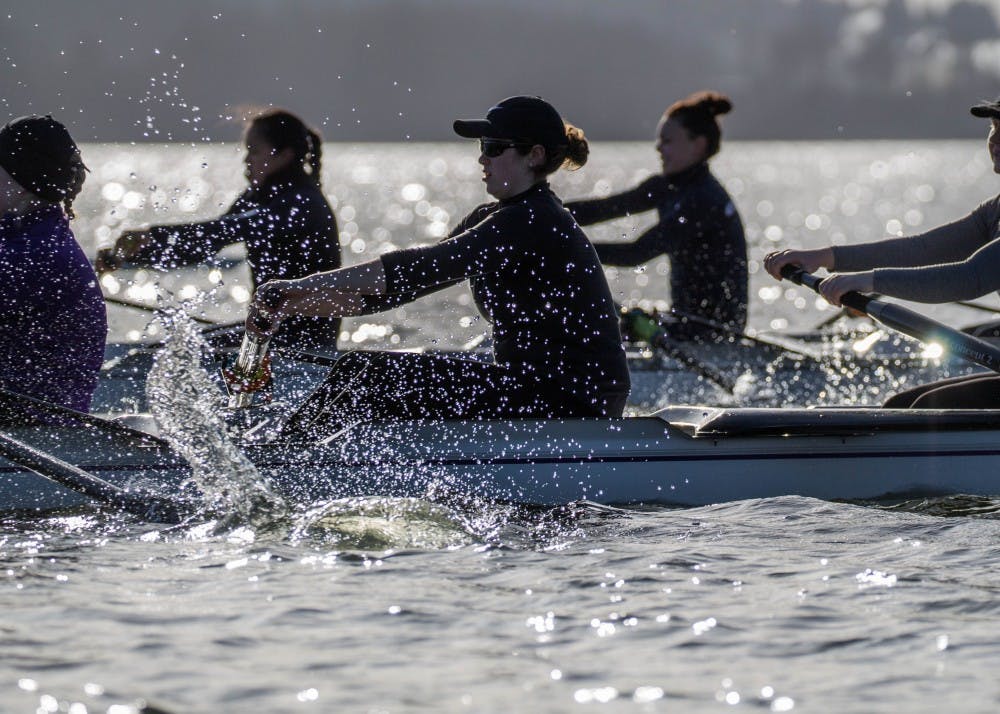 Arguably no other team works as hard as the rowing team year in and year out. It’s one of the most grueling sports offered at the varsity level here at UP, yet most people on campus don’t know it exists. It’s time to pay attention though, because this year, the hard work is paying off.

“We’ve been getting faster than in previous years,” senior rower Sydne Jacoby said. “In the fall we were just behind one of our rivals, University of San Diego, by only a few seconds which I don’t think has ever happened in our program history.”

The team just had five of six boats finish first at the Husky Open in Seattle and also saw their team perform well against other West Coast Conference (WCC) teams at the San Diego Crew Classic earlier in March. They are hitting lower splits better than previous years and seem to be finding their stride.

“I think we’ve developed a good baseline,” junior rower Veronica Nicacio said, who also made the preseason All-WCC rowing team. “We got a lot of new freshmen this year that have a lot of potential. It’s been really good to have that push from the bottom, too, because then our top (rowers) get faster.”

“I think we can beat our times from last year as a whole,” Nicacio said. “I feel like our mojo as a team is better than what it has been from what I’ve seen and that plays a big part.”

This year, the team has one particular goal in mind: break into the top three of the WCC after multiple years of finishing fourth in the conference.

“We want to get third,” Jacoby said. “It’s happened in our program before but it’s been a while, so our goal is definitely to get third.”

While the varsity program itself may be young (though rowing had been a club sport at UP since the 1980’s), the growing team continues to improve and become more competitive against their WCC rivals. This year could be one of their best yet, especially if they are able to continue on this trajectory. It’s starting to now seem like waking up for 6:00 a.m. practice almost everyday is worth it.

It remains to be seen whether or not they’ll accomplish their goal and break into the top three at the WCC Championships on May 12 in Sacramento, nearly two weeks after most UP students have packed up and gone home for summer break. The only certainty with this team is that almost every day they’ll be waking up at 5:15 just to make sure they can leave campus right at 6:00 a.m.

They’ll be sure to do so for the remainder of the 156 days of practice. All for six and a half minutes of glory.

Outside the uniform: Athlete fashion in Women's sports