With the United States Men’s Soccer team qualifying for the 2022 World Cup in Qatar, a buzz of excitement and passion has rippled through the U.S. Soccer fanbase. Finally, we are back in the men’s tournament! But as thrilling as this may be for U.S. soccer fans, there are many fine details throughout the U.S. men’s program that should be closely examined so we don’t just barely squeak through qualifying again. The U.S. has made soccer recruiting too focused on the stereotypical American athlete, creating a gap in the level of play between the U.S. and other countries around the world.

The first thing that has to be improved is the development of talented players. The United States youth soccer system is simply not good enough. Though the players are talented, they are not groomed to their full potential and there are too many amateur coaches. The pay-to-play system of the U.S. Soccer is to blame for this. It is too expensive for many of the best players to play on high-quality club teams, so they play in recreational leagues instead. There are very few scholarships available on elite teams and many players don’t even know scholarships are available.

This closely relates to the second thing that needs to be improved: scouting. Because elite clubs are dominant and cost-prohibitive, the probability of finding a player with the potential to become a professional is significantly lowered as not all great players can join the clubs that attract scouts. The U.S. system is very different from elsewhere in the world. For example, in Europe, players can join excellent, high-level teams without having to pay. Many football academies are fully funded by professional teams, and the players do not have to pay anything. It’s almost like a full scholarship for all footballers that are good enough.

Imagine if a player, in a random pickup game on a random field, was the best player you’d ever seen. In Europe, that player would be noticed. In the U.S., if that player didn’t have the privilege of playing for a high-level team, chances are he wouldn’t even know he was that good. His chances of falling through the cracks and not getting noticed by a college scout are very high. Simply put, less money equals less opportunity in U.S. Men’s Soccer. This needs to change for the MLS and the men’s international team to reach the next level.

The U.S. college soccer system is a big reason for the failed structure of men’s soccer. College teams are supposedly composed of the best players, but unfortunately, college isn’t cheap and access to scholarships is very limited. If a player is not playing for a high-level team then they will get less exposure to coaches and their ability to get a scholarship and reach the next level of men’s soccer in the US will be inhibited.

Many colleges are also becoming more international, and though this is great for the college teams, it takes away from the development of our own nations' players. U.S. college soccer is played at a very high level at division one schools, but the number of players who get spots is very limited. Many talented players have to forgo college teams and train on lower-level men’s teams. If the program was changed to scout players from a young age and give them the resources to train and go to school, then a higher level of overall talent would be seen. What if instead of going to college to play soccer, you went to a club that gave you access to education as well high-level soccer development? College is an extra step for most players.

In division one, very few players end up getting drafted into the MLS. The MLS draft also results in many players entering the MLS from college at an age of 22. This keeps the MLS quality level below that of the rest of the world. To play against professionals from around the world, U.S. men need to gain experience and play at a higher level when they're much younger. Christian Pulisic, our very own Captain America, signed for Borussia Dortmund at 16. One of the reasons he is the player he is today is that he skipped the American college soccer system. When U.S. men’s soccer becomes more affordable and less focused on the college system, the development of quality footballers will be improved.

Lastly, in the U.S., men’s coaches often overlook player development and focus solely on the results on the pitch. Through my position as team manager for the University of Portland Men’s Soccer program, I am proud to say we are one of the few that can produce and nurture top-level talent. Our program focuses on developing incoming athletes on the pitch and off to become skillful ball handlers and excellent team players.

Unfortunately, many college coaches do not know how to appropriately balance development with winning. They are often too focused on the school's results, winning a championship, or pleasing people who will donate to the program. Some coaches are also obsessed with having a team of tall, physical, muscular players. While this tactic of building a team through weight and height requirements may work in men’s college soccer, it also prevents many talented players who don’t fit an idealized body type from gaining the necessary experience to play at the top level.

College soccer would be immensely improved if universities had youth club soccer programs linked to them for the specific purpose of developing talented footballers. This would allow for fluid movement between squads, promoting a player into the first team if warranted and giving kids something to shoot for. College soccer should also not be limited to 18-22-year-old players. Since college teams only have one first team, there is less competition for places.

A division one program should work like an academy that will focus on a player's overall development, giving younger players the chance to learn from and play with more experienced, older players. This would be the first step to increasing the level of play in U.S. Men’s Soccer, but we also need to improve the semi-professional leagues and development academies of MLS clubs. If more clubs could hand out education opportunities, more players would be identified based purely on talent, no matter their age, financial background, or muscular build.

As a fan, a player, and a coach, I have seen the issues with American soccer firsthand. While we’ve made good progress, there is still a lot that must improve. The lack of homegrown talent in United States Men’s Soccer is frustrating, but hopefully, success in the 2022 World Cup will bring attention to the need for better development and scouting.

Aidan Hyde is a freshman at UP. He can be reached at hydea25@up.edu. 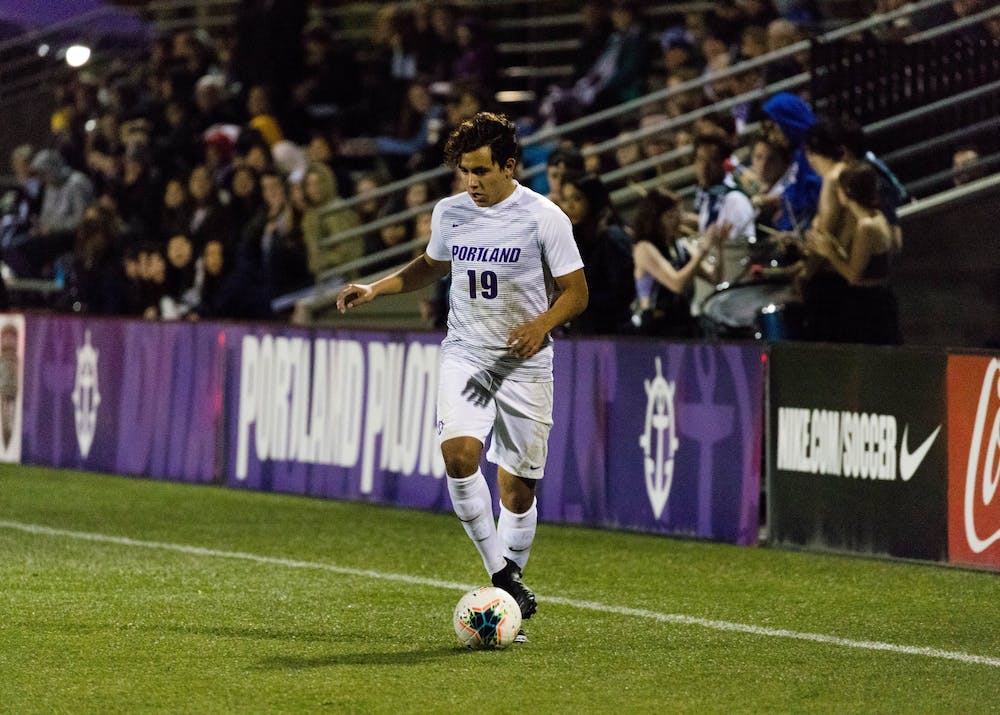