News > Isley Cachero, beloved UP alum and ‘Villan’, dies at 23

Isley Cachero, beloved UP alum and ‘Villan’, dies at 23

Isley Cachero poses for a picture in his graduation robes.

If you walked into Isley Cachero’s room in Villa Maria Hall any time between 2016 and 2020, you were instantly greeted with a smile, and more than likely, a question: “How’s it?”

“As far as Villa goes, he was the guy that everybody knew,” current senior and former Villa resident Matt Branick said. “One of the things I was so impressed by is that he would walk in the door and he would know every single person that was in there.”

Cachero, who hailed from Honolulu, Hawaii, was diagnosed with Diffuse Intrinsic Pontine Glioma (DIPG), a rare brain tumor, during his junior year in winter of 2019. After two years of battling the tumor, Isley died on April 3, 2021, at the age of 23. He is remembered as a patient, funny and easy-going guy who could make a friend anywhere he went.

“He loved to laugh, he was full of jokes, very spirited, he always had something to say,” close friend Haley Nabarrete said. “He fed into that Villa energy so much, super involved, had a ton of ideas, he wasn’t afraid to share those ideas either.” 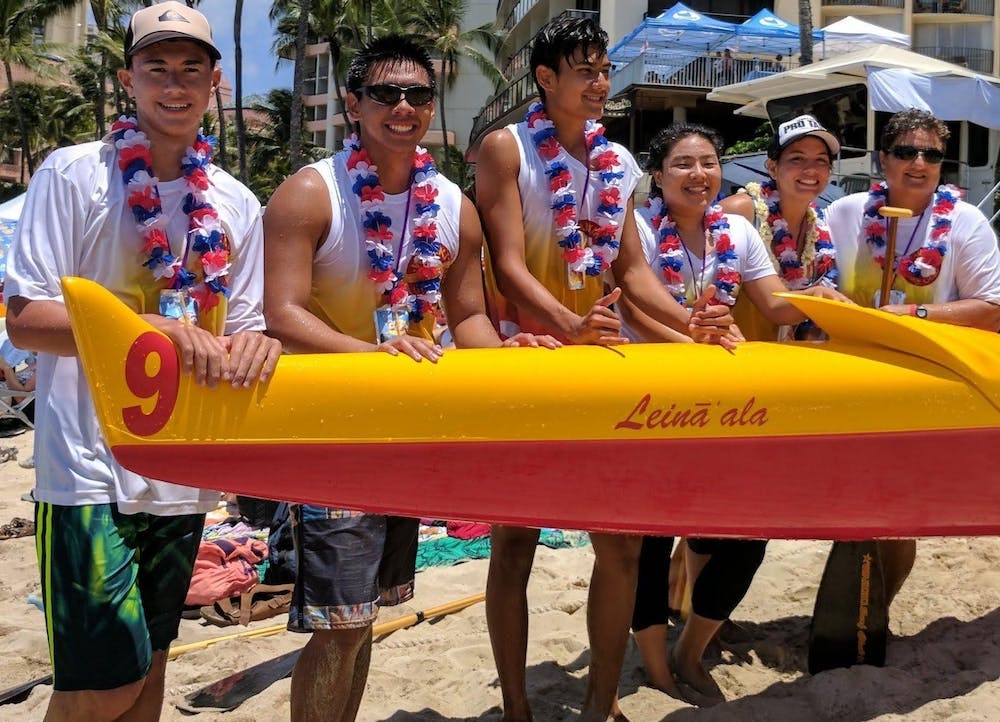 Growing up in Honolulu, Cachero was always a positive spirit, no matter who he was around. Cachero’s mother, Dana Lee, described young Cachero as a “happy kid, always happy. Especially in the neighborhood playground, he would always be the youngest kid playing basketball in the park.”

Throughout grade school and his four years at St. Louis High School, Cachero always loved sports, particularly basketball. After trying out for his high school basketball team during his freshman year and getting cut, he decided to take up canoe paddling, a sport that he would come back to in his final days when his mobility became restricted. In the summers, Cachero paddled for the Waikiki Surf Club, and Lee has fond memories of Cachero competing at the yearly Fourth of July event in high school. 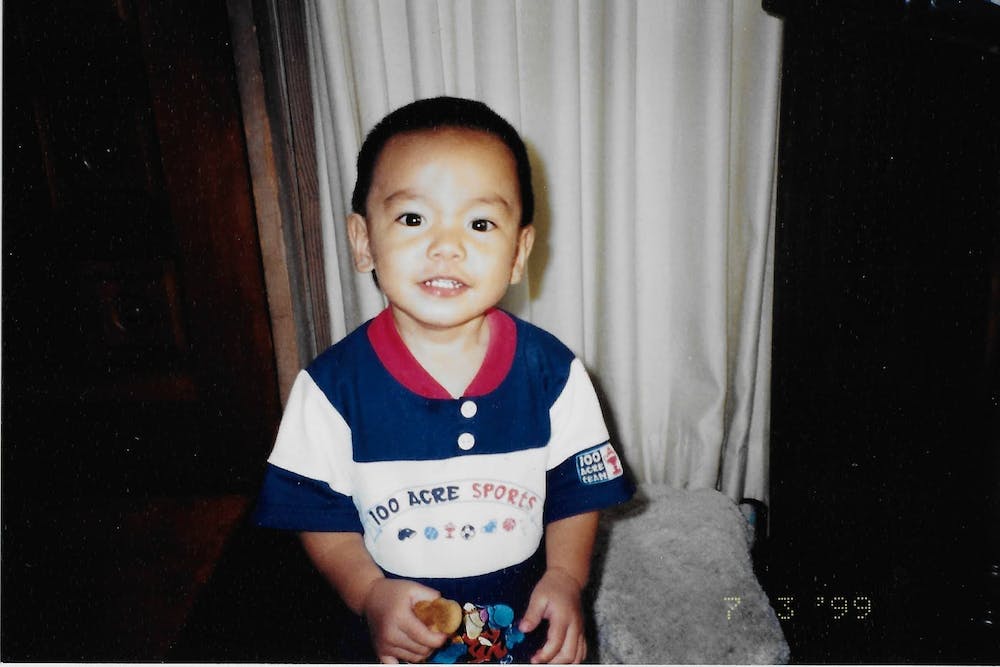 On top of this, Cachero was always a strong student, which won him numerous awards throughout his childhood and high school years. In his junior year of high school, Cachero toured several colleges on the West Coast, but the choice of attending UP was an easy one, as he fell in love with the Pacific Northwest scenery and the local food spots.

In his first few years at UP, Isley quickly found his home in Villa, becoming a Community Assistant his sophomore year and never missing out on the Villa Drum Squad activities. His favorite afternoons were spent behind the CA desk watching old WWE videos or rewatching Miami Heat game highlights.

“He was one of the leaders, he wasn’t organizing everything going on, but he was always a presence there, he was at all of the events,” current senior and former Villa resident Peter Anderson said.

After being diagnosed with DIPG in 2019, Cachero took the spring semester of his junior year off and returned to his home in Hawaii. Being stuck at home didn’t extinguish Cachero’s hope — it fueled it. While home, he was constantly researching new diets, exercises, and other routines to help maintain his strength, all while undergoing chemotherapy, physical therapy, and countless other treatments.

School was always a priority for Cachero, so while taking the semester off, there was no question that he was going to return to UP and graduate on time with his fellow classmates.

“He was very adamant about graduating on time for the rest of us,” Nabarrete said. “He was taking classes over the summer while he was getting treatment. Even on days when I was feeling like I didn’t want to go to class, he rolled out of bed and he took himself to class, so [he was] really a hard working student.”

In the fall of 2019, Cachero returned to Portland for his senior year, back to the comfort of his dorm room, which had a strict open-door policy and an even stricter no-shoes-on-the-rug rule. For Isley, returning to The Bluff meant returning to his home, and Villa welcomed him back with open arms.

“When he came back, I was so happy, it was so good to see him and he was so happy to be there,” Anderson said. “It was just like old times, we were watching movies in his room again and everyone was so happy that he was back.”

Although still regularly visiting OHSU for checkups, he successfully managed all of his classes for the next two semesters, even when COVID-19 forced the remainder of Cachero’s senior year to be conducted virtually.

In May of 2020, Cachero’s hard work paid off when he received his degree in Operations and Technology Management along with his fellow classmates.

“It was surreal, we wish we could have seen him walk on stage, but he did it, and it was very gratifying,” Lee recalls.

In the next few months, Cachero’s speech and physical movement became severely restricted while back at home, but he never lost his positive spirit, something that he was known for back at UP. 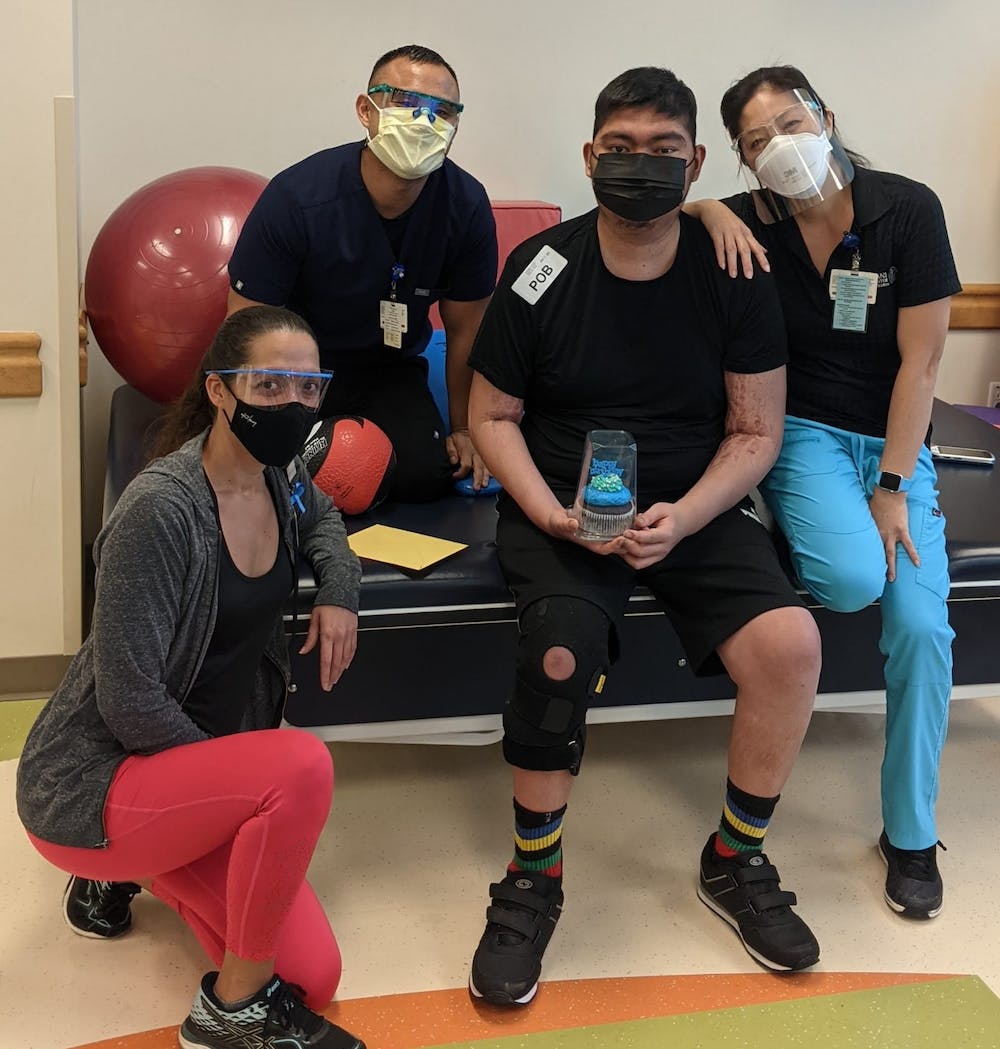 “Every time I talked to him, he basically said ‘I have the choice to be sad about it or just live my life’, and that’s exactly what he did,” close friend Stephanie Galati said. “He didn’t let it slow him down, and he was one of the strongest people I’ve ever met.”

In the summer and fall following graduation, Cachero kept himself busy, investing in the stock market and continuing to research new medications and treatments. He also volunteered for Meals on Wheels twice a week throughout the fall, all around doctor appointments and MRI scans. Determined to stay busy, Cachero continued going to the gym until he no longer could. Up until a few months ago, Lee accompanied Cachero to the gym to help him achieve his goals, pushing his wheelchair from machine to machine.

The last few weeks for Cachero were difficult, but Cachero’s spirit never faltered. In his final days, Cachero had time to say goodbye to friends and family, and passed while surrounded by loved ones. A live streamed memorial will take place on April 30.

Friends of the Cachero family have set up a GoFundMe page to assist with costs.

“I know for a fact Isley went peacefully,” Lee said. “Now, I just think of Isley up in heaven, without a wheelchair, without any boundaries, no walkers, no 24/7 double vision, no headaches, just being free and watching us and guiding us from above us. It makes me happy when I say that.”