The Gender Sexuality Partnership has changed its constitution so that it no longer has a mandatory Campus Ministry advisor.

In 2009, the Gender Sexuality Partnership — then known as the Gay Straight Partnership — applied and became UP’s first ever club focused on sexuality. This was a big moment for LGBTQ students at UP, particularly after multiple attempts for similar clubs were shut down by the University for conflicting with the school’s Catholic values.

Now, almost exactly thirteen years after GSP’s founding, the club has removed a constitution clause requiring a designated advisor from Campus Ministry. Prior to this, GSP was the only club on campus with a mandated Campus Ministry advisor.

According to GSP Vice President Tate Harris, making the change was important because students shouldn’t feel pressured to explore their faith through Catholicism.

“Because the club was founded so closely with Campus Ministry as the only way it could happen at the time, it took a bit of unwinding so that we could find equality, because there’s no other club on campus who has a requirement like our constitution,” Harris said.

According to the Director of Campus Ministry Fr. Jim Gallagher, the requirement’s purpose was to establish a healthy relationship between the two groups.

“It may seem controlling, and the idea there was to acknowledge the importance of the group on campus, to acknowledge some ways that there can be misunderstandings between members of the church and members of the LGBT community, and wanting to make sure that there’s that clear connection,” Gallagher said. “It was meant to be an investment in how important the group is for our campus ministry.”

This change comes weeks after the Catholic Church stated that they would not bless any same-sex marriage. While this news has caused tension between the LGBTQ community and the Catholic Church, the GSP leaders are thankful for Campus Ministry’s support and resources, and want to continue to have a strong relationship with the organization.

“We don’t want anyone to get the impression that GSP doesn't want a relationship with Campus Ministry, because they have a lot to offer to a lot of students in GSP,” Harris said. “We strongly believe that those connections need to be optional for queer students as much as they are optional for anybody else.”

For GSP President Aubrey Putansu, the priority should always be the wellbeing of students, and unfortunately, the Church’s statement might be taken as an insult for individuals who do not identify as cis or heterosexual.

“I think the message is that ‘we don’t view you as equal or the same’, and that’s really upsetting,” Putansu said. “I don’t have a Catholic background, but I know for my friends who do, that is so harmful and hurtful. It feels as if there is a chasm between being yourself and being faithful and it feels like your religion is rejecting you for existing.”

According to Fr. Gallagher, the Church has plenty of room to grow, and it all starts with respecting others and their dignity as a person.

“It’s an organization rooted in the past so it doesn’t move quickly or change quickly,” Gallagher said. “Where I think the church can do better is to help people experience that teaching... and there is a place in the church for everyone, including those in LGBT groups. I think the church, and Campus Ministry, can do a better job of accompanying and creating this space for members of the LGBT community.”

Putansu echoed this sentiment, and added that religion and sexuality can both be explored via an intersectional lens.

“There are many students who are Catholic or any other religious identity who fall into the LGBT community, and that intersection is something that’s really important and needs to be supported,” Putansu said. “They might not have been supported where they come from and I think that UP can offer a space to heal from that.”

GSP’s focus is helping students as much as they can, and they have big plans for next year, including expanding the leadership team. According to Harris, one student has expressed interest in serving as a liaison between GSP and Campus Ministry to continue working together. Furthermore, although the requirement for a Campus Ministry advisor has been removed from GSP’s constitution, it has been replaced with a statement of support, and both organizations are eager to continue to work together in the future.

“I think the Church’s announcement makes the statement that we have in our constitution from Campus Ministry even more important, and makes the work that GSP does and our presence on campus more important,” Harris said. “Students need those resources and need reminders that they are welcomed and wanted and loved on campus, and that’s ultimately what GSP is and will always be here for.” 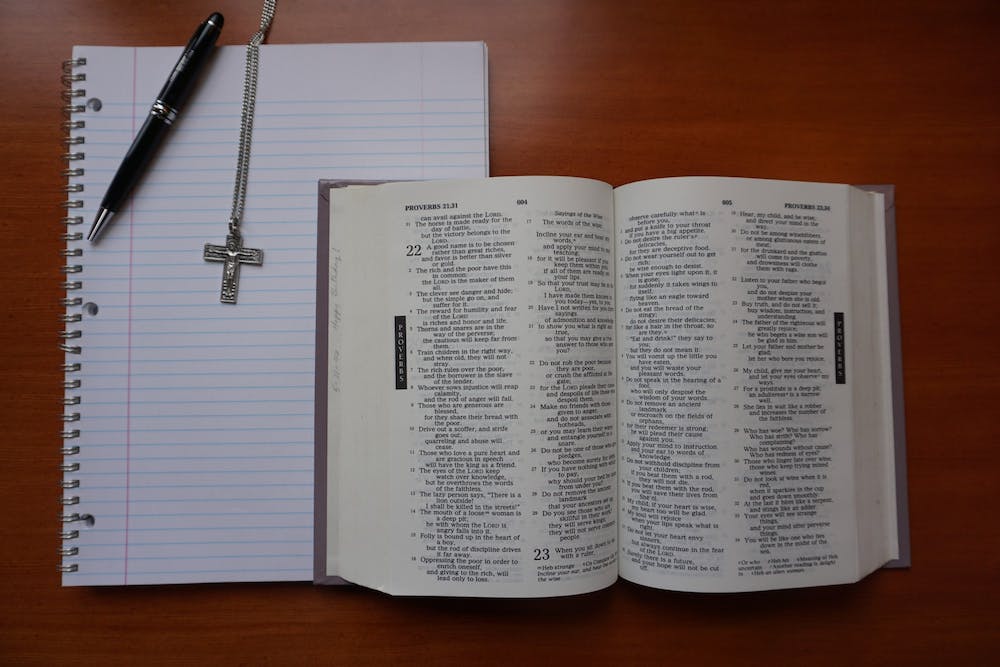