In Chapter 10 of "The Mandalorian", tensions run high after Mando, Baby Yoda, and their passenger crash on an icy planet.

After the exciting surprise character reveal at the end of last week’s episode that had my jaw on the floor, I went into Chapter 10 of The Mandalorian, “The Passenger”, with probably a bit too much anticipation and came out feeling underwhelmed. This episode didn’t acknowledge the cliffhanger of last week and dove into a new adventure.

After an ambush in the Tatooine desert, Mando treks back to the town of Mos Eiseley. There, in exchange for information about where to find more Mandalorians, Mando agrees to bring a passenger, Frog Lady, to the planet Trask so she can be reunited with her husband in time to get her last eggs fertilized. While they’re in space, Mando gets chased down by two X-Wing pilots and ends up crashing his ship, the Razor Crest, into an icy planet.

Tensions are high as Mando attempts to make repairs, tries to overcome a language barrier to communicate with Frog Lady and Baby Yoda causes mischief. The episode’s climax is a run-for-your-life sequence as the group tries to avoid certain death by a horde of terrifying Krykna, or monstrous ice spiders.

Unfortunately, the episode felt like filler — the overall plot was pretty generic, and in the end, nothing happened to advance the overall plot of Mando trying to return Baby Yoda to his kind. Nothing new was learned or gained, and considering the state of Mando’s ship at the end of the episode, he’s worse off than when he started. The episode ends with the trio still in transit towards their destination with no thrilling hook to amp up anticipation for the next chapter.

The special effects of this episode are top notch and on par with that from the franchise’s recent big budget movies. There are some great alien character designs and the action sequences are fun to watch and are a great reminder that at its core, Star Wars is an epic science fiction universe. But aside from the new creatures and the chase scenes, there wasn’t much about this episode that is likely to stand out in the long run.

However, in the overall span of the show, I think this episode could end up being important points in character development for both Mando and Baby Yoda. Frog Lady challenged Mando’s dedication to the Mandalorian Creed with a passionate plea, asking him to keep his promise to get her to her destination. We’ve seen the conflict that the Creed causes him from time to time, most notably in how it forbids him from removing his helmet around others, but it remains a steady pillar that informs everything he does. In this instance, it forces Mando to act if he wants to demonstrate that he can live up to thousands of years of a legacy stepped in honor and bravery. As the series continues, it is likely his faith will be challenged several more times, which could offer up interesting opportunities for character development.

This episode has the strongest parental themes yet. For a long time, Mando has just been looking out for himself and his own interests, but now he’s also responsible for a very small being who is much more perceptive and willful than he appears, making the task of caring for The Child a bit more difficult than he thought. The Frog Lady’s motivation is also family; she and her husband have made a lot of sacrifices to safely raise their offspring, a message that resonates with Mando, considering the sacrifices his birth parents made for him and all the risks he’s taken to keep Baby Yoda safe.

Baby Yoda gets into a lot of trouble this episode. Although it was made into a recurring joke this episode, he unrepentantly continues to eat Frog Lady’s eggs out of the container they’re being kept in despite Mando telling him not to several times. Whether Baby Yodas continued to do so because he didn’t understand their significance or just didn’t care, it was still upsetting to watch, knowing that Frog Lady is one of the last of her kind, and this is her last batch of eggs, her last hope to continue her family line.

And while the eggs weren’t treated as much more than a nuisance in the show and Baby Yoda does have the excuse that he’s, well, a baby, the Krykna chase, which The Child himself was responsible for setting off, could be foreshadowing that somewhere down the line, Baby Yoda is going to get himself and Mando into trouble with much more serious consequences.

While every show has its fair share of hit-or-miss episodes, “The Passenger” was definitely more of a “miss”. I’m hoping we jump right back into the action with Chapter 11, which comes out Friday Nov. 13 on Disney+. 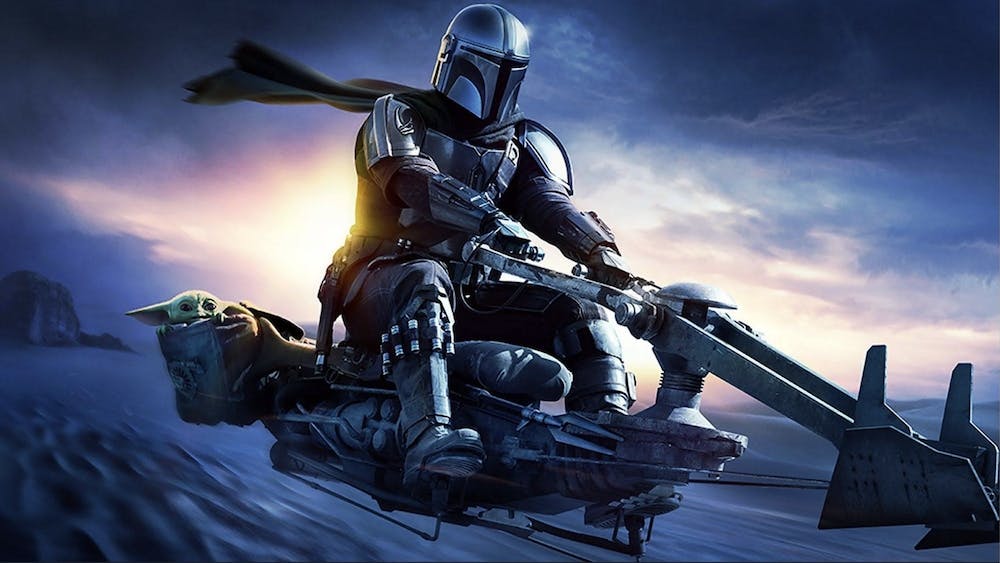