In the midst of the pandemic, online learning is affecting students' mental health in different ways.

It began with classes transitioning to online platforms and assignments piling up. It worsened with moving back home and saying goodbye to friends. Staying up until two in the morning on most school nights became a regular occurrence, which led to staying in bed until the early afternoon. For junior Aishani Saha, online classes hurt not only her grades, but also her mental health.

“My mental health was already kind of shaky, it was getting better actually, but then this happened and it got worse,” Saha said. “For me, I’ve always partly depended on social stuff like seeing friends but when that suddenly stopped, it was completely different. I slept in a lot, super late, which I think made my mental health worse; I would get out of bed at like 1 p.m., and I wouldn't get a lot done during the day, so I would just feel worse about myself so it just kind of went in circles.”

Last spring, time management skills were left in campus buildings and meaningful social interactions went away with the rushed goodbye to in-person classes, forcing students to change their usual routines, adapt to new learning environments, and get used to sitting in front of a screen all day long. For Saha, adapting to school from her parent’s home proved difficult.

“I’ve noticed that I feel really hopeless and my self esteem goes down when I don’t get a lot done in a day,” Saha said. “I still can’t really go out that often, being at home is really lonely for me as an only child.”

Saha isn’t the only one. According to a study conducted in June, 75% of college students reported feeling more anxious or stressed due to online learning. Now, with only 4% of colleges fully reopening their doors to in-person instruction for fall semester, online school has made this emotional stress the norm for most students.

Senior Spanish and psychology major Andre Jaurigui also found that the transition to online school took a toll on his mental health.

“My motivation definitely dropped, it was just such a sudden transition,” Jaurigui said. “I’m sure that it was pretty hard for everyone. It was pretty hard to go from having these very interactive in person classes to going online and professors not really knowing what they’re doing, students not really knowing what to do, so I feel like it was definitely hard to stay motivated towards the end of the semester.”

While Jaurigui has been living in Portland with his housemates, many students have been attending classes from their parent’s houses. Zoom class backgrounds have become a collage of different houses, varying time zones and a range of outside stressors that go unseen on camera.

“The first week of school, after the second or third day I was just so tired, I was ready to go to bed and not do homework,” Jaurigui said. “It’s just hard because you’re doing class online and most of your work content is online too so staring at your computer for several hours a day, it’s really exhausting.”

Jaurigui also explained that it can be difficult to focus on school when there are overwhelming societal issues occurring at the same time as classes, such as climate disasters, protests regarding institutional racism, and of course, a pandemic.

Junior organizational communication and Spanish major Rebecca Robles believes that professors have been so focused on classes that they forget students are also dealing with these issues.

“I thought with online classes, everything would be easier, but I feel like it’s the same amount of work but less motivation and encouragement from professors,” Robles said. “They’re like, yeah, sorry about the wildfires and I’m sorry about coronavirus and I’m sorry you’re home, but the assignment is due tonight at 11:59.”

According to Carol Dell’Oliver, director of the Health and Counseling Center, COVID-19 has made school more stressful for many students.

“It has significantly impacted mental health, and there’s more worries and anxieties around COVID related concerns,” Dell’Oliver said. “There’s also more of a sense of isolation when they're not around their friends as much, which is an important protective factor in their mental health. There is also more unpredictability and things that are out of their personal control.”

This unpredictability looks different for every student. A study showed that almost 80% of students felt they would be more successful if they lived with friends instead of their parents. However, this is not an option for many students, including Robles.

“I find being around people makes me feel better, and if they’re motivated, then I’m motivated,” Robles said. “I miss being on campus and having that community of support, not only for my education but also my mental health.”

Dell’Oliver explained that it is vital for students to find strategies that help them escape the stress of online classes and isolation.

“I think it’s important to try to create some teams around socially connecting with others, because it is such an important part of their emotional wellbeing,” Dell’Oliver said. “Also, trying to touch base with their friends on a regular basis, especially those friends they feel they can trust and talk to about whatever is going on.”

On top of this, Dell’Oliver recommends finding time to look away from screens and focus on simple forms of self care, which can include going on a walk or doing something more creative such as drawing or journaling. Students have found many different outlets to release the stress of online school.

Over the summer, Saha began making custom artwork and selling it online. She found that it has provided a good escape for her usual routine.

“I was planning on doing an internship, but that didn’t happen,” Saha said. “I started out with just some of my friends, and they’d ask for a specific picture or something. I started contacting people I know and they spread the word. I've always liked making art and making some money through it.”

Dell’Oliver also advised students to find different ways to spend their time to break the regular routines of the day. This could include joining virtual clubs, finding different environments to attend online classes from, or talking to friends and family regularly.

The Health and Counseling Center (HCC) is still available for tele-counseling appointments, Monday through Friday from 8:30 p.m. to 4:30 p.m. Dell’Oliver wants students to know that the counseling center is just as available to students as it would be during any other school year.

The HCC offers free short-term counseling for all UP students. Compared to previous years, the wait time for counseling services has been low, with most students getting to talk to a counselor within one or two days after contacting the HCC, according to Dell’Oliver.

Dell’Oliver said that much of the focus for the counselors over the summer was finding resources that students could use without having to wait for an appointment. These resources include contact information for outside referrals, resources to cope with living through a pandemic, as well as resources specifically for LGBTQ+ and cultural minorities to receive specialized support.

These resources, along with instructions on making a virtual appointment, can be found on the HCC website.

“We want students to know that we’re still here and we want to serve students in whatever way they might need,” Dell’Oliver said. 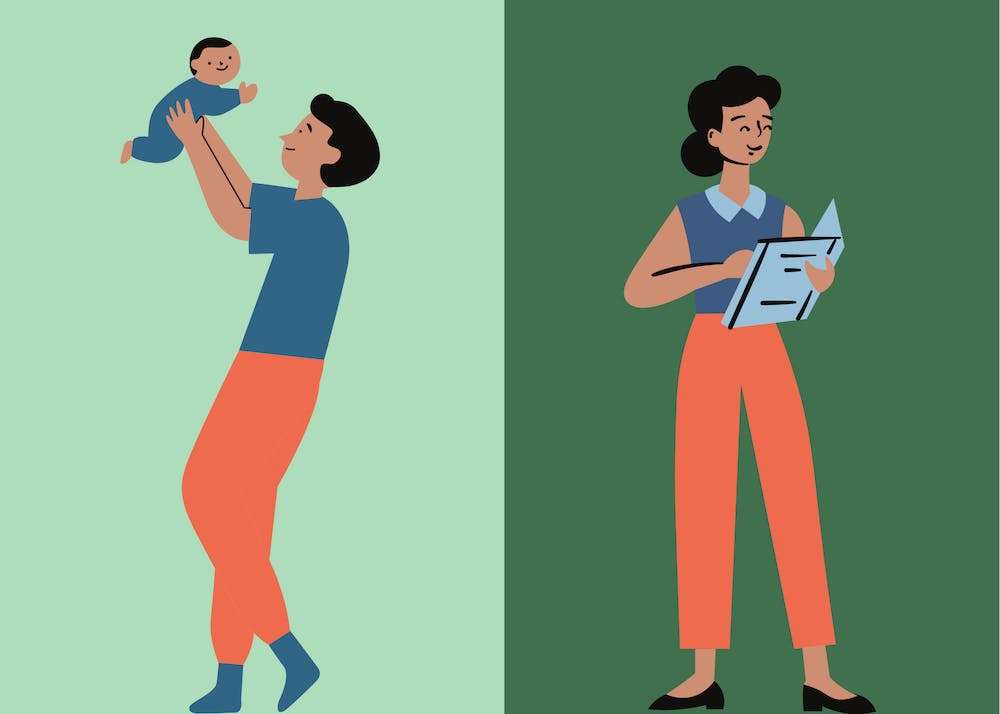