STAFF OPINION: The NBA doesn't have to give in to China

The NBA has finally returned. That adds a lot to my entertainment options and most likely subtracts from my other responsibilities. For the next 10 months, I’ll get to watch my favorite sports league continue to bring high-value entertainment — from unbelievable athletic feats to unnecessarily dramatic stories. (A player threw soup at an assistant coach one year! A GM quit via an impromptu press conference because he wanted to tweet more! A team botched a trade by almost accidentally getting the wrong player with the same name as the guy they actually wanted!) It’s going to consume my time for the foreseeable future and I love it.

One thing that I’ve always appreciated above all else is the league’s commitment to championing progressive values. Commissioner Adam Silver danced on a float at New York City’s gay pride parade in 2017 alongside Jason Collins, the first openly gay NBA player, and Golden State Warriors president Rick Welts, who is also openly gay. He banned former Los Angeles Clippers owner Donald Sterling for life for racist remarks that were caught on tape. Multiple players, such as LeBron James and Dwyane Wade, have spoken out about police brutality and racism through several protests. There’s a laundry list of players fighting for what they believe in, dating all the way back to the ‘60s with Bill Russell. No league aligns better with my values.

But the NBA’s standing as the most progressive league in sports was tested when Houston Rockets GM Daryl Morey sent a tweet supporting the protests in Hong Kong earlier this month. One tweet has caused a major riff between China and the NBA. China suspended preseason NBA broadcasts in the country. Several Chinese sponsors put a stop to their relationship with the NBA.

Chinese social media giant Tencent — who the NBA signed a five-year, $1.5 billion deal with —  didn’t air several Rockets preseason games because of the controversy. Eric Griffith from Blazer’s Edge noted that Tencent was responsible for up to $2.1 million in cap space for teams just five years ago. Tencent also only aired the Lakers-Clippers game on Tuesday while Chinese state TV did not air any opening night games.

The NBA has been aggressive about expanding to China since Silver took over. It has continued its expansion even as tensions between the U.S. and China continue to rise. A Pew Research Center poll from Aug. 13 noted that only 26 percent of Americans had a favorable view of China.

Now, the NBA has a problem that actually affects their wallet. It’s easy as a league to have a variety of players come out against police brutality and gun violence, while also being in favor of banning racist owners and LGBTQ+ rights. It hasn’t affected their wallet and falls in line with a generally progressive audience. But the China situation is the first time that money has been at stake, with the business relationship between China and the NBA being worth upwards of $4 billion.

Players and coaches have made it clear it can hurt their wallets too. LeBron James, arguably the sport’s most popular figure, criticized Morey for his tweet and for not being educated enough on the situation, even though most people recognized LeBron has his own financial interests in mind. Golden State Warriors head coach Steve Kerr — who has never been afraid before to share his opinion on political issues — said that he didn’t feel comfortable talking about the Morey situation, drawing plenty of criticism. A CNN reporter was shut down after asking Houston Rockets guards James Harden and Russell Westbrook about the situation. Current players and coaches aren’t saying much, even though some former ones are.

It’s something that has drawn attention from politicians on both ends of the ideological spectrum. Lawmakers ranging from Alexandria Ocasio-Cortez to Ted Cruz signed a letter condemning the NBA for not standing behind Morey more firmly for his tweet. Vice President Mike Pence has accused the league of being a subsidiary of China (former player Charles Barkley didn’t like that). Our current president was very critical of Steve Kerr’s empty comment. It’s the one thing politicians can agree on; the NBA doesn’t need and shouldn’t want China.

This isn’t going away soon. On opening night, a child tricked the L.A. Clippers dance cam into zooming in on his Clippers shirt, only to reveal a Hong Kong shirt. Several NBA preseason games featured Hong Kong protestors in the stands, with fans being escorted out of a game in Philadelphia for wearing pro-democracy in Hong Kong shirts while others had signs supporting democracy in Hong Kong at a game in Washington D.C. confiscated. It’s naive to think that this is something that will just go away on its own.

It’s a difficult situation for Adam Silver — who has been hailed as the top commissioner of the major sports leagues for so long — that isn’t going to be resolved anytime soon. He had some missteps early on, most notably failing to support Morey as much as he could initially. But he’s since done much better, not bowing to China’s demands to fire Morey and admitting he was trying too hard to appease both China and his business interests. He’s made clear the values of the NBA, even if that has made China mad.

Adam Silver called China’s bluff, and I hope he continues to do more to expand basketball without bowing down to China’s demands. There are other options. Ethan Strauss of The Athletic pointed out that the league’s efforts to expand to China have caused Silver to not focus as much on the domestic product, something other sports have done significantly better. Focusing on viewership in the U.S. could be heavily beneficial to a league whose ratings are struggling. Reid Rofrave of the New York Times pointed out how India could be the next billion-dollar market for the NBA. There are other avenues to pursue. China is not the end-all, be-all — even if the situation has put them in crisis mode now.

I don’t know how this situation is going to be resolved, or if it ever will be. John Gonzalez — a reporter for The Ringer who reported that Morey’s job security was at one point discussed after the tweet — pointed out that the relationship between China and the NBA isn’t something that can just be reset. Silver has already said the losses have been substantial. It’s definitely not good. AlI I know is that the NBA has always been the one league that seems to get it right most of the time. I understand that the NBA is a business and will ultimately try to figure out a solution that benefits them economically. But I am not for supporting a league that is willing to sacrifice morals for a dollar. 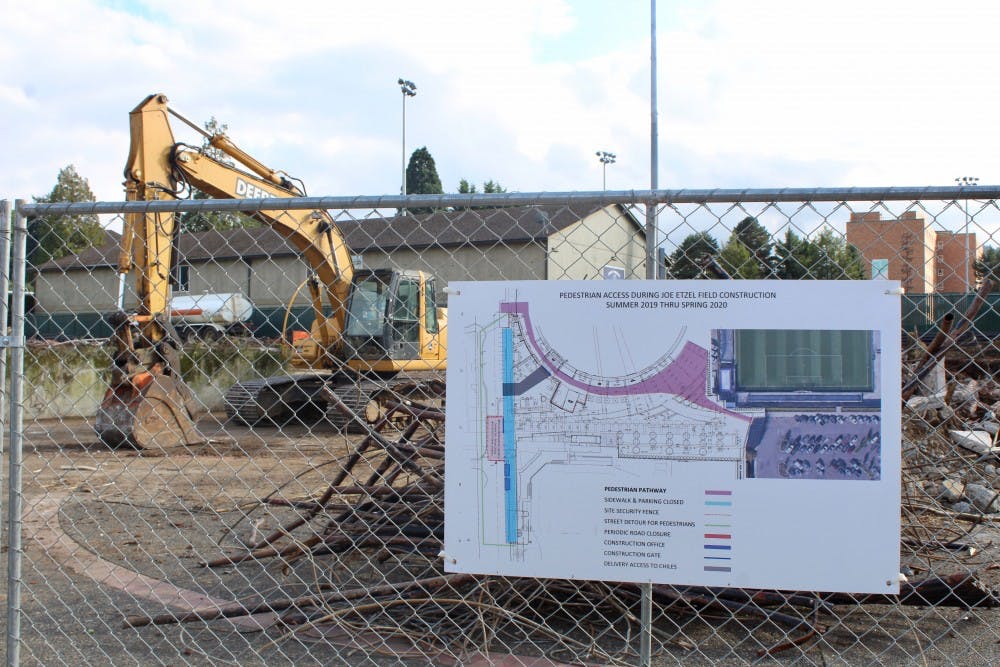 What to know about the baseball stadium and Plaza construction